Bibek Debroy concludes his Mahabharata series with a cosmic flourish 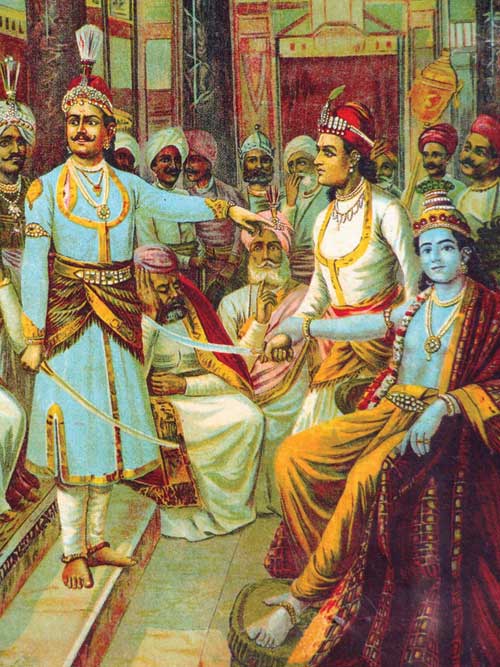 IT IS WITH the pleasure of fore-knowledge and a sense of familiarity that we come to the Harivamsha in Bibek Debroy’s new translation, a grand finale to his admirable effort as a translator of the complete Mahabharata. In the Harivamsha , we encounter beloved stories and characters—Putana’s death, the lifting of Mount Govardhana, the dance on Kaliya’s head. We feel Devaki’s pain and Vasudeva’s fear, Yashodha’s love for and exasperation with her naughty boy child, Balarama’s solid presence, the bewildered enchantment of the gopis and Krishna’s own knowing playfulness. Knowing the stories or the text should not prevent us from reading this book. In fact, it should give us the reason to read it and enjoy the stories anew.

The Harivamsha, which itself has three parts, concludes the mighty Mahabharata with lists of genealogies and various cosmogonic myths that we know from other Puranas. None of these are particularly interesting. But the heart of this text is the Vishnu Parvan where we are told a story of Krishna that unites all the seemingly disparate elements of his life—from miraculous child to enchanting lover to wily prince. In the Mahabharata, we know Krishna as the ruler of Dwarka, a cousin to the Pandavas, Arjuna’s beloved friend, a seasoned diplomat and a ruthless military strategist. The other cycles of Krishna stories (his childhood and adolescence) lie outside the Mahabharata and there has been speculation on whether or not these stories are actually about different Krishnas. Being a later addendum to the Mahabharata, the Harivamsha unites these many Krishnas in a single, linear narrative. It also establishes Krishna’s indubitable divinity and places him in the sequence of Vishnu’s dharma-saving avatars within Hindu mythology.

There is much in the Harivamsha that resembles the structure and content of the eighteen Mahapuranas, those sprawling texts, mostly named for the gods, that become the compendia of popular Hindu myths. Often, the Puranas tell the same stories, but each of them has its own version of the tales. As such, what we see of Krishna in the Harivamsha does not exhaust what we know of him, for he appears in the Bhagavata Purana and elsewhere, performing miracles, seducing women and upholding dharma in all that he does.

Like the other Puranas, for the most part, the Harivamsha is primarily interested in telling stories, so there isn’t really that much to appreciate or enjoy in terms of language and the ornamental flourishes that characterise so much other Sanksrit literature. But even though the reader may know the stories already, they are quite wonderful in this recension, keeping even the knowledgable reader attentive and engaged.

Despite what we already know and love so much about the Krishna story, the Harivamsha can surprise us with what it holds within it. I was certainly taken aback to find an explicit and entirely unexpected passage about environmental degradation. After he has pulled down the two trees with the mortar stone, young Krishna decides that it’s time for the cowherd community to move to another part of the Vraja (Braj) region. The Harivamsha, at this point, reads like any contemporary text about a land that has been over-grazed by cattle, being slowly parched from the loss of too many trees. ‘Since the gopas have destroyed the trees, the grass and wood have also been exhausted. These groves and forests used to be dense . . . all those radiant trees have been consumed as firewood by the gopas. What used to be inexhaustible has now been exhausted. Firewood and grass used to be available nearby. However, now we have to look for these in places that are far away. This forest has only a little bit of water and kindling left. Its foundation has been destroyed. . . No happiness can be found here.’

There is no doubt at all that whoever wrote the Harivamsha (it is attributed to Vyasa) absolutely adored Krishna. The descriptions of him are loving and the story is basically a series of miracles and wondrous happenings with Krishna at their centre. Rutting elephants are killed, giant wrestlers are defeated, Kamsa meets the gory end he deserves. We also learn why Krishna treated Jarasandha and Shishupala the way he did in the Mahabharata. Readers should be able to glide through the casual violence of these episodes, carried forward on a surge of devotional fervour as they watch Krishna and his brother Balarama overcome their enemies and the forces of evil. But even if the reader is not a bhakt, surely s/he will be compelled by the urgent pace of the Harivamsha and the sense of Krishna’s manifestly extraordinary destiny.

What the Harivamsha does not contain and which we know from the Mausala Parvan of the Mahabharata, is the ghastly drunken massacre that kills all Krishna’s people— Vrishnis, Andhakas and Yadavas. In a surreal episode, the blades of grass around them turn into clubs and the clans use these to bludgeon each other to death. It also does not speak of Krishna’s own lonely and poignant death, a result of a curse from Gandhari. A hunter mistakes Krishna’s foot for the ear of a deer and shoots him in the heel. The great god dies as Gandhari had declared, alone and like an animal. How interesting it is that our gods, too, must die, that they also carry karmic residue which must be burned away, that they can be cursed because of what they have done to others.

Debroy has a fast and easy translation style that suits the nature and content of the Harivamsha. Rarely pausing for breath (it would seem), he presents the reader with a locution that closely resembles the Sanskrit, not rearranging the words in a sentence so that they follow an order more natural to English. As such, it is likely that Debroy’s translation is the closest that a reader will get to the feel of the Sanskrit text in terms of grammar and syntax. Nor does Debroy eliminate the repetitions or the patronymic and adjectival descriptors that become names for the heroes. The book is lined with footnotes, over 1,100 of them. Some are fascinating and reach across texts and stories and genres to provide clarity for the reader. There is no doubt that Debroy is a master of the universe in which he works and so it’s disappointing when some repeated footnotes (such as ‘the word used is tata’ explaining an endearment translated as ‘son’, for example) are really quite redundant, adding nothing to the reader’s knowledge or pleasure. In the main, however, Debroy’s footnotes enhance his translation, particularly because he makes no concessions for easy reading.

The Harivamsha concludes with a section entitled Bhavishya Purana, an absolutely fascinating projection of what the world will be like in the Kali Yuga. While some of it might make us smile, there is much that we will recognise about the times in which we live. Not least, ‘…the land will become desert and highways will traverse through the interiors of cities… sown seeds will not lead to crops… harsh winds will blow during the rain season, inferior and laced with showers of stones.’ Few, if any, footnotes are required here.