This is a necessary book about a neglected man, and it’s all the more creditable that a foreigner should have taken the trouble to write it 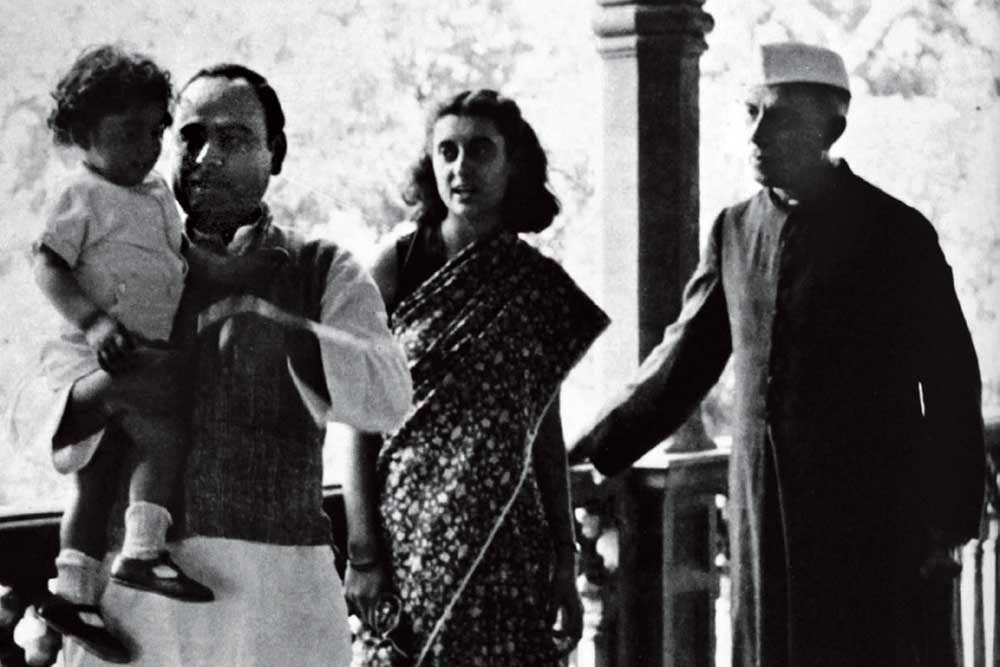 ONE OF INDIRA Gandhi’s biographers suggests India’s history might have been very different if her husband had had an uninspiring but not untypical Parsi name like Sodawaterbottleopener. Some of Mrs Gandhi’s critics claim Gandhi wasn’t Feroze’s name to start with. Others make him out to be a Muslim. Far from glossing over these whispers, Bertil Falk, an octogenarian Swedish journalist, discusses them thoroughly to tell us that Feroze’s surname was spelt differently before his marriage. He also admits the possibility that his real mother may have been the sister of his putative mother. If so, who was the father?

That’s not mentioned, reinforcing the suspicion that ‘the forgotten Gandhi’ might more appropriately be called ‘the unknown Gandhi’. He is central to any Indian narrative for without Feroze ‘there would not have been Sanjay or Rajiv Gandhi …’ while Indira Gandhi ‘could have become Frau Indira Oberdorf and settled in Germany’. The reference is to Frank Oberdorf, a considerably older German suitor she met first in Santiniketan in 1933, the year Feroze left prison.

But despite Falk’s meticulous research and abundant detail, even to reprinting his hero’s birth certificate, Feroze remains something of a mystery to the end of the book. Birth, religious beliefs, his feelings for his wife and sons, his thoughts on Jawaharlal Nehru, and political ambitions are all veiled in obscurity. There are those who thought he would have succeeded Nehru as Prime Minister had he been alive. There were also those whose dismissive attitude produced the bitter lament, “I’m nothing. I’m only the son-in-law.” He yearned to be master of the house and more, but cruel fate cast him in the role of what is derided in Bengali as ghar jamai, literally ‘house son-in-law’. He tried to shrug off that part but the circumstances of his physical walk-out are not very clear. There is no mention of the much-discussed occasion when he was apparently asked to move out of Teen Murti House to a tent in the garden, which is said to have played a decisive part in the estrangement.

Nevertheless, this is a necessary book about a neglected man, and it’s all the more creditable that a foreigner should have taken the trouble to write it. Falk is thoroughly at home not only with the complexities of Indian politics but with the eccentricities and angularities of Indian politicians. But he came on the scene long after Gandhi’s death and some of the authors he relies on—including the highly praised Katherine Frank—are guilty of some outrageous inaccuracies in their own books on the Indian scene. Also, although his subject became something of an idée fixe with Falk, the details of his life were not fully documented, possibly because he wasn’t regarded as important enough. There are hints that Gandhi invented incidents. There are suggestions of financial jiggery-pokery. Nikhil Chakravarty is quoted as saying, “Feroze Gandhi had no moral scruples.” Readers cannot but be baffled by the factors that lay at the core of Feroze Gandhi’s lonely and troubled life.

What Falk has produced therefore is a political biography that is somewhat short on the personal details that alone can bring a character to life. However, he lives up to the claim that his subject ‘will be remembered as a fearless champion of the rights of parliamentarians and sovereignty of parliament’. If anything, he takes the boast a shade too far by arguing that democratic India is more Feroze’s handiwork than Indira’s. ‘In the long run, it is rather the legacy of Feroze than the legacy of his wife, that is alive and kicking,’ he gushes apropos of the dismissal of the world’s first freely elected Communist government in Kerala, which apparently prompted Feroze to call Indira a ‘fascist’. Falk believes that thanks to Feroze, ‘Indian democracy is at work at the national and the regional levels as well as the local level.’ He goes on to bestow on Feroze an even more lofty global role by describing the ‘federal India’ of his dreams as ‘in many respects a democratic model for the world.’

The appendix reproducing Feroze’s Lok Sabha speech on the LIC-Haridas Mundhra scandal is significant. “Mr Speaker,” he warned after admitting that the speech was caused by a “mutiny in [his] mind”, “there is going to be some sharpshooting and hard hitting in the House today, because when I hit, I hit hard and expect to be hit harder. I am fully conscious that the other side is also equipped with plentiful supplies of TNT.” The debate forced Finance Minister TT Krishnamachari, a Nehru protégé, to quit. It was the first of many scandals to rock Indian politics, and the first important resignation. The Prime Minister can’t have been pleased.

Also noteworthy was Feroze Gandhi’s opposition to pandering to caste and religion. He spoke prophetically when he warned against electoral pacts with the Indian Union Muslim League and Hindu caste groups, “Today in Kerala you have forged the instrument of your own destruction. If this instrument is not destroyed, this instrument is going to destroy us.” He was prescient. His grandson may well be presiding over the liquidation of a party that courted the very forces it had pledged to destroy. Feroze tried to uphold the best in Nehru’s secular, socialist democratic ideals, believing these qualities to be essential for the survival of a federal nation that respected parliamentary rights and free speech. He would have no truck with the corruption that was ‘rampant’ in India.

Falk says ‘he was the first to attack [corruption] in 1955, only eight years after India became an independent nation.’ The following year he piloted the Parliamentary Proceedings (Protection of Publication) Act 1956 which empowered media as well as members of parliament. His wife amended the Act during the Emergency but it was brought back in 1977. But it must be admitted without minimising Feroze’s convictions and achievements that he did not say or do anything that Nehru himself would not have said or done if he had remained true to his convictions. Nehru’s weakness lay not in deviating from his principles or in producing convoluted justification for violating them— those were left to his daughter—but in making allowances for friends and family. That was not Feroze’s way… most of the time, if one overlooks the nepotism involved in providing him with jobs in the National Herald and the Indian Express.

What were his wife’s thoughts when he began to ride the moral high horse? We know something of Nehru’s embarrassment but Indira Gandhi kept her own counsel. Was she anguished, angry or indifferent when news of his philandering reached her, as it must soon have done in the incestuous world they inhabited? When did the couple fall out of love, if ever they were in love? And what of her supposed amours of which Falk makes only passing mention? Readers will remember the blank pages of the chapter intriguingly titled ‘She’ in MO Mathai’s memoirs Reminiscences of the Nehru Age. ‘Feroze had been proposing to me since I was sixteen, it was on the steps of the (Basilica) of Sacre Coeur, Paris, that we finally decided. It was the end of summer, Paris was bathed in soft sunshine…’ she wrote in romantic nostalgia with no mention of PN Haksar discovering they lived together in London.

The Paris bit sounds a shade too stylised to ring true, like the moving letters Mrs Gandhi wrote to Dorothy Norman. They make one wonder if even then she had an eye to future publication. Her actions always had a hidden dimension. That she was sent down from Oxford is barely mentioned. Nor was it admitted that she filed suit for a share of Sanjay’s estate for political and not financial reasons: she wanted to establish again that Feroze was not a Zoroastrian and that as a Hindu widow, she was one of her intestate dead son’s heirs.

How will the future remember her husband? ‘Candidly speaking,’ Falk says, ‘Feroze was as much a founding- father of the Nehru-Gandhi dynasty as were Motilal and Jawaharlal Nehru.’ But history gives short shrift to even acceptable prince-consorts. Alarmed by Lord Mountbatten’s dynastic ambitions for his nephew, Prince Philip, who had married the Queen, the British legislated that her descendants would belong to the House of Windsor which was her name. A frustrated Mountbatten tried to get his own back by privately publishing a book that argued that between the date of Queen Elizabeth’s accession and the passing of the new law the House of Mountbatten sat on England’s throne. Outwardly at least, Mrs Gandhi was less disloyal to her husband’s family. But she did slip Nehru into her married name.