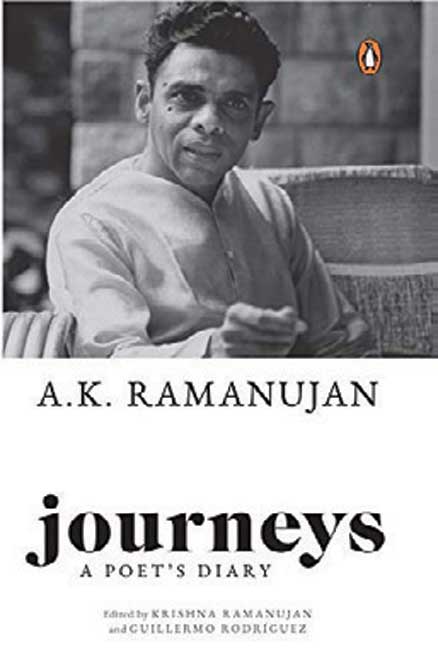 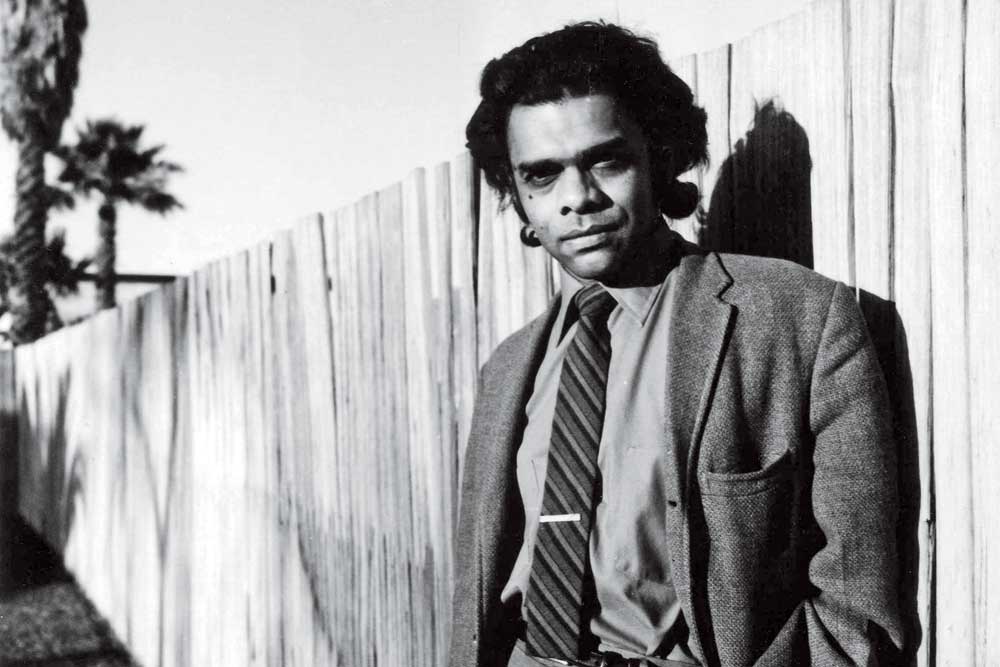 MY FIRST TIME in an archive was at the Special Collections at the University of Chicago’s Regenstein Library. Outside, it was glacial. Inside, the temperature was perfectly controlled, essential to preserve the millions of documents the archive contained. An archivist at the desk asked to see identification, then led me to a sound-proof cubicle. A few minutes later, she brought the first of the dozens of numbered boxes I had asked to see. I awkwardly took the lid off to find staring back at me a piece of paper gone green with age, bearing the signature of the ‘Secretary, Secondary Education Board’. On it were the words:

‘Certified that Ramanujan, A. K., son of Mr. Krishna Swamy Ayyangar, A. A., who appeared for the S.S.L.C. Public Examination of 1944 with Reg. No. 5196 for a Supplementary Certificate, has passed in the first class.’

Around 75 years ago, a young AK Ramanujan, an underweight boy growing up in a Tamil Brahmin family in Mysore the son of an eminent professor of mathematics, would have clutched this very piece of paper. Barely 16 years old, he was still a few years away from the transformative experience he was to have at the Maharaja’s College, Mysore, studying English and Kannada literature and running the literary society. What could he have known then of what his twenties would have in store: the loss of his father, a series of demanding and ill-paid temporary lecturerships in English across south India, the fortuitous grant that took him first to Pune to study Linguistics, and then the scholarship that would take him to the US for a PhD on Kannada grammar, completed around the time of his thirtieth birthday.

His thirties would see things finally begin to go his way. Appointed to teach Tamil at the new programme in South Asian studies at the University of Chicago, he quickly showed his colleagues he had more to offer than the fluency of the native speaker. First, there was surprise at a brown man purporting not only to correct their pronunciation of retroflex consonants but also their interpretations of texts. But soon colleagues warmed to the diminutive, gentle poet-scholar they had hired. The 1960s saw the publication of his first collection of English poetry, The Striders (1965), and his influential translations of Tamil love poems from an ancient anthology, the Kuruntokai. The renderings in The Interior Landscape (1966) showed that their translator had not only internalised a hundred years of scholarship, written by both Indian and Western scholars, but found a way to recreate the subtle, ironic, allusive character of the ancient poems in an unpretentious modern American idiom.

Subsequent decades saw Ramanujan publish translations of the radical, anti-hierarchical poets of the 12th-century Virashaiva movement in Karnataka, and the Azhwar poets of the Tamil devotional tradition, translations that strove to do justice to the poets’ theology and politics as well as their gift for the striking metaphor. The recipient of a MacArthur ‘Genius’ grant, he devoted his fifties and early sixties to the translation and interpretation of folk tales from south India, looking to these stories and the oral tradition in the so-called vernaculars for a more democratic, ‘ground-up’ view of Indian civilisation than one from Sanskrit sources. Ramanujan’s death was untimely, an adverse reaction to anaesthesia for a minor operation he had in 1993.

These were the public facts of his life, facts that give the misleading impression of a life planned until the end. His archives, carefully built up over his career and lovingly arranged and preserved by the university where he spent most of his adult life, make it possible to tell another story: not the CV account of triumph after triumph, but something darker and more muddled. The archive, with its wealth of correspondence, private diaries and drafts of later famous poems, shows a scholarly and poetic mind at work. More importantly, it gives us a glimpse of what lay behind the public figure, what neuroses and what struggles.

Ramanujan’s papers help flesh out our impression of him as a human being vulnerable to the usual foibles: irritability, envy, vanity and despair. But they also deepen our understanding of his published work and the intellectual qualities they radiate: their easy multilingualism and their instinctive rejection of caste and other hierarchies. Until recently, the only way to see these papers required a visit to Chicago. In 2016, a Spanish admirer of Ramanujan’s work, Guillermo Rodríguez, quoted extensively from them in a scholarly monograph published by Oxford University Press, When Mirrors are Windows: A View of AK Ramanujan’s Poetics. Rodríguez’s book was detailed to a fault, inevitable given its origins in a PhD thesis, and was never likely to find many readers outside university literature departments. But Rodríguez has since secured the editorial partnership of Ramanujan’s son, Krishna Ramanujan, and has assembled the archival materials into a self-standing volume where the poet can speak for himself, no longer obscured by the scholarly scaffolding.

Journeys: A Poet’s Diary (Hamish Hamilton; 395 pages; Rs 599) includes none of the correspondence—perhaps it too will be published in due course—but concentrates instead on material that was written with half an eye to eventual publication. In a note from 1976, Ramanujan describes his hopes for his journal, ‘chiefly notes to myself, with no pretensions to style or scholarship, but as explorations, passages from one thought or feeling to another. […] I needed them even to form my thoughts, and to see what I was looking at, to listen to what I was hearing. I am publishing them now, making them public, so that the private may find a place in a larger discussion, just as the larger discussions entered my private journal.’

Much of the value of Journeys lies in it illuminating the period of his life about which we know least. It is easy to forget, given his successes in the American university system, that those successes came fairly late. His first 30 years were spent in India, and much of his adult life there spent moving from one south Indian town to another (Mysore, Madurai, Belgaum, Quilon). He found something to love in all these places: Mysore was an ‘extraordinary place’ where he came to know such luminaries of Kannada literature as Gopalakrishna Adiga, Kirtinath Kurtakoti and P Lankesh. He liked ‘easy, indifferent Quilon’ and the ‘prosperous neat streets [and] rich food’ of Madurai. In Belgaum he made the acquaintance of the young Girish Karnad, then a mathematics student at Dharwar, with whom he fell into a casual mentoring relationship. Everywhere, he seems to have been a popular lecturer, admired for his wide reading and critical confidence. As Girish Karnad puts it, ‘In those days when our teachers approached English writers with excessive reverence, he treated them all as if they were there laid out for our re-evaluation.’

Much of the value of journeys lies in it illuminating the period of Ramanujan’s life about which we know least. It is easy to forget that his successes came fairly late

But throughout these years, there was also a deep frustration, a longing for freedom and self-expression that could not be realised with his family so close. In his vivid, evocative journal of his long sea journey to America along with his fellow Fulbright scholars, he described his isolation—more generally the isolation of the educated Indian in the 1950s—to an Australian co-passenger: ‘with 16.6 per cent who can read at all, and an overlapping 20 per cent who are in cities like him, and only about 2 per cent English-knowing, and still fewer having his rationalist views; with fathers highly educated and mothers ignorant but strong in their hold on him; [with] every prudent man having a caste and insisting on it, and he having none, [but] not modern enough to be entirely abreast of Western ideas, because books don’t come too fast to India.’

The sense of being too late, too far away from the centre of things, produced a restless personality, who made to-do lists with ambitious items such as ‘learn two languages, read Indian history, build a firm physique and good habits, cultivate an art.’ But how handsomely his early labours were rewarded in later life!

THROUGHOUT HIS POETIC career, Ramanujan had to fend off the charge that his poetry was too cerebral, too controlled, to be truly moving. The critics were on to something, but the charge is, on the whole, unfair. In any case, the inspirations of Ramanujan’s poetry were—as he repeatedly says in his diaries—unconscious, and ‘un-willed’. His favourite term to describe this experience was ‘grace’, a word he uses without any of its usual religious connotations. A journal entry from 1976 reveals how he conceived of it:

The poems, too, when they come, surprise me, I feel a poem has chosen me, not me the poem—and this is not me being mystical. […]

Teaching myself as an Ouija board, to spell out my deepest desires. If nothing came of it, I could always say to myself, I didn’t try for it anyway; if I got the job, the book, the friendship of a person, there was a sense of getting it gratis, by grace, without any stirring or waiting. […]

The most daring inclusion in this book is the set of ‘notes’ Ramanujan wrote during a brief period of experimentation with the drug mescaline in 1971. The experiment seems to have begun after his separation from his wife, the writer, critic and charismatic creative writing teacher Molly Daniels. Daniels had a complex relationship with Ramanujan that involved multiple separations and reunions. The ‘Mescalin notes’ are, as one would expect, not wholly grammatical or coherent, but they are rich with phrases and images that appear, much transformed, 15 years later, in his next published collection of poetry, Second Sight (1986).

I rubbed myself
with a Sears turkey– [sic]

These words will seem both familiar and unfamiliar to those who know his poem Extended Family, a classic of many college- level poetry anthologies. We have the origins of many of that poem’s images: the memory of father bathing, the Sears towel, the childish reference to the ‘peepee’. But the published version goes well beyond the raw imagery of the drug-fuelled notes:

I am not yet
may never be

Ramanujan’s lines concern the nature of the self, but they could just as well be a reference to his poetic future, dependent on critics and biographers he would never meet. ‘Poetry,’ Ramanujan once said to his older poet friend Nissim Ezekiel, ‘should not be self-indulgent.’ His instinct was always to cut: ‘Sacrifice, so that nothing can be removed from the poem.’ His own poems certainly have this quality, and the archives contain many hundreds of unpublished drafts, some of which eventually led to published poems, many simply abandoned. As he wrote in a journal entry in 1976, ‘Yet one works for grace in some secret way, works at it—as one does at a poem that has ‘come’ to you. Pasteur said, ‘Chance favours only the prepared.’’

Hardworking and widely read, Ramanujan was as prepared as any poet has ever been. This volume makes it clear just how much effort went into his greatest achievement, that of making it all seem effortless.

Nakul Krishna
Nakul Krishna is a lecturer in philosophy at the University of Cambridge, UK