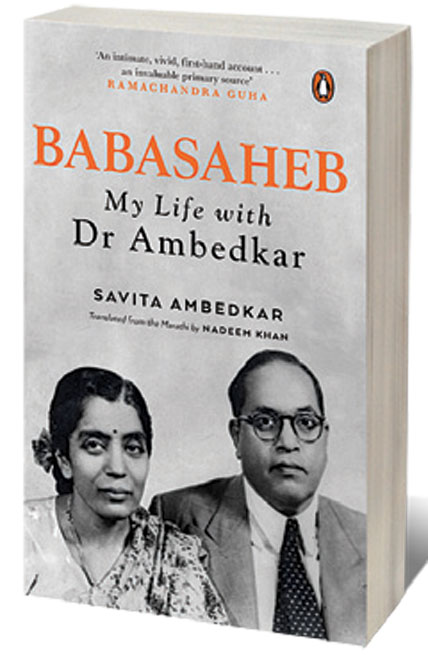 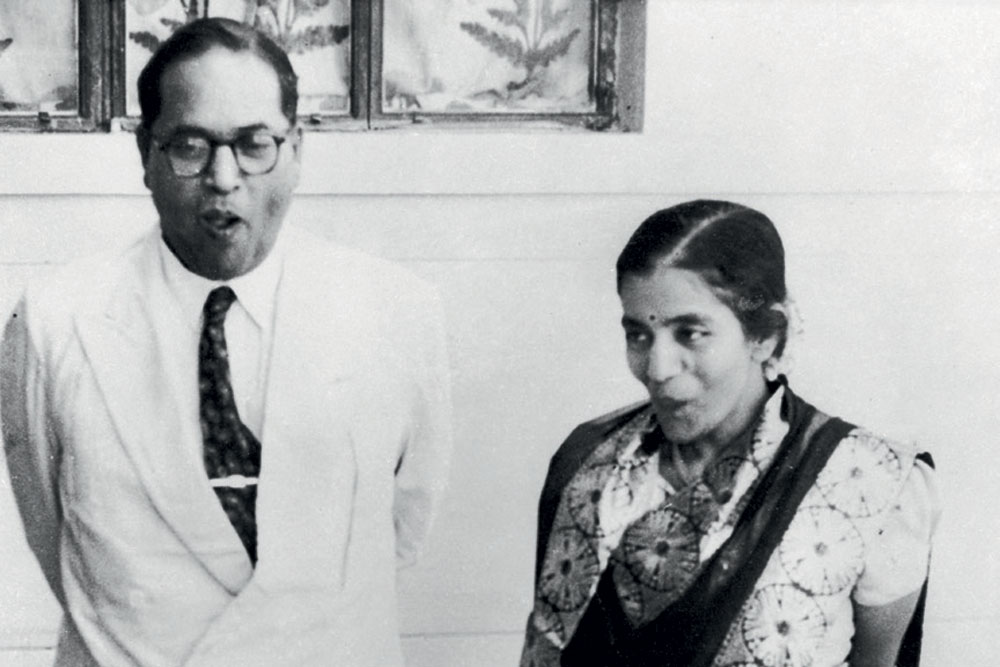 BR Ambedkar and his wife Savita Ambedkar on the day of their wedding, 1948 (Photo: Getty Images)


BABASAHEB AMBEDKAR IS amongst the greatest leaders and statesmen of the modern world. Babasaheb, My Life with Dr Ambedkar by Savita Ambedkar, translated from Marathi by Nadeem Khan provides a glimpse into the inner workings of the mind and heart of the individual behind the public persona. Dr Sharda Kabir married Ambedkar and became Savita. She played an important role in Ambedkar’s intellectual journey from the late 1940s till his death in 1956.

Savita Ambedkar has deep respect and admiration for her husband whom she refers to as a philosopher’s stone who turned her life into gold. The founda­tion of their relationship was a shared religion of equality and a common belief in Gautam Buddha’s teachings of peace and non-violence. She belonged to a well-educated Brahmin family, which supported her medical education and stay in a hostel, a rarity in India of the 1930s. The book carries excerpts from intimate letters between the betrothed pair. It brings out the human side of the characters involved and provides insights into Ambedkar’s thinking on some of the most crucial issues before humanity such as relationships, the status of women, social equality and caste.

Ambedkar’s belief in equality of the sexes comes across at several points in the book. “Marriage can be founded on love, which can be described in no other terms except the longing to belong.” However, the entire world views their marriage only through a caste lens. “Hindu Brah­min weds untouchables’ leader forfeiting her caste right to enter heaven,” screamed one of the several headlines in the media. Although the love between the couple is boundless Savita does not feel accepted by some of Ambedkar’s close associates.

As law minister of independent India, Ambedkar was working relentlessly to draft the Constitution despite failing health and severe pain. Handing over the draft document to the Constituent As­sembly in November 1948 was a golden moment for the couple. The Hindu Code Bill was to be the next milestone—their relationship seems to grow in tandem with the historical developments of the time. Ambedkar faced a lot of criticism as the Bill was labelled anti-Hindu. In reality, the Bill provided for equal rights of men and women, women’s share in property, an end to bigamy, besides over­all independence to women. Some of Ambedkar’s revolutionary thinking on women’s emancipation gets highlighted in his responses to the criticism of the Hindu Code Bill. According to him if you want to maintain the Hindu system, Hindu culture and Hindu society, then it is imperative to repair where neces­sary. The Bill was one such effort. He used arguments based on religious texts as well as logical ideas to defend the Bill calling for reform in society. He was success­ful in including key aspects like divorce, monogamy, adoption laws, daughters’ rights, women’s inheritance and recognition of the joint family system.

Savita and Ambedkar jointly participated in setting up Dalit organisations, educational institutions and other measures for social upliftment. Ambedkar was the architect of modern India and Savita was happy to be able to assist him. She dutifully took care of his health as a doctor and a nurse, cooked dishes of his choice and accompanied him to all his travels, official as well as for social activism towards helping to create a casteless society. The book provides valuable first-hand testimony to some of the key historical occasions of independent India. Ambedkar, the visionary, was ahead of the times in his thinking as well as life practices. This intimate and personal account of a woman in his life highlights that he practiced the values and principles that he preached. Their marriage was indeed a revolutionary step in an era of conservatism and patriarchy.