What did the Beatles seek in India? 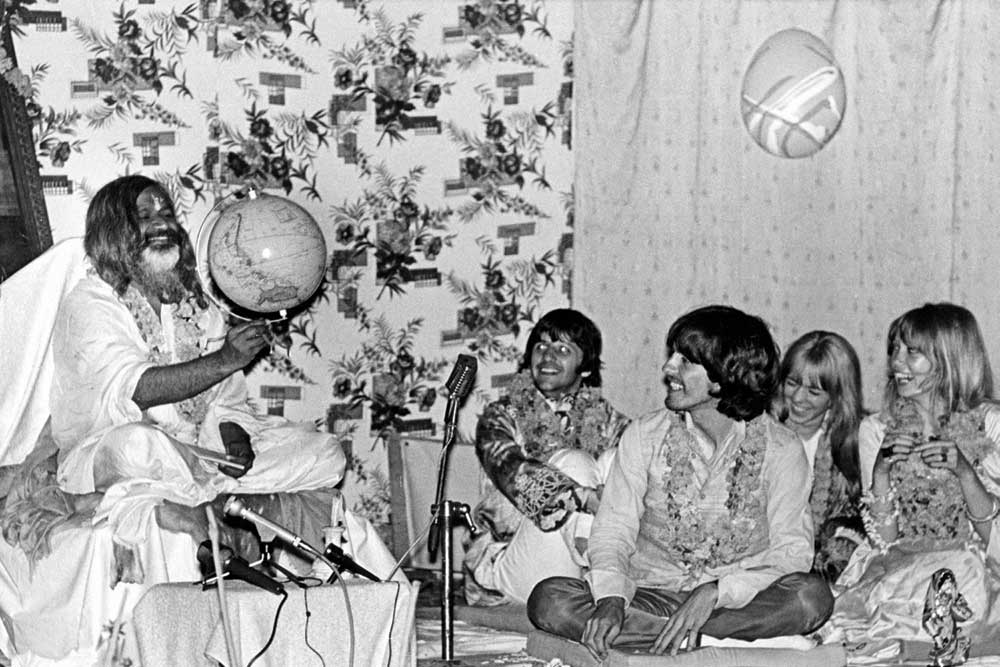 SOMETIMES I WONDER: in between all the bickering, the jealousies, the drugs, the Transcendental Meditation, the travelling, the hubris, the philandering, when the hell did The Beatles find the time to actually write all that music? It’s odd how massive a cultural phenomenon they remain even today. Their stories, their lives, their ‘phases’ have taken on a Shakespearean depth. In Across The Universe, Ajoy Bose tackles one of those many phases: the drug-fuelled pop-philosophy period of their career, following which their search for enlightenment brought them to Rishikesh, under the tutelage of the controversial Maharishi Mahesh Yogi.

Bose structures the narrative chronologically, introducing the many kooky characters that entered the lives of The Beatles between 1965 and 1968. It begins with George Harrison on the sets of The Beatles film Help!, where he absently plucks the strings of a sitar. It’s a symbolic moment, sparking his lifelong love affair with the country. The book extensively references past writings and reports about The Beatles, which the author appears to have researched meticulously, along with a series of interviews he has conducted.

The Beatles are arguably the most talked about, written about, documented and the most mythologised band in all of history. Yes, 2018 is the 50th anniversary of their odd little excursion to India. But do we really need more literature about a band that stopped existing half a century ago? Hasn’t a lot else happened in music in the meanwhile?

But to the author’s credit, the story itself is gripping enough to render my reservations moot. He uses a staid, unobtrusive tone, trusting the story and the characters enough to not interject often. The idea of Transcendental Meditation, which the Maharshi sold to the Western world to great success, is treated almost as a MacGuffin-esque device, alluded to often before finally appearing in the last quarter of the book.

George, especially, is treated tenderly, as his spiritual journey—from being a timid afterthought to the John-Paul cartel, to discovering LSD, Indian music, faith—takes centre-stage in the narrative. A particularly fascinating section is the developing father-son relationship between George and Ravi Shankar, as they progress from being student- teacher to kindred spirits, almost. The entire section dedicated to Ravi Shankar is a thrilling peek into a very complex and magnetic human being.

Across The Universe examines the set of circumstances that developed The Beatles’ fixation with India before it all fell apart quite spectacularly. We get an inside look at their disastrous tour of Asia, where they got involved in high- level diplomatic kerfuffles in both Japan and the Philippines. There was John’s notorious (and misinterpreted) remark about being “more popular than Jesus” and the uproar that followed. A fun tale is of George almost being fed a possibly- lethal dose of LSD by hippies in the US. He left hard drugs for good after that.

Bose spends a great deal of time detailing the ambitious, good-natured Maharishi, the ‘giggling guru’, and how he set about establishing his empire, latching on to The Beatles. John and George, whose new dynamic is delved into by the author, both fall head over heels for the guru. While George’s motivations are depicted as somewhat noble, John was merely looking for a quick fix, an escape from drugs and the burdens of fame.

The time at the ashram itself, as history tells us, was a damp squib. They went there, had a right old ball since the guru was notoriously lenient about material pleasures.

There were a couple of allegations of sexual misconduct against the Maharishi. An account missing from the book—narrated by Deepak Chopra, who’s a disciple of Mahesh Yogi—suggests that it was the Maharishi who threw The Beatles out because they were doing drugs at the ashram. Either way, this book makes for compelling theatre, much like everything the band did.