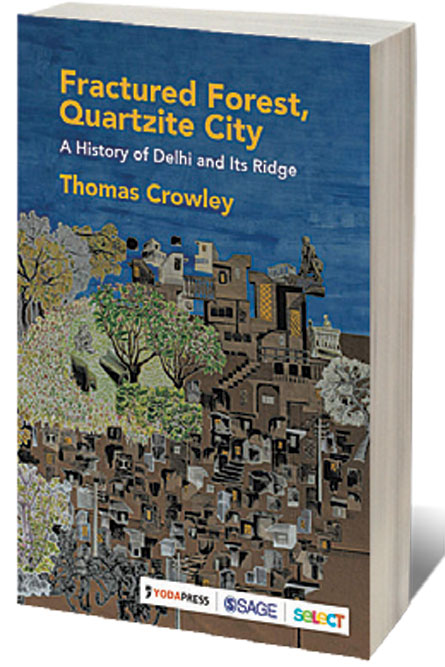 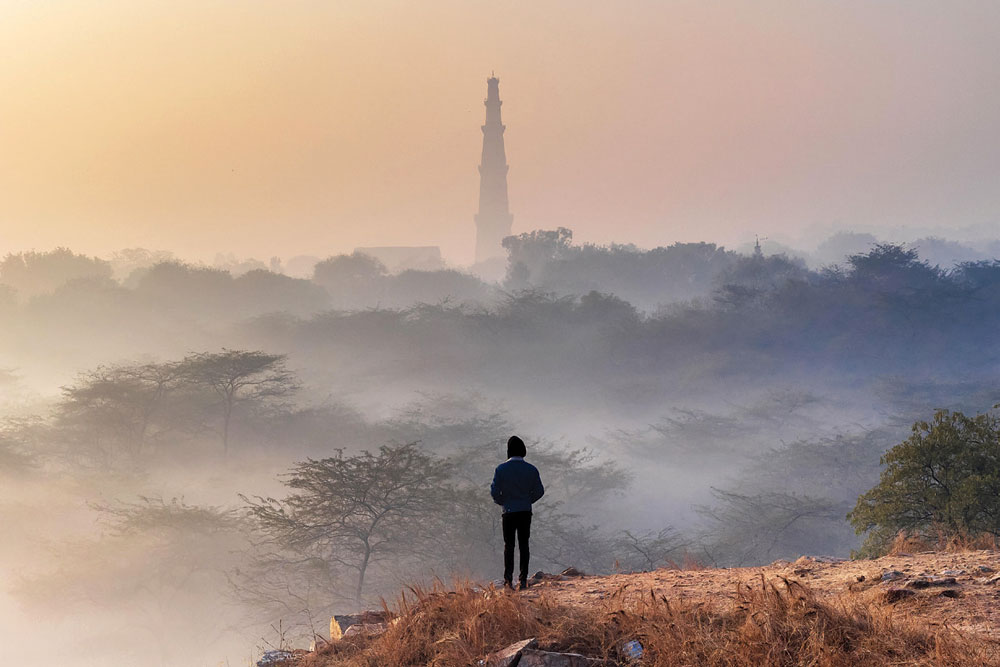 
THE DELHI RIDGE has easily been the capital city’s most prominent physical feature—beautiful, notorious, admired and exploited—a refuge for lovers, crooks and stoners, guarded by environmentalists and for long considered as Delhi’s ‘green lung’. It has played a major role in Delhi’s history since time immemorial—right from when the first settlers and immigrants moved into the region (and much before the establishment of Indraprastha, which the present political dispensation believes is the start of history) to the present day.

In his extensively researched and detailed book, Thomas Crowley excavates the Ridge’s role in the life of Delhi’s citizens, a task that took him 10 years. This is basically a re-telling of Delhi’s history from the vantage point of the Ridge.

He covers every major facet in which the Ridge has affected the lives of Delhi’s citizens, and how they have affected it: from the geology and soil, to the role of the state and politics and its ruthless exploitation for monetary gain. As also its role in providing refuge to a host of disparate characters, from the notorious macaques and invasive Vilayti Keekar, to nature lovers, drunks, criminals, and the spiritually and occult inclined.

Crowley gives us a ‘Ridge’s eye-view’ of its role in Delhi’s history. As the ‘highest point’ in Delhi it was used by every invader and ruler as a perfect location from which to defend the city: the massive fort in Tughlaqabad on the southern Ridge being one example, and the Flagstaff monument on the northern Ridge, as a symbol of British superiority another. Invaders hacked down the ‘forest’ while others planted trees to develop hunting parks.

Its quartzite rocks and stones have been mined and quarried for the very construction of the capital; for example, Badarpur’s famous ‘sand’ is from the Ridge. Its trees were cut for wood and land cleared for agriculture, and pastoralists have long let their goats and cattle roam free within its precincts: Crowley has a special sympathy for these, the ‘gujjars’, maintaining that perhaps they knew best how to exploit the forest in a sustainable way. (Their livelihood depended on it.) In more modern times, the Ridge has become a goldmine for property developers, who buy up the land from villagers cheaply and then reap millions with their exorbitant towers and malls.

All through the book, one thing becomes clear: Crowley is firmly on the side of what he perceives as the poor and exploited—those who have had relatively little impact on the Ridge, but have depended on it for their livelihood. It’s always them that get bulldozed and shunted to the outskirts of the city, while the rich build luxury ‘farmhouses’. He points out the ‘environmental hypocrisy’ involved in encouraging cars on the one hand and bemoaning the pollution in the city on the other. The rich come through as the main villains of the piece as do venal politicians and rulers (the British included), of every ruling dispensation, with special mention of the present one. City planners have long battled with environmentalists over the subject of turning the Ridge into a sanitised ‘park’ or letting it remain wild and tangled.

He has a soft corner for those regarded as outcasts—the marginalised who inhabit and wander about the remoter regions of the Ridge. The happy ganja-fogged Nath yogis and sadhus on the southern Ridge, the lovers on the northern Ridge, and even has a good word to say of the invasive Vilayti Keekar (Prosopis juliflora). The Ridge’s notorious population of rhesus macaques is again caught in a schizophrenic bind: while being venerated by a major section of the population, it is persecuted by others.

This exhaustively researched book is a must-read for anyone interested in Delhi—and its tumultuous relationship with its most prominent physical asset—the Ridge.