A Life with a View

This is poetry by a mellow Pritish Nandy, a man who thinks he’s aged. 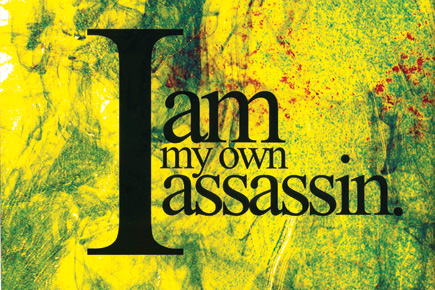 This is poetry by a mellow Pritish Nandy, a man who thinks he’s aged.


How do you classify Pritish Nandy? He is a poet, a painter, a journalist, a politician, television personality, film producer and bon vivant. Some years ago, when I asked him why he was trying to buy the Kolkata football club Mohammedan Sporting, he replied: “I am a Rajya Sabha MP from Shiv Sena, the supposedly Hindu fundamentalist, so I thought it would be fun.” But my guess is he will be primarily remembered—and more importantly, want to be remembered—as a poet, one of the brightest of his generation.

Why did he choose to write in English rather than his native Bengali? For, he is one of those rare Bengalis who can speak at length in his native tongue without using a single English word or phrase, and one knows that he has translated the works of several leading Bengali poets. But it is, of course, so much the better that Nandy chose English, thus letting a larger audience have access to his poetry.

After over two decades of silence, Nandy returns with a volume of original poems, an important literary event by any standard. But this time, the tone is bleak and wistful: ‘Three dogs and you./ A few children too./ Books, poems, works of art,/ a few familiar trees down the road./ Love letters written on the wind/ These are all I call my own/ Apart from those dark dreams that keep me awake at night.’

So I see myself in your eyes,/ my country:/ an ageing Kayasth/ who speaks English/ in a Bengali accent and/ can never get his genders right/ in Hindi.’ ‘The sky is not the right blue. It never was./ The forests are not the right green./They never were./Every colour changes every day./Every street rewinds every way./ Everywhere I go, I always stray.’

Is it age? Because this is a mellower Nandy, apparently humbled by life, introspective and nostalgic (‘Shall I ever find you again,/ my country, my childhood, the streets/ I grew up on, the soft sunlight/ trapped outside the window grills,/ the smell of urine-soaked streets/ in the rain?’). A profound sense of loss underpins many of the poems: ‘I knew you once as me./ Today, you are you/ and what we see and share/ is an unfamiliar territory/ marked by time.’

Throughout Again, time is an omnipresent character, corrupting, deleting, making hearts yearn. The anger of youth has been replaced by a not-quite-quiet acceptance that is moving. This is poetry by a man who thinks he has grown old. But who will ever believe that of Nandy?