PV Narasimha Rao, one of India’s most misunderstood prime ministers, finally gets a biography he deserves 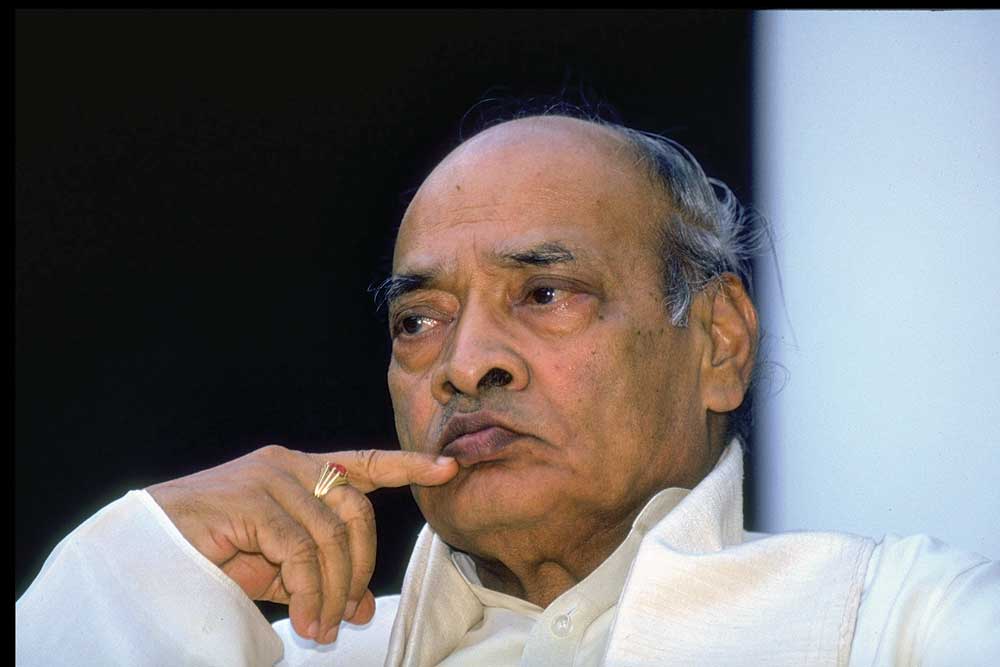 SONIA GANDHI’S cussedness is such that in the 25 years since PV Narasimha Rao changed India’s landscape by liberalising our economy, and the nearly dozen years since he died, there is scant literature on the five years he served as Prime Minister. That’s a shame, since those action-packed years were witness to the Babri Masjid’s demolition, the proliferation of banking scams, Punjab’s recovery, decrease in Kashmir’s militancy, and preparation for a nuclear test. Former Indian Express reporter Vinay Sitapati threads all this into Half Lion: How PV Narasimha Rao Transformed India, a welcome entry to Indian political biographies.

In popular imagination, Rao is known for what he didn’t do. He did not protect the Babri Masjid and this cost him and his Congress party not just the support of Muslims, but also power. “That man is not a Congressman,” Rahul Gandhi told a senior Congress leader, ‘because of him we have lost UP forever.’ This damage was undone when the 2002 Gujarat riots made Narendra Modi the leading villain of Muslims, displacing Rao, and propelling the Congress to power in 2004. Such is the antipathy towards Rao that even academics tend to downplay his stewardship of the country during momentous times, discounting his leadership in the arc of history. Sitapati asserts, ‘It is not his actions that deserve study, it is his historical context.’

As this biography shows, Rao was not just placed at a historical cusp, he was the enabler of the ‘perfect storm’ of liberalisation. That’s perhaps why Sonia hated him so. Both her mother-in-law (Indira) and her husband (Rajiv) could have reaped the same glory: ‘Four prime ministers before Narasimha Rao had been presented with the right moment—in terms of favourable external winds, well- sketched internal ideas, and opportunistic crises—to renovate India,’ Sitapati writes, adding, ‘They had been unable to make use of these opportunities.’

Rao’s whole life had led to that moment. As a boy, his academic brilliance took him out of his village, where his family was the largest landowner; in his higher secondary he stood first in Hyderabad state, and nearly pursued an academic career in Astronomy at Oxbridge. Instead, he got involved in Hyderabad’s anti-Nizam struggle and through that, the larger Congress struggle for independence. When the time came to choose between a life of action and a life of the mind, he chose the former.

This was a crossroads he repeatedly encountered. Though an aloof politician with no mass base and heading no party faction, he won every assembly and parliamentary election after an initial defeat in 1957. He was so loyal to his ‘High Command’ that when he was appointed Chief Minister of Andhra Pradesh in 1971—because he was seen as non-threatening to all factions—he implemented socialism with such zeal that he surrendered most of his own landholding. The party’s landlords eventually brought him crashing down.

Rao used exile to start writing a thinly-veiled biographical novel, until he was drafted back by the ‘High Command’ to New Delhi. (Written during lean periods, it was published as The Insider.) The last lean patch was after Rajiv Gandhi lost power; Rajiv forced Rao to sit out the 1991 elections. With his career seemingly over, Rao took up the post of head monk of Courtallam monastery two months before the elections. Yet Rajiv’s assassination opened a window of opportunity and even if monkhood meant that he had mentally detached himself, Rao did not let the top prize slip away.

Fifty years in the Congress gave Rao the skill to do what Rajiv, despite having the greatest parliamentary majority ever, could not: he reformed India’s economy, and with that, India’s character. Sonia has forced a narrative that reforms were Rajiv’s idea, but that is just revisionism—‘A liberalizer by instinct, Rajiv lacked the skills to manage the politics of reforms,’ Sitapati writes. Rajiv was a disastrous PM who squandered massive power. He played competitive communalism, first by opening Babri Masjid’s locks, second by overturning the Supreme Court’s Shah Bano case judgment, then allowing the Ram Mandir shilanyas at Ayodhya. Each move had worse repercussions than the other. Rajiv bungled Punjab, Assam and Kashmir. And after the Bofors defence scandal surfaced in 1987, he lost all political manoeuvrability.

Sonia is also credited with the tarring of Rao. He was ‘criticized for the anti-Sikh riots [and] accused of letting the guilty escape after the Bhopal gas leak’, along with being ‘corrupt, communal, vacillating and vicious’. But when Rao was Home Minister, Rajiv’s PMO ordered Delhi’s police chief to report directly to it on the 1984 riots, keeping Rao out of the loop. Witnesses corroborate this. It’s believable, given that Rao has never been a serious focus of the 1984 inquiries. As for Union Carbide CEO Warren Anderson’s escape, Madhya Pradesh Chief Minister Arjun Singh —a Sonia acolyte—was the culprit.

Still, none of that compares to the gravitas of the 1992 demolition. During those six dark hours, Rao either deliberately did nothing, or he let the situation build to a point where nothing could be done. Sitapati makes a case of how Rao met BJP and VHP leaders as well as saints to ensure there would be no violence on 6 December. Rao, his advisor Naresh Chandra, and Home Secretary Madhav Godbole long deliberated whether UP could be put under President’s Rule and the Masjid under armed guard. Perhaps the deliberations split hairs on whether Article 356 could only be imposed on an actual breakdown of law and order, and not apprehension of it; this meant a critical decision was left till too late. After all, UP Chief Minister Kalyan Singh had repeatedly lied to the courts, the Centre and the public. And the actual demolishers were riff-raff like the Bajrang Dal and Shiv Sena. So, as Sitapati concedes, the Ayodhya handling was Rao’s unforgivable epic failure. But then: what was the anguished Sonia doing all that time?

THE SONIA CHAPTER is an interesting read. Sitapati makes the case that Rao kept her in good humour till mid-1993 with regular visits to 10 Janpath and by expanding the SPG act to include her and her children. Such meetings countered the malicious propaganda against Rao by Arjun Singh and others, besides assuaging Sonia’s ego. Once the economic reforms paid off and once his government had gained parliamentary stability, he stopped visiting Sonia. She began disliking him—a good six months after the Babri Masjid incident.

This book lays down in black and white about how economic reforms would not have been possible unless Rao wanted it. He got Manmohan Singh, his second choice for Finance Minister, aboard with a team of liberalisers and he gave them political cover when the opposition got fierce.

Among the secrets revealed, two are worth mentioning: in early 1994 Rao suffered a stroke. It was only sensory (not motor) but he forbade any mention of it. Visitors were none the wiser that his face was partially paralysed since, ‘Rao’s face always looked unmoving’. Jokes aside, India should make it illegal to hide serious illnesses of its heads of government. The other secret concerns senior journalist Kalyani Shankar: ‘She brought him happiness,’ Sitapati quotes Ramu Damodaran, a diplomat and close aide.

The book’s important subject matter and the ease with which it is written make it a good and worthwhile read. It places Rao in a historical context. Some will disagree—after all, the Congress did not even give Rao a funeral in Delhi after he died in 2004, leaving it to the current BJP Government to give him a memorial in Delhi—but then that’s what history writing is all about. My grouse is that at critical points, particularly in the Sonia chapter, Sitapati too easily relies on what ‘a senior Congressman’ said. This may work in newspapers but does not add to a book’s credibility. Also, Sitapati’s reliance on what a doctor said—that Rao’s pressure went up while the Masjid came down, thereby absolving him of complicity—is, at the end of the day, just hearsay. But aside from these quibbles, Half-Lion is this year’s most important biography.