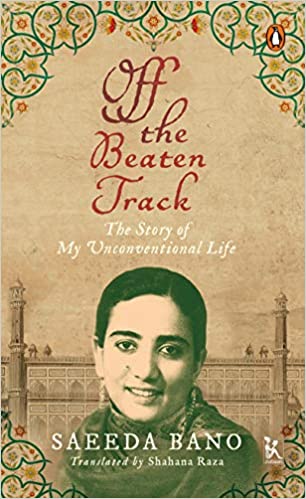 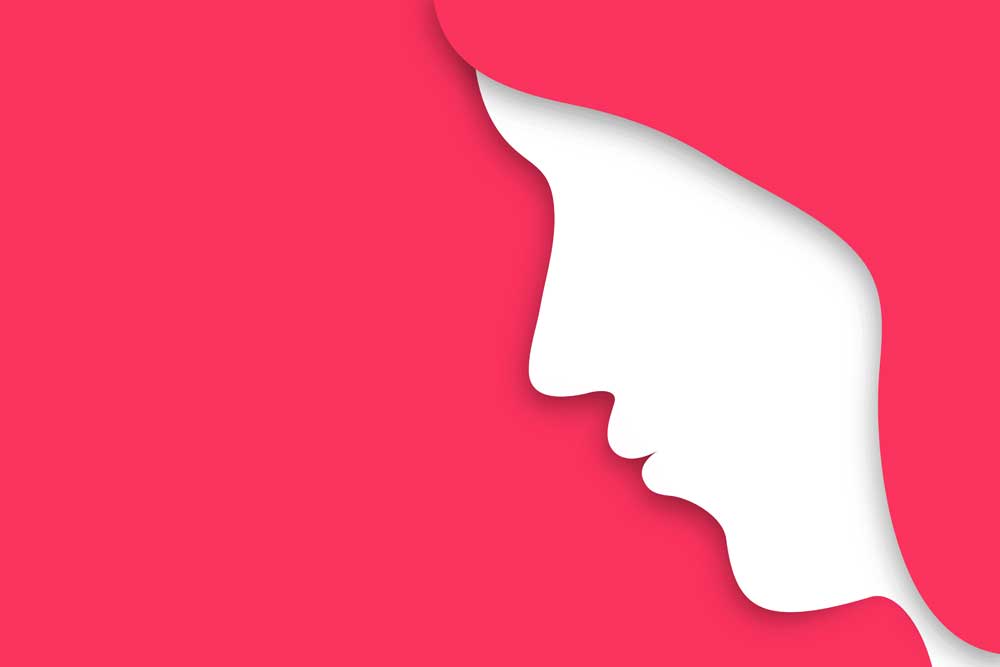 Off the Beaten Track is an intensely personal account of the extraordinary life of a liberated Muslim woman born in the early part of twentieth century. Saeeda Bano’s outrightly unconventional life as captured in her own words in Dagar Se Hat Kar was a legacy that must be shared with the wider world. Her granddaughter Shahana Raza has translated into English her Bibi’s extraordinary journey. She wants the world to know how from behind the purdah her grandmother fought for what we take for granted today. ‘In the 1930s no one would have condoned or accepted incompatibility as a reason to walk out of a marriage.’ Saeeda Bano exercised her choice in doing the unthinkable—walking out of a loveless marriage with her two children. Eventually she became famous in 1947 as the first Indian woman to read news for All India Radio [AIR] Urdu service!

Saeeda Bano was born in Bhopal which was being ruled by the enlightened Nawab Sultan Jahan Begum who pioneered women’s education and participation in governance. But patriarchy was a universal norm within families, both Hindus and Muslim women were confined to the zanana and in purdah. Their world was confined within the four walls of the home with stitching, embroidery, gossiping and cooking delicacies. Upper-class womenfolk mingled socially during purdah parties organised exclusively for women. Young Saeeda was fortunate that her broad-minded father enabled her to study even as it meant going to Karamat School, Lucknow and living in a hostel.

Lord Harcourt Butler’s Lucknow presents an engaging picture of the contemporary period including the social exchanges between the British and the upper classes of Lucknow society. The place was feudal and the taluqdars were rewarded by the Crown through titles such as Raja, Maharaja and Nawab. There were also Ranis and Begums who mingled with the Lady Sahibs during the grand purdah parties. These interactions influenced many native women about the freedom and independence enjoyed by western women. Gradually change started, and the purdah system began to recede. Education provided opportunities to women to acquire the confidence to think independently. It also left a deep impact on Saeeda Bano as she entered Isabella Thoburn College.

There was no scope of any interaction with the opposite sex in Saeeda’s life, be it in Bhopal and later on, Lucknow. She was devastated when her father fixed her marriage with Abbas Raza, a scion of another family of similar social status. ‘See, I don’t know you at all, I have never seen you before in my life. I want you and I to stay together like two friends,’ she told her husband at his first sexual attempt. This led to coldness and unpleasantness in their relationship right from the beginning. The book is replete with reflections on women’s desire, women’s say in decision-making, women’s autonomy in marriage and so on. The author felt saddened and oppressed by the imposition of marriage with a man whom she did not know or love. There are numerous intimate accounts of the incompatibility between the two. Each time she cries and goes back to carrying out the wifely duties, as time passes they beget two sons, Asad and Saeed. And finally, after many years of painful cohabitation, Saeeda decides to leave her husband. She takes along her two children and moves to a life of uncertainty in Delhi.

The author reaches Delhi on 10th August, 1947 as the country is on the cusp of independence and the tragic and violent partition. She begins work at All India Radio as Delhi is undergoing communal riots and the refugee crisis. She is saved by violent mobs in the nick of time and with help from Hindu neighbours. She lives independently at YWCA, raises her children single-handedly and sends them to the best of schools and colleges. And she ‘commits the sin’ of falling in love with a married man. Although he is unable to leave his earlier wife and children, Saeeda feels happy and fulfilled as she is in love. She has waited a lifetime for this emotion to overtake her being and her essence. She finally knows happiness and the joy of togetherness till yet again catastrophe visits her.

Saeeda Bano was a living feminist at a time when most people had not heard about feminism. Her frailties and failings made her at once human and yet she displayed extraordinary courage and lived life on her own terms.