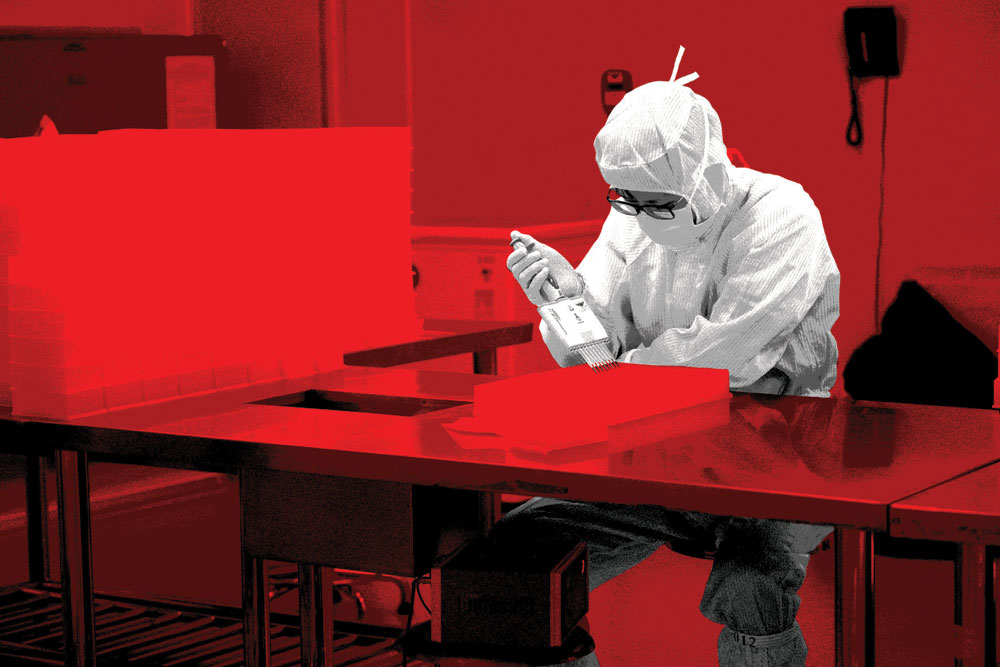 
IT IS TRUE we can’t test everyone in this country for coronavirus. An IAS officer from Odisha made a calculation on how much money that would take. His tweet said: ‘If every Indian is tested for #COVID19 the total cost will be Rs. 6,300,000,000,000 i.e. Six Lakh Thirty Thousand Crore i.e. 3.3% of GDP i.e. 64% of Total Direct Tax Collection Let that sink in.’ But what we can do is what we are doing, at least on paper. As soon as clusters develop, test each and everyone having anything to do with it. Once the lockdown lifts, it is the only possible strategy possible until a vaccine or treatment.

The price of testing is that more cases will be discovered. That is cause and effect in a virus of this nature where a large majority have mild symptoms. Only large-scale testing tells us how much is the spread, who is getting
infected and how the transmission chain can be severed. But in the short run, it is very uncomfortable to bureaucrats and politicians who are answerable for containing the virus. It is in the latter phenomenon that one might find an explanation for the Brihanmumbai Municipal Corporation (BMC) changing tactics to stop testing of those who don’t have symptoms. Mumbai has been the epicentre of the pandemic in India with close to 2,000 cases, the maximum number anywhere.

It has been the direct result of the BMC’s singular emphasis on testing. If it has more cases than any other state, it also did more tests in just one city than any other state. And then suddenly, just as Narendra Modi announced that May 3rd would be the next deadline for the lockdown, the BMC said that it was stopping testing people without symptoms. The BMC Commissioner was quoted in Mumbai Mirror giving the rationale for the change: ‘Explaining the revised protocol, Municipal Commissioner Praveen Pardeshi said that the BMC wanted to focus the testing on those who needed it. “We have revised the testing strategy so that we are able to test those who are infected so that they can be treated. This kind of wholesale testing is not serving any purpose. We want to increase the positive percentage of our tests so that we are able to do more accurate testing,” Pardeshi said.’

Coincidentally or not, there was almost an immediate drop in confirmed cases in the city. This might not be a positive at this stage of the spread. The number coming down and number of infected coming down are two different things. What the BMC’s intent is, we will only know, if the total number of tests increase and that one suspects is not something that is going to be easily available or verifiable. Being the lone region with the largest burden of cases that are going up, is a lot of pressure for any government. Reversing the incentives—where more tests and confirmed cases are assumed to be a job better done and rewarded—will be the only way to get a truer picture and without it the battle is not going to be won.