With Morsi’s ouster, Egypt’s democracy project is in flux again 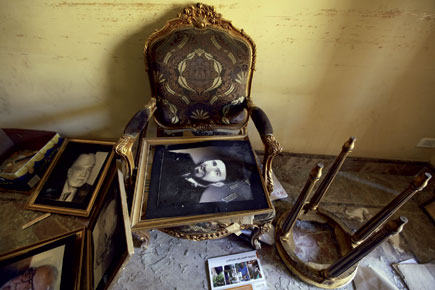 With Morsi’s ouster, Egypt’s democracy project is in flux again


Is it a coup or is it not? This is the question that has been raging in Egypt since 3 July when the country’s powerful military stepped in to eject President Muhammad Morsi from his post and suspend the constitution, following a massive public protest against the president and his government, creating an impasse in the country.

Another revolution was in the air, my former colleagues and friends from Cairo were telling me for almost a month before President Morsi was forced out. Some who were passionately against the government said, “It is more important than ever. It’s for the survival of Egypt.”

Egypt, it seems, is going through perpetual revolution. It started with the Tahrir Square gathering of 25 January 2011 to depose a dictator, and continues with the ouster of a president who was democratically elected only a year ago.

Egyptians had high hopes in 2011 when they took on their three-decade dictator Hosni Mubarak, staying put at Tahrir Square for three weeks till he stepped down and facing pressure from his biggest domestic support base, the military, and his big Western backer, the US. After a year of transitional government led by the military, Egypt’s citizens had the opportunity to choose their government in their first-ever free election. A slender majority gave the Muslim Brotherhood leader Muhammad Morsi a mandate to govern Egypt.

Interestingly, many who voted for the Freedom and Justice Party—a political front for the Islamist Muslim Brotherhood movement—have been out on the streets since 30 June, demanding that President Morsi step down.

This latest turnout was the biggest ever, billed as ‘unprecedented’ by independent observers who had witnessed many such gatherings at Tahrir Square since January 2011. This gathering gave President Morsi an ultimatum: 48 hours to resign for his failure to deliver a credible government. He refused, and the military swung into action to oust him.

What went wrong for Muhammad Morsi and his government, elected by the people of Egypt only a year ago?

“He was behaving in a most authoritarian way over [his] past year in power,” says Heba Morayef, director, Human Rights Watch, Egypt. Morsi gave himself extra-constitutional powers within five months of his election, she says, a “pharaoh, answering to no one”. His announcement that constitutional declarations, decisions and laws issued by the president were final and not subject to appeal drew the wrath of the people, and at least 200,000 descended on Tahrir Square in protest, only to be greeted by police batons and tear gas.

Morayef believes that millions, including conservative Muslims, were getting weary of the regime’s packaging of political Islam. Many important positions, including the judiciary’s, were only being allocated to people with Muslim Brotherhood links. This made Egypt’s secular liberals suspicious of the President’s real agenda and they flatly refused to work with him.

On the other hand, the Nour Party, led by ultra-Islamist Salafists, was getting impatient with the Muslim Brotherhood for being too soft and not pushing the hardline agenda hard enough.

While Morsi had used the democratic process to attain power, he failed to shield minorities and uphold the right to dissent, two essentials of a true democracy. In Morayef’s words: “Morsi was using the same toolkit of [the] Mubarak era to gag voices of dissent.”

The intimidation of media people was alarming, the example of Comedian Bassem Youssef being a particularly glaring case. An Egyptian American cardiac surgeon, he started a satire show in 2011 on YouTube in Arabic, similar to Jon Stewart’s Daily Show. It soon became so popular that an Egyptian channel picked it up and began broadcasting it as El Bernameg. In March this year, Youssef did a programme making fun of Morsi and was slapped with an arrest warrant. Anticipating a backlash, the government did not try to have his show axed. The following week, El Bernameg tore into the President and his government.

I was in Cairo in early April when Youssef’s show went primetime. A colleague was walking with me to a popular restaurant for dinner. Usually, downtown Cairo’s streets, shops, markets, cafés and restaurant bustle with people until 2 am. But that night, we saw deserted streets at 9 pm. Most people had apparently stayed home to watch the comedy show. Some of the cafés and shops had put up streetside TV sets, and people thronged them to watch Youssef rip Morsi and his party to pieces. As criticism of Morsi’s government rose, so did the regime’s intolerance of it. Many cases were filed against journalists for being critical of the government or Morsi. Media houses that were not aligned with the government, or were not toeing its line, came under increasing pressure. To people’s dismay, the Morsi regime was even trying to control NGOs and other independent groups.

Morsi also failed in ensuring the safety of minorities. Coptic Christians, who have lived in Egypt since the early days of Christianity and form about 10 per cent of the country’s population, began to feel more and more insecure about their future under the Brotherhood. Over the past year, they faced unprecedented violence, including an attack on a cathedral housing the Coptic Papal Office. Several Copts, including a priest, have been killed in these attacks. There are also reports of about 100,000 Copts migrating to Europe and North America in search of safe enclaves.

Copts accuse the Brotherhood of organising these attacks, though its direct involvement may be hard to prove. In almost all cases, the police played the role of passive onlookers as they took place. The government did not institute any investigation of this police inaction, stoking suspicions of the Brotherhood’s tacit sponsorship of the violence.

It’s not only Copts. Shia Muslims have also faced varied forms of invective and violence in recent months. In June this year, four Shia men were lynched by a mob led by a Salafist gangleader in the presence of a riot police contingent. Once again, Morsi failed to take action against the police’s dereliction of duty.

It is no wonder Shenouda, a Copt, says that “the military intervention was not a coup, but the need of the hour to protect the country.”

Inept governance, a crumbling economy, an acute fuel crisis, high inflation and extraordinarily high rates of crime across Egypt had already made Morsi and his government extremely unpopular. So at the first anniversary of his assumption of office, his opposition—the same people who started the revolution in 2011 against Mubarak—collected 22 million signatures demanding his resignation. Morsi and the Brotherhood refused to yield power, saying they could only be removed through democratic elections, not coercion.

To Tahrir’s protestors, however, Morsi had lost all legitimacy, and they were, in effect, recalling him. The military made a grand entrance over Tahrir Square, with choppers carrying the Egyptian flag and fighter jets creating a heart shape with exhaust trails in the sky.

Egypt’s generals, dubbed accomplices in Mubarak-era atrocities by the same protestors two years ago, are now being seen as saviours of democracy. Secular liberal opposition to the involvement of the army in politics seems to have largely evaporated. Mohamed Elbaradei—the former head of the UN’s nuclear watchdog body IAEA who entered politics as a presidential candidate in last year’s election—put it this way in a recent interview: “We were between a rock and a hard place.” Elbaradei does have a role in the interim administration under Adly Mansour, a Constitutional Court judge. Despite being critical of Morsi, Heba Morayef is opposed to the idea of army involvement. She thinks this intervention and the arrests of Brotherhood leaders will set a dangerous precedent.

As Open goes to press, supporters of the Brotherhood have taken to the streets as well, saying they will not give up their agitation until Morsi is reinstated. Pro- and anti-Morsi rallies have already led to deadly clashes—over 50 Brotherhood supporters were reported killed by the army on 8 July—and there are fears of widespread unrest.

Democracy in Egypt was always going to be hard fought. But with the country so deeply polarised, much will depend on the performance of the interim set-up, and how well it comes to grips with Egypt’s challenges of governance. If not, Tahrir Square may erupt yet again.

Note: Corrections were made to the article after it was published