Erik Madigan Heck runs the most expensive journal in the world, at $6,500 an issue. It’s called Nomenus Quarterly and it prints 10 copies. Read it all the way to the bank 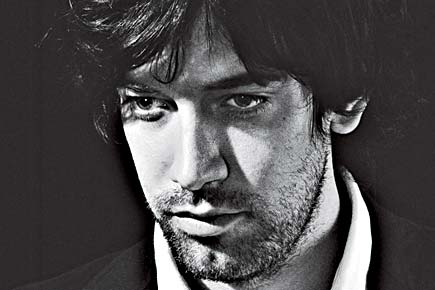 The most expensive journal in the world, at $6,500 an issue, is called Nomenus Quarterly and it prints 10 copies

A It’s just right. I think the next issue will be more expensive.

Q As Horacio Silva of The New York Times puts it, it costs as much as an entry-level Birkin bag. What makes it worth it?

A I think they are two totally different things, quite frankly incomparable. Here you are buying art versus buying a purse. I think almost anyone with some sort of intelligence would be able to discern between the two and would probably choose buying art over a purse (I hope). Nomenus Quarterly is a box set of prints, that you can take out and hang in your house. So, you’re basically paying $6,500 to have beautiful art that becomes part of your life, which is very different from purchasing an accessory.

Q A print run of 50 copies slashed to ten. It sounds more like a secret society than a magazine.

A Haha, I don’t even know how to respond to that question. It’s online for free, so it’s about as non-secret society-ish as you can get. In fact, there is more content online than there is in the box, so it’s really not secretive at all. You can just go to our website (nomenusquarterly.com). If you mean to imply that the edition is so small that it becomes exclusive to the point of being cultish, than I’d say the reason for the edition being so small is because we view them as art pieces rather than magazines, and want them to exist in the realm of editioned books, which typically stay in the range of ten an edition in similar scale.

Q You can’t possibly display on stands, or do you? Do you have regular subscribers?

A We don’t have subscribers per se, but we have collectors who purchase the boxes before they are available to the public. And we have displayed them in certain stores around the world in the past two years, including Colette in Paris, 10 Corso Como in Milano, Copyright in Antwerp, Other Criteria in London. But when they are on display, they are under glass cases.

Q Do you get ads? From whom? How much would it cost to place an ad?

A We refuse advertising. We have been offered on many occasions, but it is not in our best interest to advertise. It would pollute the purity of our product.

Q Tell us about your content. Is it a fashion magazine or an art one?

A Nomenus Quarterly is not a ‘magazine’ in the true sense of the term. It exists both online and as a limited edition folio set, of unbound German Etching prints. So, it wouldn’t really be considered a ‘magazine’ physically speaking. In regards to the content, it’s a true mixture of both art and fashion, but the idea is to make the flow of the issue seamless. So even the fashion becomes more about aesthetics and beauty than it does about a product, or selling our viewers products. With regard to fashion, we tend to approach fashion in the unique way of celebrating individual designers and come up with visual displays of their collections that transcend typical fashion shoots. More specifically, we try to embrace the ideology of a designer within the context of the fashion shoot.

Q How do you decide covers? What is the latest cover?

A We don’t have covers. It’s just a black box that says Nomenus Quarterly, and it never changes.

Q Run us through an edit meeting. What happens?

A There is no such thing. We do not have edit meetings. I curate a line-up of artists and designers and then we execute according to a pre-determined list. There are no meetings.

Q Why did you set up the magazine? What do you want to achieve with it?

A I wanted to see a place where the artists and fashion designers I viewed as important were celebrated, and celebrated in an aesthetically beautiful manner. And there were not any magazines that really were doing what I saw as necessary for fulfilling my requirements. I never wanted to start a ‘magazine’, I was just frustrated that so many of the publications that already existed in fashion and art were not art directed or edited in a style or curatorial viewpoint that I agreed with, so I had to begin my own. It was part ego- part desire to show the world a more specific set of cultivated aesthetics. And, part place for me to self-publish my own work.

Q Your website says editorial submissions are not welcome. Isn’t that a bit curt? And who are your contributors?

Q And how do you make ends meet on the magazine? How do you sustain it? Is there some funding lesson for us all here—how to free a publication from the clutches of advertising?

A You free a publication from advertising when you increase its individual price, but keep your costs low. Just follow the most fundamental principles of economics. Advertising is contrary to a didactic and pure way of generating profit anyway, because the third party (advertiser) ends up dictating terms for the product in the end.

Q Have you featured any Indian? Are you likely to? Which Indian artists/designers are you familiar with? Anyone who made an impression?

A I am unfamiliar with the Indian art scene unfortunately. However, we did an indepth feature on Pakistan’s anniversary, showcasing unpublished photographs taken in Pakistan during the mid-1970s.