The Truth about Covid Transmission 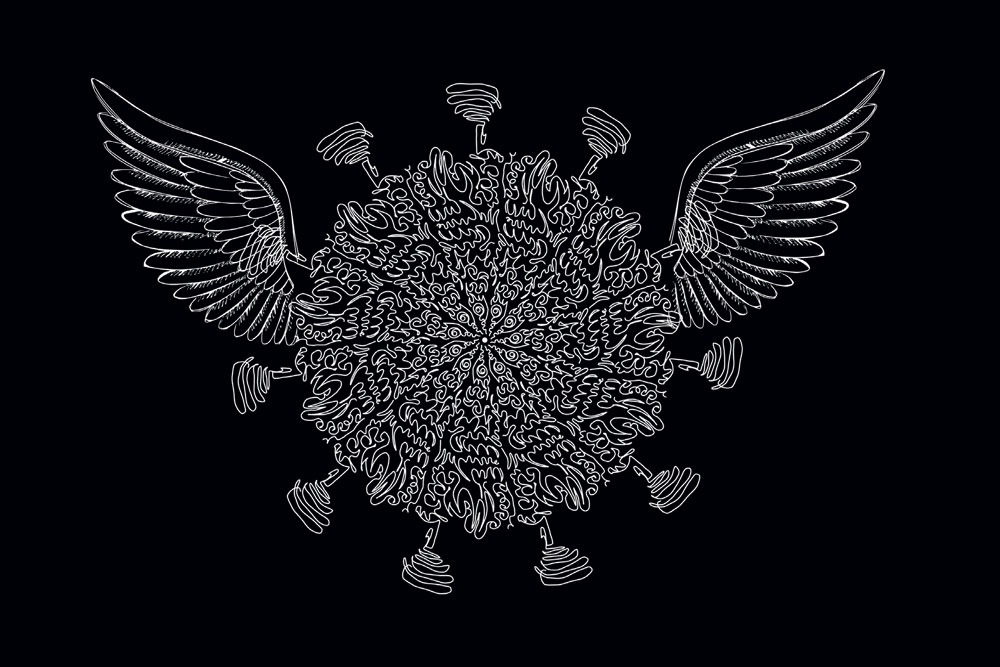 It went on, ‘According to current evidence, Covid-19 virus is primarily transmitted between people through respiratory droplets and contact routes. In an analysis of 75,465 Covid-19 cases in China, airborne transmission was not reported.’
Many researchers had objected to this statement back then, suggesting that infections could happen through aerosols, too, not just droplets which obey gravity principles unlike the former that drift in air, like fog stays on in the atmosphere. By way of comparison with droplets, one can say that aerosol particle diameters are typically less than 1 m. A strand of human hair is about 99 m.

What does this mean as regards Covid-19 transmission?

Until now, if you had been following the WHO guidelines rigorously, you would have believed that the coronavirus would spread when an infected person coughed and sneezed while you happened to be close to them. Now, however, according to assertions made by hundreds of researchers, some of them specialists in aerosol transmission, we learn that one can catch infection long after the carrier has left an enclosed room if they had merely been talking. That is because they leave tiny particles that linger in the room and even outside. Worse, as laws of physics explain, these tiny particles travel much farther.

For its part, the WHO has now indicated that it will closely look at evidence provided from more than 200 scientists across 32 countries that argue it is not just the droplets that fall on surfaces, but also aerosols that stay like mist in the air that are mediums of Covid-19 spread. These researchers don’t just want the WHO to acknowledge their findings, but also act swiftly.

Dr Able Lawrence, professor of clinical immunology and rheumatology at Lucknow’s Sanjay Gandhi Post Graduate Institute of Medical Sciences, says that the WHO is overcautious in the wrong way by force of habit. He sees it as a system fault of the organisation from the start. “This means that a lot of opportunities in fighting any new pandemic are lost thanks to these unwarranted delays. The WHO makes several false choices, and is still delaying an announcement on airborne transmission of Covid-19. This is nothing but a systemic problem in decision-making,” says Lawrence, who reels out example after example of the WHO’s prevarications and lengthy hold-ups in the past as well as when the news from Wuhan surfaced first about the latest variant of the coronavirus. According to BBC, Benedetta Allegranzi, the WHO’s technical lead for infection prevention and control, merely says that evidence emerging of airborne transmission of the coronavirus in “crowded, closed, poorly ventilated settings that have been described, cannot be ruled out.”

Lawrence falls back on author and thinker Nassim Taleb’s theory of Black Swan to say that at a time when we know black swans are no longer imaginary, the WHO is treating droplets as the highly certain white swan and aerosols as the black swan. “It is faulty thinking as Taleb has explained,” he argues.

That might be a bit of a philosophical take on an urgent matter under consideration, but Professor Jose-Luis Jimenez, one of the 200-plus scientists who had written to the WHO to act quickly on the evidence of airborne transmission of Covid-19, is direct and sharp. He tells Open at the outset, “To be clear, we think the aerosol transmission applies to all variants of SARS-CoV-2.” This University of Colorado chemistry professor and MIT alumnus is an expert in environmental chemistry, atmospheric field studies, aerosols and clouds, planetary atmospheres, trace gases and radicals, among others.

He elaborates on what he calls “multiple lines of evidence” that point in the direction of aerosol transmission of the coronavirus. “The most important are superspreading events, such as the Skagit choir in the US. In that case, 53 people [out of 60] got sick after singing for 2.5 hrs with one infected person. They knew about Covid-19 so they kept their distance, used hand sanitiser. We have written a scientific paper about it, but we don’t see a way to explain it other than aerosol transmission,” Jimenez says. The Skagit Valley Chorale went to an evening practice at the Mount Vernon Presbyterian Church in Washington in early March at a time when the WHO had downplayed aerosol transmission.

The University of Colorado professor adds that what happened at Mount Vernon is not an isolated case. “Similar cases have been reported at least in the Netherlands, Austria, Canada, Germany, England, South Korea and Spain [all mentioned in a paper co-authored by Jimenez.] Other events, such as ones at the Guangzhou restaurant, buses in China, etcetera, lead to the same conclusion,” he insists.


Until now, if you had been following the WHO guidelines rigorously, you would have believed that the coronavirus would spread when an infected person coughed while you happened to be close to them. Now, however, according to
assertions made by researchers, we learn that one can catch infection long after the carrier has left an enclosed room

More importantly, Jimenez notes, most studies suggest that superspreading events are driving the pandemic. Most infected people don’t give the disease to anyone, a few give it to a lot of people, he adds. “This is very easy to explain with aerosol transmission, and very difficult to explain with the other modes that the WHO accepts: contact [shaking hands], fomites [touching infected objects] or droplets [larger than aerosols, fall to the ground in 1 second within 1-2 meters in front of the person.] Also, the US CDC says now that fomites are probably less important,” the professor avers. He lists other evidences, “It has been shown that Covid-19 can be transmitted efficiently through aerosols in hamsters. SARS-CoV-2 viral RNA has been detected inside ventilation systems in buildings and in fan blades and hospital air. Similar viruses, such as SARS (another coronavirus) and influenza (flu), are also transmitted through aerosols. Similar viruses have been detected in infectious state in the exhaled air from patients, or in the air in the rooms they occupied.”

Jimenez proffers that he wouldn’t wait for the WHO to make any new announcements, but apply the precautionary principle and start with certain measures immediately. “A lot of them are the same, distancing, wearing masks, avoiding crowded indoor places. More specifically, avoid or reduce being in indoor places away from home, especially if crowded, low ventilation with outside air, long time, no masks, and if people are talking loudly or singing. Use portable High Efficiency Particulate Air (HEPA) filters to supplement that,” he suggests. For public and commercial buildings, recommendations include modification of the ventilation system using better filters.

Many more guidelines have been offered by numerous scientists amid mounting evidence that Covid-19 is airborne, yet it is a tragedy that the one international body all look to for health advice has been slow to catch up.