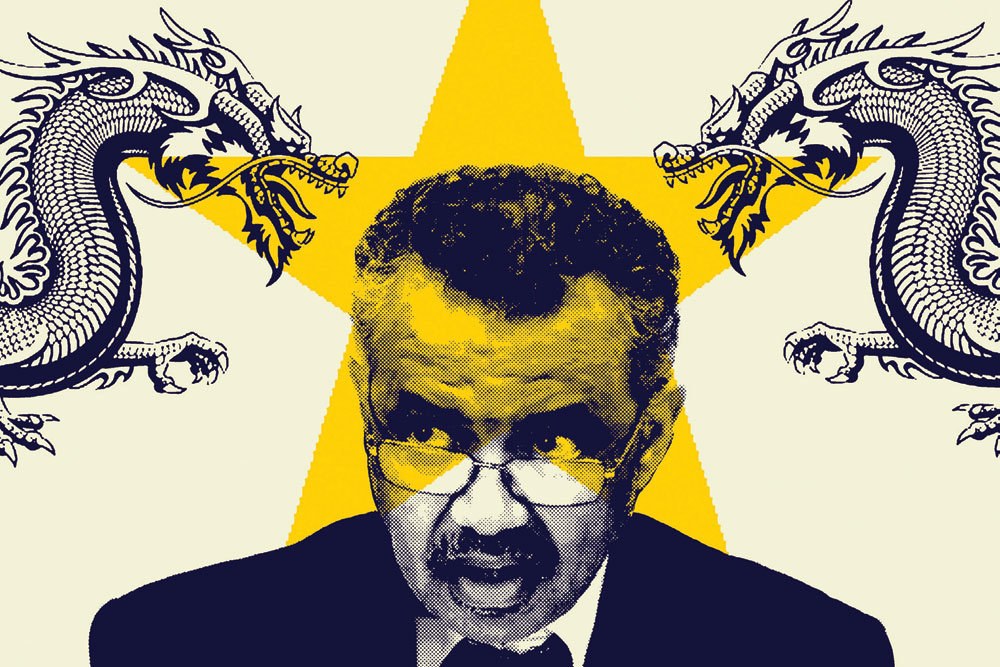 
THE WORLD HEALTH Assembly (WHA), the decision-making body of the World Health Organization (WHO), met on May 18th and 19th, not in Geneva but via video conference. That is as much salience as history is likely to grant the annual do of the global health agency in 2020. Otherwise, never before had the assembly gathered in a crisis of such magnitude, with a raging pandemic that had claimed more than 320,000 lives worldwide by the second day of the meet, with no sign of a human-designed solution.

The centrepiece of the assembly was the resolution—adopted on May 19th—that wanted Tedros Adhanom Ghebreyesus, the WHO chief, to begin an ‘impartial, independent and comprehensive evaluation’ to probe the origins of the novel coronavirus, putting China’s role and that of the WHO leadership under scrutiny. Of course, the resolution, drafted by the European Union and enjoying near-consensus backing from the WHO’s 194 member states including India, did not mention China by name even as it required it to open up to the probe, sheltering behind operative phrases like ‘collaborative field missions’ that would ‘identify the zoonotic source of the virus and the route of introduction to human population, including the possible role of intermediate hosts’. And for all the criticism that had hitherto been directed at the WHO, the resolution did not go beyond asking for initiating ‘consultation with member states’ to evaluate the ‘actions of WHO and their timelines pertaining to the Covid-19 pandemic’.

Things went according to script. On the first day, Chinese leader Xi Jinping addressed the assembly. Beijing pledged $2 billion to the WHO which duly acknowledged its gratitude. Xi asserted that China had acted with “openness and transparency and responsibility”. Ghebreyesus clean-chitted his agency: “WHO sounded the alarm early, and we sounded it often.” The independent oversight panel backed Ghebreyesus. And a smiling Ghebreyesus promised that an independent review of the global coronavirus response would begin soon, qualified by the oversight panel’s interjection that conducting it now would hamper the WHO’s response to the pandemic.

Disappointment, satisfaction and Schadenfreude would have been masked by temperate words and impassive looks if it were not for the loud protest from the US which had talked about the ‘apparent attempt to conceal this outbreak by at least one member state,’ once again not mentioning China by name but followed up with President Donald Trump’s threat to permanently end US funding of the WHO and even pull the country out of it. China’s $2 billion pledge over the next two years, nearly equal to the WHO’s annual programme budget, however, appears to fully take care of the current US freeze of about $400 million a year. The muscular encouragement from this $2 billion possibly also lies behind the oversight panel’s twin play at defence and offence. First, arguing that an ‘imperfect and evolving understanding’ was nothing unusual in the case of a new disease. Thus, exonerating the WHO and Beijing. Second, retorting, apparently at Washington, that ‘rising politicization of pandemic response was hindering efforts to defeat the virus’.

There were claims of vindication on all sides. But the forum was used by the WHO and China to turn the criticism directed at them since early this year back at their strongest critics. The predicament of Australia is a case in point. Canberra had played a leading role in building support for the resolution targeting China and soon got 123 members to sign off on it. The main apparent fault on the part of the Chinese authorities and the WHO, correctly identified by the Australians, was not the origins of the virus but the alleged cover-up that allowed the disease to spread and cause the pandemic. When Australia claimed that the resolution that it helped the EU draft is a vindication of its stand, the Chinese called it “nothing but a joke”. “Draft resolution is totally different form Australia’s proposal for an independent international review,” the Chinese Embassy in Canberra contended. And yet, it had taken mounting international pressure, including displeasure from African states long used to easy arm-twisting by Beijing, for China to relent on its opposition to even a rather anodyne-sounding probe partly on its territory and at an indefinite point in time in the future. Meanwhile, Australia was under assault from Chinese retaliation on its barley and beef exports and threats of consumer boycott of Australian goods, which Canberra labelled “economic coercion”.

The term being used in the media, both in the West and in China, isn’t exactly ‘coercion’ but ‘Wolf Warrior’ diplomacy. That’s the new moniker for aggressive Chinese diplomacy through the pandemic, in both pouncing upon anybody who questioned its apparent attempt at a cover-up in the early days of Covid-19 in Wuhan last November-December as well as promising vaccines, protective equipment and continued Chinese benevolence towards the wealth of other nations. All the while, Beijing has been notching up one victory after another in its control of global bodies, not least through funding. Allegations, justified or not, have been made of a Chinese scheme for the colonisation of global health, helped by a US that was not watching or paying attention, or thinking the politics (or geopolitics) of global health wasn’t important enough. This mistake has also been identified by those who question the process by which Ghebreyesus, the first WHO chief who’s not a doctor of medicine, found himself to be at the head of the global health agency and then repaid to the fullest his debt to China. He gave its alleged cover-up diplomatic protection, criticising countries that stopped travel to and from China, and, generally, by being ready with a statement every time Beijing needed one.
Such an alleged nexus between the WHO and China, or Ghebreyesus and the Chinese leadership, apart, nothing has brought the fact that something is very wrong to the surface like the case of Taiwan. Taiwan’s exclusion from the WHA—there will be no vote on its inclusion till later this year and China will continue to block its entry—is not just about Beijing’s hawkishness or the few countries that still recognise its sovereignty. The US had called for Taipei being given observer status and has been its most
vocal backer. However, the tragedy of Taiwan’s exclusion is the fact that it could have contributed a lot to the debate and discourse on Covid-19. In an editorial (‘The World Needs Taiwan at WHA’) on March 19th, the Taipei Times rued: ‘There is no reason to expect others to stand up for Taiwan, unless they realize what they have to gain — or lose, if they make only half-hearted efforts or are complacent about the world order after the COVID-19 debacle.’

Taiwan not only has one of the world’s best responses to Covid-19, expertise it is willing to share with one and all, but also did the world yeoman service by providing some of the earliest warnings. In December, it had told the WHO about human-to-human spread of the virus. Ghebreyesus had ignored that warning and waited for the People’s Republic to admit to the same around January 2oth. Only then did the WHO change its own line on the danger posed by SARS-CoV-2 and that it was spreading through human contact. Therefore, Ghebreyesus’ claim that the WHO has sounded the alarm early, flies in its own face. And he has every reason to be angry with Taipei. Like Taiwan, like Li Wenliang. Nevertheless, if the WHA had begun with all eyes on China, its conclusion is unlikely to focus those eyes elsewhere yet.