The current monetary policy framework, executed with textbook precision, will not meet the goal of both inflation targeting and growth 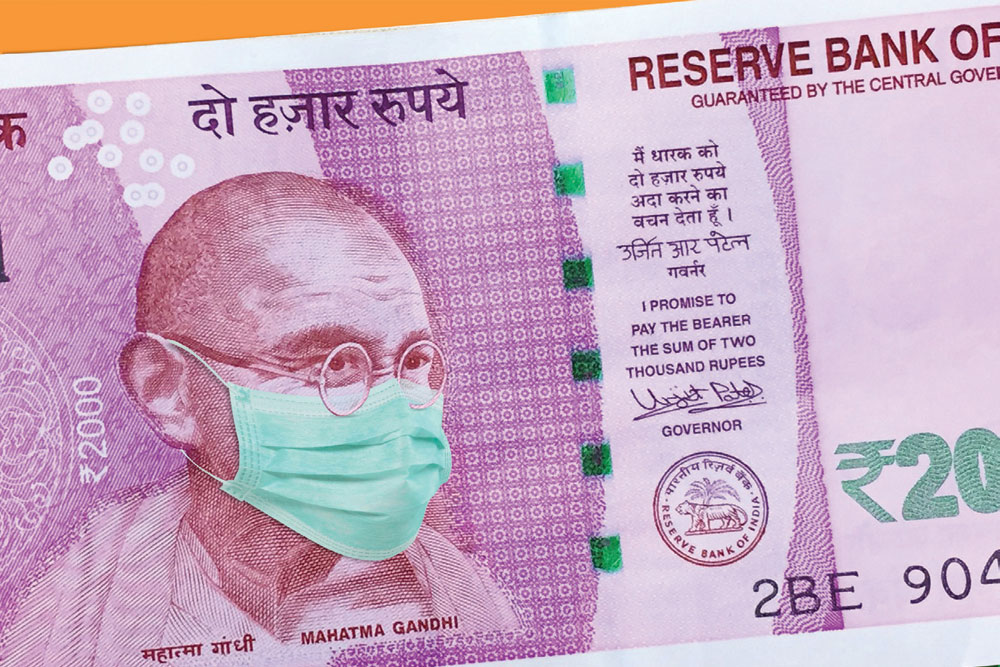 
IS INDIA’S RESPONSE to the grave economic fallout caused by an unprecedented global pandemic being held hostage by an outdated policy orthodoxy? It is a question that has gained urgency after the lagged release of the minutes of the most recent meeting (August 4th-6th) of the Reserve Bank of India’s (RBI) Monetary Policy Committee (MPC), the apex body which sets interest rates for the financial system. It was already known that the RBI did not cut rates because inflation had breached its upper target of 6 per cent in both June and July.

The minutes revealed something worrisome, particularly in the statement of Deputy Governor Michael D Patra, who heads the economic research and monetary policy verticals of the RBI. He cited the ‘technical considerations of the monetary policy framework’ and ‘failure’ to keep inflation in the target range as reasons to hold interest rates. The monetary policy framework (of inflation targeting) is a Western orthodoxy from the 1990s imple­mented in India two decades late(r). Two global economic crises later, it is unfit for purpose, particularly in emerging economies.

Of course, there were very good reasons rooted in political economy for the Narendra Modi Government to implement the monetary policy framework of inflation targeting by an independent committee of central bankers and experts. One of the failures of the UPA Government in its second avatar was rampant, double-digit inflation. And politicians know that run­away inflation hurts badly at the hustings. There was an element of an overheated economy between 2009 and 2012 as the large fiscal stimulus provided after the onset of the 2008 crisis was not withdrawn once growth recovered. In such a context, the orthodoxy was appealing. Technocrats not driven by political expediency set interest rates to meet an inflation target set by the political executive. So, if fiscal policy was irresponsible, then monetary policy would act as a counter to curb excess demand.

The fact is that the monetary policy framework is useful in managing the demand side of the economy. The lever of inter­est rates can be used to either boost investment demand and consumption demand or dampen them. But an economy has two sides: a demand side and a supply side. In the advanced economies, the supply side is not hobbled by various structural impediments as in emerging economies. It doesn’t usually play a big role in determining inflation. On the other hand, in India and other emerging economies, the supply side drives its own infla­tion dynamic no matter what is happening on the demand side. The Consumer Price Index (CPI), the measure used by the RBI to target inflation, is dominated by food and fuel. Given the plethora of structural constraints in agriculture and its heavy dependence on rainfall, it is not surprising that periodic bouts of inflation are led by shortages of key agricultural commodities. For oil, given its 85 per cent-plus import dependence, the level of global oil prices also plays a critical role in determining domestic inflation. Neither of the two can be directly brought down by raising interest rates.


The challenge is not India’s alone. The credibility of economists has been dented since the 2008 global financial crisis. The fallout of the pandemic will throw up more questions. For emerging economies, it is imperative to develop a new framework for macroeconomics without waiting for a new global consensus

The current spurt in inflation, of over 6 per cent, is not driven by excess demand. On the contrary, demand has collapsed, and the country is forecast to record its lowest ever annual growth (degrowth most likely) in four decades. The public health crisis has, however, led to a severe disruption in supply chains. Once again, it is the supply side which is driving prices.

An argument has been made in recent years that because of the vagaries of food and fuel prices, the RBI must not target the CPI. Instead, it should target core inflation which leaves out price rise caused by food and fuel. Even a cursory examination of the trend shows that while the CPI has risen in recent months, core infla­tion has not. The latter is a more accurate indicator of demand. However, the RBI rejected this proposition by arguing that it is the CPI which sets overall inflation expectations for the economy, not core inflation. That is not an unreasonable point, according to economics textbooks. Even the RBI’s present stance is textbook accurate. But it’s time to change the syllabus.

The challenge is not India’s alone. Globally, the credibility of economics and economists has been dented since the global financial crisis of 2008. The fallout of the pandemic and its long-term consequences will throw up more questions. The current orthodoxy, born in the 1980s, may or may not adapt. If not, other fields, such as the interdisciplinary areas of public policy and development studies may become more relevant for policymakers.

For emerging economies, like India, it is imperative to develop a new framework for macroeconomics without wait­ing for a new global consensus. Of course, supply-side reform is ongoing. The Modi Government has taken several strides. But given the vested interests and political sensitivity of such reform, it is unlikely that India will be able to smoothen out all supply-side issues in the near future. The pandemic has ensured that even what was functioning will face disruption. But there are reasons beyond the supply side. On the demand side, there are serious problems with the transmission of monetary policy. Unlike in advanced economies, rate cuts by the central bank do not automatically translate into rate cuts by banks. Also, in a country where a majority still depends on savings which grow on government-administered interest rates, there is an obvious contradiction between reducing rates to boost growth and rais­ing interest rates to encourage saving.

The elephant in the room will always be fiscal policy. It is because of the careless and faulty use of fiscal policy for decades in the past—includ­ing inflation-inducing automatic monetisation of government debt—that India has embraced the orthodoxies, both fiscal and monetary, of the present. The Modi Government, wary of the bad habits of its predecessors, is sticking to relative fiscal rectitude amid the greatest economic crisis in generations when governments everywhere else are loosening their purse strings.

Ultimately, both fiscal and monetary policy are instruments to an end—prosperity. India cannot be one-sided and concentrate only on inflation. After all, it is rapid growth that will be a gamechanger for the country. Fiscal and monetary policy need to work in tandem to get the best outcome possible on growth and inflation given all the structural constraints that exist. The current monetary policy frame­work, executed with textbook precision, will not meet that goal. In an economy shaped by the pandemic, it will be counterproductive. The Government needs a new model, soonest.