The Many Turns of Prashant Kishor 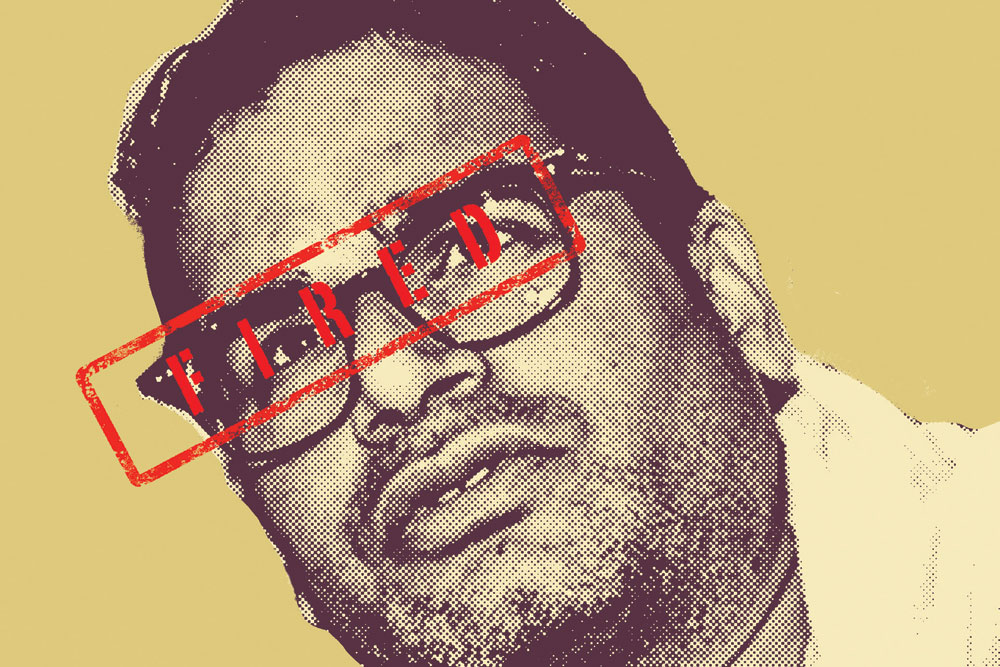 
WITH HIS EXPULSION from the Janata Dal-United, or JD(U), Prashant Kishor is back to being a political freelancer. He was a vendor of poll wares to Narendra Modi, prime ministerial candidate for the Bharatiya Janata Party (BJP) in 2014, one among a dozen working on his campaign. Overnight, the media-savvy Kishor transformed himself into a ‘master election strategist’.

Since 2014, and after being snubbed, the whiz kid has been forced to switch parties fast and is now seen as a political and ideological carpetbagger, ready to work for the highest bidder.

The slide began when Kishor, in apparent overreach, sought a bigger role for himself in programmes and policy within the BJP after the 2014 Lok Sabha polls. The serious business of government formation and governance had taken over and there was little time for a man with the Midas touch. Marginalised, Kishor let on to the media that he was looking for a bigger role in the Government. A bereavement in the family led to a personal meeting with Prime Minister Modi and Kishor put his plaints before him. Modi, however, told him that it was Amit Shah who managed everything. Kishor then hotfooted it to Shah, who did not yield.

Kishor then waited to cock a snook at the BJP’s top leadership. Eyeing his opportunity in the then upcoming Bihar Assembly polls in 2015, he cosied up to both the Rashtriya Janata Dal’s Lalu Prasad and his rival, JD(U) chief Nitish Kumar. That was his first contact with Nitish Kumar, who found his services useful at the time. He managed to smooth out relations between the two, paving the way for the Mahagathbandhan against the BJP in Bihar that trounced the latter.

In Nitish Kumar, Kishor finally met his match. From dumping his colleague George Fernandes, the BJP, ally Lalu Prasad, Jitan Ram Manjhi (who had replaced him as Bihar Chief Minister in 2014) and the ranks of the anti-BJP coalition (which even considered him, in the run-up to 2019 General Election, for a consensus prime ministerial candidate) to rushing back to Modi and the National Democratic Alliance (NDA), Nitish Kumar has made several turns. Kishor, who had betrayed the BJP which gave him a national platform to showcase his campaign management skills, sulked after Nitish Kumar went back to the NDA and sought to project himself as the Congress’ champion campaign manager by knitting an unconvincing alliance between Rahul Gandhi and Akhilesh Yadav that came to nought, even engendering a historic win for the BJP in Uttar Pradesh in 2017. He then doubled back to Nitish Kumar in 2018, was called the ‘future of the party’ and made Vice President. Then his organisation took up Arvind Kejriwal’s campaign for the Delhi Assembly election. That was the trigger. The tentative bonhomie between Nitish Kumar and Kishor ended rudely, with the protests against the Citizenship (Amendment) Act (CAA) and National Register of Citizens (NRC) leading to a public showdown.

Over the last few days, Nitish Kumar has called the bluff of the man feted by the media for his ‘revolutionary’ new tactics in campaign management. On the other hand, Kishor had sought to out Nitish Kumar as a person who flirted with the Congress even as he supped with the NDA—just to keep up pressure on the BJP over seat-sharing and to return as Chief Minister. “He should leave the party if he doesn’t like the decisions, or stay. It’s his call. But if he stays, it has to be strictly by the terms of the party and its decisions,” Nitish Kumar said at a press briefing.

The Bihar Chief Minister was reportedly furious at Kishor’s leak to the media that he had confessed at a key party meeting in November 2019 that the BJP had “humiliated” him. The meeting was called to consider dumping the alliance with the BJP, starting with the Delhi polls, something that Kishor, already working with the Aam Aadmi Party, was keen on. He had written a letter to Nitish Kumar to make his position clear against the NRC. Nitish Kumar’s response was to rub Kishor’s nose in the dirt further by claiming that he had taken him into the party only at the behest of Amit Shah.


The Bihar Chief Minister was reportedly furious at Prashant Kishor’s leak to the media that he had confessed at a key party meeting in November 2019 that the BJP had ‘humiliated’ him. The meeting was called to consider dumping the BJP, starting with the Delhi polls, something that Kishor, already working with the AAP, was keen on

On January 28th, hours after a news website broke the details of the deals between them after Nitish Kumar’s own outburst, Kishor tweeted: ‘Nitish Kumar, what a fall for you to lie about how and why you made me join JDU!! Poor attempt on your part to try and make my colour same as yours! And if you are telling the truth who would believe that you still have courage not to listen to someone recommended by Amit Shah?’

The news item exposed the attempts to separate the JD(U) from the BJP on the CAA-NRC issue and the later double-back by Nitish Kumar, ostensibly after issues concerning the Bihar Assembly polls were settled satisfactorily. This apparently left Kishor with little choice but to resort to Twitter, with nowhere else to go.

The details were all the more stinging given the reported attempts to wean the JD(U) away from the BJP, with Kishor’s former paymasters, the Congress, seeming to be in on the plans. The plot was traced as far back as before the Lok Sabha elections of 2019 and to as recent an event as the CAA’s passage, which the JD(U) voted in favour of in the end. Political circles had been abuzz with Nitish Kumar being ‘in talks’ with top leaders of the Congress. In November last year, Nitish Kumar is believed to have held as many as 20 meetings to seriously discuss breaking ties with the BJP, despite ongoing negotiations with the BJP over the Bihar Assembly polls.

Pavan Verma, another party leader who also wrote a letter to Nitish Kumar to come clean on the NRC, maintained that a bitter Chief Minister had confessed to being “humiliated” by the BJP and was no longer keen on staying in the NDA. Verma later went public with his differences with Nitish Kumar and was, like Kishor, told in no uncertain terms to leave the party. For Verma and Kishor, Nitish Kumar’s decision to go ahead with the alliance with the BJP in Delhi was a sore point.

What has been exposed of late, ending with the expulsions of both Kishor and Verma, is the underbelly of self-serving politics in the JD(U). All have washed their dirty linen in public. And there couldn’t be anything better for politics than the cleansing signal.