The LDF tally in the Assembly is now 93, two more than when they were elected to power in 2016 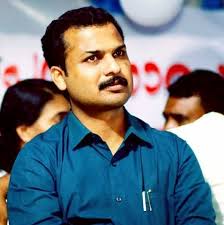 
Both the ruling CPM-led Left Democratic Front (LDF) and the opposition United Democratic Front (LDF), led by the Congress, had reasons to be satisfied in the by-elections to the five Assembly segments in Kerala. For the Bharatiya Janata Party (BJP) state unit the cheer was missing. Four of the five seats— Konni, Vattiyoorkavu, Aroor and Ernakulam—had become vacant because their representatives had become elected to the Lok Sabha. The Manjeswaram legislator had passed away. The CPM could pat itself on the back for wresting Vattiyoorkavu and Konni from the Congress. A month earlier it had won the Pala by-election which had been a UDF stronghold for decades. The LDF tally in the Assembly is now 93, two more than when they were elected to power in 2016. More importantly, these by-elections indicate that it is not facing any anti-incumbency factor which could crucial when the next Assembly elections happen. The Congress meanwhile took Aroor from the CPM and retained Ernakulam.

In Vattiyoorkavu, which is in Thiruvananthapuram district, the CPM had fielded V K Prasanth, the mayor of the Thiruvananthapuram Corporation. He won by 14465 votes, despite it being a constituency dominated by the Nair caste and their main organization, the Nair Service Society (NSS), openly backing the UDF candidate. NSS usually maintains an apolitical neutral facade and their open endorsement this time was a departure, the result of the LDF government’s stand to throw open Sabarimala temple’s gates to women of all ages. But it backfired on the NSS with Prasanth’s victory exposing their limited political influence. Instead of voting on caste lines, voters chose a leader who had proven his mettle in public work, especially when Kerala had been devasted by floods a few months ago. Along with hundreds of young volunteers, Prasanth had collected and despatched truckloads of relief material to flood-hit areas, making him popular across the state. His appeal among the youth had led to him being called ‘Mayor Bro’. In the 2016 Assembly election UDF had won this constituency and CPM was in third place with a vote share of 30 per cent. Prasanth won 44 per cent of total votes polled, a massive jump for the CPM.

Konni in Pathanamthitta district is where Sabarimala is located. Both the BJP, whose leaders oversaw the campaign to prevent women’s entry into the temple, and the Congress too had tried to exploit religious sentiments of Hindus over the issue. And yet, CPM’s KU Jenish Kumar won by a margin of 9953 votes. BJP’s Sabarimala poster boy and one of its general secretaries, K Surendran, who contested there, ended up in third place with a decline of 7000 votes from what the party had got in the Lok Sabha election. Even the Orthodox Church had this time made the unusual move of issuing a public statement in favor of BJP citing that both LDF and UDF did nothing for the welfare of their community. The Konni result, as in Vattiyoorkavu, showed that religious and communal appeals hadn’t worked. In the Manjeswaram constituency too, where BJP always is neck to neck with UDF, they got 3000 votes from less than in the Lok Sabha election.

Where the Congress scored big was in Aroor, an LDF stronghold seat that it captured from the CPM. It fielded Shanimol Usman, a senior woman leader with a clean image, who is a popular figure even among those who lean towards the Left. G Sudhakaran, minister for public works might have helped her win by making a derogatory statement against her. Interestingly, in all Assembly segments where by-elections were held, people cast their vote against the party holding the seat. Even in Ernakulam, a UDF stronghold, Congress candidate T K Vinod won only by a slender margin.

BJP’s hopes for making inroads into the state’s politics got grimmer with these by-polls. Soon after the results, BJP state president Sreedharan Pillai was appointed Mizoram governor by the Centre, a move seen as a demotion for him for the poor performance. Before him, Kummanam Rajasekharan, another state president, had been the governor there. He was appointed during the Chengannur Assembly by-poll in May 2018. Ironically, Sreedharan Pillai had been the BJP candidate in Chengannur and the party had been defeated badly with a drop of 7412 votes from its 2016 performance. Sreedharan Pillai denies that that this is a ‘punishment posting’. “I was given a hint by the Central leadership a few months ago that my service might be required outside Kerala. I am happy to accept whatever position is offered by the party,” he says.

A fallout of the by-election results will be a deepening of the crisis in the BJP and Congress state units. BJP’s ally in the state is Bharat Dharma Jana Sena (BDJS), a party led by Thushar Vellappally that commands influence over the Ezhava caste which makes up a substantial vote block in Kerala. The by-election debacle might rupture the BJP-BDJS relationship. In the Congress, a blame game has begun with some leaders openly criticising Mullappally Ramachandran, president of the Kerala Pradesh Congress Committee. N Peethambara Kurup, a former MP who had been eying the Vattiyoorkavu seat, said that the party requires a ‘cleaning process’.

“The BJP has not only not been able to make any gains but has really suffered a setback. It proves two things: that caste politics, at least in its blunt and direct form, cannot garner much support in the state and that the Sabarimala issue, which anyway was a false issue drummed up by Hindutva patriarchs, has not had any lasting impact. If all those women who were ‘ready to wait’ (the label for a campaign to prevent women’s entry into the temple) had voted BJP, its performance would not have been so poor. No, they are not really ready to wait,” says K Satchidanandan, poet and social activist.