Murder on their Minds 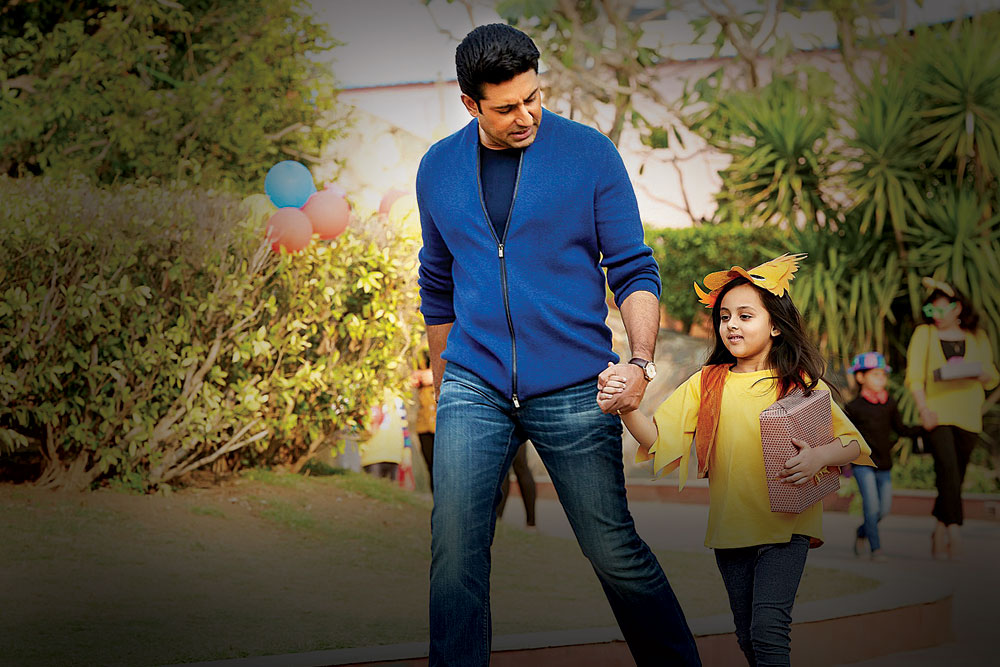 Abhishek Bachchan in Breathe: Into the Shadows


WRITING FOR Hollywood Quarterly in 1946, Franklin Fearing made the kind of claims that would still be considered progressive today. Examining films such as Alfred Hitchcock’s Spellbound (1945) and William Dieterle’s Love Letters (1945) in his essay ‘The Screen Discovers Psychiatry’, Fearing writes, ‘It has become trite to say that the difference between the abnormal and the normal individual is shadowy. But it cannot be too often emphasised that it is a difference in degree rather than in kind.’ The purpose of a ‘good, sound, entertaining film’, says Fearing, is to make ‘abnormality’ intelligible and less horrible. The psychology professor’s insights were, of course, percipient, but their continuing relevance is unfortunate. Nearly 75 years later, neither cinema nor society has moved ahead.

Writing when World War II had just culminated, Fearing predicted ‘personality disturbances are likely to increase rather than decrease’. He thus insisted filmmakers and audiences treat these ‘disturbances’ with the same objectivity they reserve for biological disease. In a year when our collective fears have again needed an urgent and easy distraction, OTT platforms have come to enjoy an influence Fearing had once attributed to films of the early 1940s. It only seems fitting that two recent web shows have made psychiatrists and psychologists the protagonists they already are for some. According to OTT logic, those who solve problems can, obviously, solve crimes.

Sigmund Freud had once said the task of the therapist and that of the examining magistrate is one and the same: ‘We have to uncover the hidden psychical material; and in order to do this we have invented a number of detective devices.’ Freud’s model—one that takes incomplete and baffling stories and makes them consistent—has often been compared to the classic Sherlock Holmes narrative. In March, when Netflix turned the father of psychoanalysis into a sleuth for its show Freud, the transformation seemed inevitable, but the early snatches of Breathe: Into the Shadows were admittedly far more surprising.

The recent acclaimed web shows in India—Sacred Games, Paatal Lok—seem to follow a thumb rule. To keep audiences hooked, there must be blood. For crime to simmer and for a criminal to pass through the hoops of conditioning, transformation and possibly even redemption, the makers of these shows need to give their characters time. The streaming crime show is no longer a simple whodunnit. If we’re investing the better part of a day or a week in trying to unpack the riddle of violence, the show ought to exceed the ‘who’, ‘what’ and ‘when’ of its crime(s). It must explain ‘why’.

The trailer of Breathe: Into the Shadows (Amazon Prime) seemed like a veritable climax. Not just was Avinash Sabharwal (Abhishek Bachchan) the victim of a crime—his daughter had been kidnapped—but as a psychiatrist, he would come to play a key role in the hunt for its perpetrator. One expected to feel the same fascination and horror that shows like Mindhunter (Netflix) had inspired in recent years. Psychiatry, we hoped, would be more than a gimmick. Rather than just dip its toes into the pool of mental health and illness, here was the possibility of immersion.


Freud’s episodes take their names from popular Freudian concepts but rather than apply theories of human consciousness to murder and madness, the show instead seems to only want to employ hypnosis as an easy plot device

Like its many crime counterparts, Breathe (spoilers to follow) too maps the intent of violence, but with a mental health practitioner at its centre, it had the luxury of diagnostic tools others did not. Sadly, it only ever used these to further stigmatise mental afflictions. In one of the show’s first scenes, Sabharwal takes the stand to offer his psychiatric analysis of a young woman accused of murdering three members of her family. Sabharwal’s task is cut out: he must confirm or disprove her symptoms of schizophrenia. When interviewing the girl, the doctor’s suspicions are raised when he sees she has solved a sudoku puzzle. Uninterested in her years of abuse, it’s the alertness of her faculties that helps Sabharwal arrive at a final conviction: ‘Chandni Rawat is no more schizophrenic than anyone in this courtroom.’

Breathe equates mental illness and dysfunctionality all too easily. Too preoccupied trying to find his missing daughter, we never really see Sabharwal interact with his patients, but at one point, we are made privy to the files he keeps on his computer. While his diagnoses often read like Wikipedia entries, the show, on occasion, does also let its bias slip. A bipolar patient, for instance, is prone to ‘bouts of depression’, ‘irrational thoughts’ and also ‘aggression’. In the fictions of Breathe, mental illness is the sum of its violent manifestations. Afflictions don’t just propel crimes; they are crimes themselves.

Fearing wrote in 1946, ‘Without a thorough grounding in psychology and allied social sciences as well as a mastery of the medium in which he works, the writer or director will almost certainly present [psychological] material as merely spectacular or as a device which enables him to escape from an impasse in the plot.’ The creators of Breathe can be indicted on all these grounds. Avinash Sabharwal, we find, is surprisingly pliant when his child’s abductor asks him to start killing people he has categorised according to somewhat biblical vices. Not only does Sabharwal join the investigation into murders he has committed, the show has a bigger twist soon after.

Though Breathe seems to be waking up with a dire hangover of having binged on films like David Fincher’s Se7en (1995) and M Night Shyamalan’s Split (2016), it demands a grand suspension of disbelief that many of its genre inspirations do not. Its implausibility is laughable, yes, but it’s also dangerous. Too often have fictionalised representations of mental health disorders like multiple personality disorder done more harm than good. Doing little to illumine the character and motivations of those afflicted, these portrayals use psychology only to either titillate or trivialise.Breathe’s makers can argue their brief was to entertain rather than educate, but that does not absolve them. They had a chance to make ‘abnormality’ intelligible and less horrific. They squandered it.

The crime genre has always relied on epiphanies to piece together the deliberately fractured narratives of its shows and films. Just around the time when detectives begin to lose their grip on the case at hand, they chance upon a little insight that brings together all the pieces of the puzzle. To some mental health practitioners, these ‘aha!’ moments might seem only too familiar. For psychiatrists like Breathe’s Sabharwal, a diagnosis might suddenly explain errant human behaviour, but for Freud, the purveyor of our unconscious, the answer often involves the dredging of much psychological muck.

Set in 1880s Vienna, Freud’s protagonist barely resembles the self-assured, even arrogant psychoanalyst the world both reveres and derides today. The show’s bumbling hero is certainly not that Freud. He is decidedly a twentysomething Sigmund (Robert Finster) whose ideas of the unconscious still appear half-baked. To prove his radical theory that the human mind and brain are separate, Freud even resorts to playacting, but his housekeeper can’t keep up the pretence. Asked to perform the role of a grieving mother who speaks under hypnosis for the first time in 30 years, she buckles under pressure.

In Netflix’s Freud, the psychoanalyst is forced to examine mutilated bodies of prostitutes on his desk, not so much the patients we are used to imagining on his couch. Freud’s cocaine habit verges on fullblown addiction. Bafflingly, he even attends a séance. By the second episode itself, it becomes clear that Countess Sophia, hostess of the séance Freud attends, is killing more people dead than she is summoning. Freud will need a few ‘aha!’ moments to work this one out.

In Breathe, mental illness is the sum of its violent manifestations. Afflictions don’t just propel crimes; they are crimes themselves. It equates mental illness and dysfunctionality too easily

Each of Freud’s eight episodes take their name from a popular Freudian concept—‘Totem and Taboo’, ‘Repression’, etcetera—but rather than apply these theories of human consciousness to murder and madness, the show instead seems to only want to employ hypnosis as an easy plot device. Over time, Freud’s theories have come to be thought of as old-fashioned, his psychoanalysis is considered laborious, but the makers of Freud have assigned to him a fate far worse. Rather than be an active participant, Freud is reduced to being a bystander. His methods seem nothing more than party tricks.

OTT platforms were once kinder to mental health practitioners who double up as detectives. In The Alienist (Netflix, 2018), a period piece set in 1890s New York, psychiatrist Dr Lazlo Kreizler (Daniel Brühl) is called upon to understand the psychology behind a string of grisly child murders. At one point, he says, ‘Only if I become him, if I cut the child’s throat myself, if I run my knife through the helpless body and pluck the innocent eyes from a horrified face, only then will I come to truly understand what I am.’ There was something classical about The Alienist’s vision of empathy—it involved the psychiatrist placing himself in the shoes of a murderer so as to become a good detective.

In Alias Grace (Netflix, 2017), a mini-series that adapted Margaret Atwood’s novel of the same name, Dr Simon Jordan (Edward Holcroft) busies himself with a psychiatric evaluation of Grace Marks (Sarah Gadon). Jordan’s findings can exonerate Grace of the murder charges levelled against her. His interviews with Grace masterfully build suspense, but they also raise a vital question: what does it mean to be mad? As Grace says, ‘When you go mad you don’t go any other place, you stay where you are. And somebody else comes in.’ Also set in the 19th Century, Alias Grace, unlike Freud, carefully separates superstition and mental illness without ever giving up the thrills of its narrative whodunnit.

Bound by the limits of convention, shows like Breathe and Freud do little to take the crime genre forward. More importantly, perhaps, they do even less to explore our human appetite for destruction. Watching the two shows together, we see the mental health practitioner play several roles—perpetrator, victim, detective, addict—but not once do we see him throw a torchlight on the dank basements of our minds.