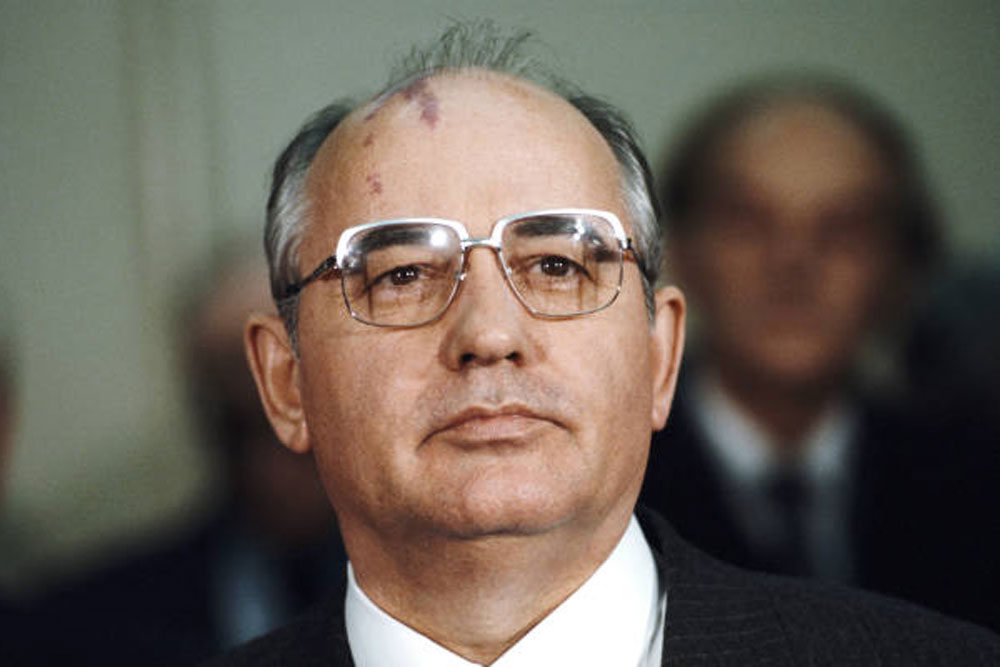 
Mikhail Sergeyevich Gorbachev was not a tragic hero. A tragic hero perishes with his action, or soon after, of which nothing remains. Gorbachev lived for more than three decades after he closed the prison that was half of Europe, took the initiative in ridding the world—that is, the two superpowers—of some of the nastiest instruments of self-harm known to mankind, and precluded a third all-consuming global cataclysm in the 20th century.

The man who did that was a hero.

Every once in a while comes a leader whose mission isn’t quite of his own making, nor made of precise choices. Gorbachev realised the imperative of change far better than the immediate context and consequences of that change. But he knew that he had to act. And sometimes, not to. Born to peasant stock in the northern Caucasus in Stavropol on March 2, 1931, Gorbachev had an insight into the heartlessness of the Soviet system early in life. His parents were survivors of collectivisation and other members of his family had been persecuted under Stalin’s purges.

It’s easy to say that Gorbachev was a flawed reformer. That he did not grasp the enormity of what he was doing. That he did not understand the Soviet Union itself and its constituents. Otherwise, why would he embark on both perestroika and glasnost—the two words in the global lexicon that will forever be his legacy—at the same time? Didn’t the Chinese learn their lessons from the Soviet collapse and thus decide that the Fifth Modernisation was no-go?

To judge Gorbachev thus is to misunderstand the man, if not the erstwhile KGB state. Glasnost, or openness, did unleash the centrifugal forces that would have sooner or later brought about the end of the 70-odd years of the Bolshevik era, or would have surfaced as soon as the first hinges of the empire started coming apart. More than that, Gorbachev would have been unfaithful to himself had he not paired political openness with economic restructuring. The two, as far as he was concerned, went together.

He did not want the annihilation of the Soviet Union. He wanted a reformed communist state. But when he didn’t send the tanks rolling into East Germany in 1989, or to anywhere in Soviet Bloc Europe, he had made his choice and told the world in the clearest terms possible where he stood. There would be no turning back the hands of the clock. The Soviet Union was dead when the gates at the Bornholmer Straße border crossing were opened on the night of November 9, 1989. If the Soviet economy was moribund and perestroika had bitten hard by prolonging people’s suffering with the disappearance of basic goods from shops, the political death of the Soviet state had occurred at that moment when East Berliners crossed into West Berlin, far away from Moscow and Leningrad.

Gorbachev’s political career ended not during the short-lived coup of August 1991 but the moment Boris Yeltsin climbed up on the tank to keep the direction of history straight. There would be, there could be, no turning back. Gorbachev regretted the death of his country but not what he had unleashed. That much of his legacy has today been turned to ashes by another imperialist who came out of St Petersburg was also perhaps inevitable, but that particular moment of danger in the 1980s when the rhetoric of the Reagan administration and the paranoia of the Andropov regime had brought the world very close to a nuclear catastrophe—the Americans might have been bluffing but the geriatric Soviet leadership was days if not hours away from pushing the button—could only have been defused by a man who understood the danger and realised things could not go on the way they were, and acted on it.

Gorbachev’s death in a Moscow hospital on August 30 after a prolonged illness may not bring to mind what he represented when he took over as general secretary of the CPSU. He was a breath of fresh air on both sides of the Iron Curtain. Ian Kershaw brilliantly summed up the time framed by Gorbachev’s advent and the immediate aftermath of his fall: “Hardly anyone, whether in Eastern or in Western Europe, foresaw what was coming. Radical change in an apparently ossified Soviet bloc seemed unthinkable. That it could come from within the Soviet Union itself was unimaginable. Nor did Mikhail Gorbachev have any idea, when he became head of the Communist Party of the Soviet Union on 11 March 1985, that within six years his actions would utterly transform world history. He wanted to reform the Soviet Union; he ended up destroying it. It was, of course, not his work alone. But without him it would not have happened. Between his accession to power in 1985 and spring of 1989 the strong easterly wind of change under Gorbachev gradually gathered hurricane strength until it was on the verge of destroying all in its path and upturning the roots of the old order in Eastern Europe.”

Totalitarianism does not have happy endings. It rules by blood and perishes in blood. The Russia that emerged out of the Soviet Union had been lucky, notwithstanding the terrible 1990s that lay ahead. As Gorbachev well knew, one cannot say the same thing about Russia or the world today. Perhaps his actions only postponed the cataclysm. But there was nothing about the Soviet Union that should make us begrudge him its demise.