What Chefs Make of Food Reviews 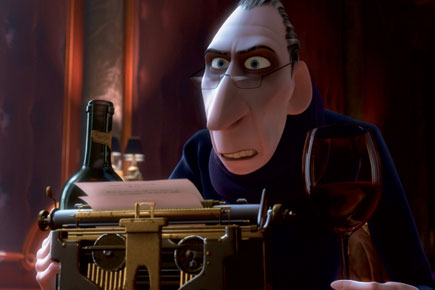 
Early in January 2011, within weeks of the launch of the fine-dining restaurant, The Table, in Mumbai, a review of the restaurant appeared in a Hindustan Times supplement. The reviewer wasn’t particularly unhappy with the establishment, but she wasn’t impressed either.

She complained about the cost of the dishes and gave it three stars out of five. She put to the sword a few dishes—Honeydew Sangria (‘mild, but a good accompaniment to the subtle flavour of the seafood’), Baked Baby Eggplant (‘the eggplant could have used a little more cooking’), Spicy Grilled Calamari (‘wasn’t spicy by Indian standards’), and Kir (‘didn’t exactly taste like the black current liqueur and white wine’).

However, what seemed to have impressed her, especially for its innovation, was the rawas. She wrote: ‘Those who appreciate innovation in the kitchen should try the rawas. The batter had a subtle, tangy flavour to it, actually making the dish taste unlike fish. That may or may not be a good thing.’

The review shocked the chef of the restaurant, Alex Sanchez. As he points out, their menu does not contain a single battered item. There is no rawas dish either. What the reviewer had eaten was chicken wings.

In the last few years, Mumbai, like some other Indian cities, has undergone a gastronomical explosion. There are regular Restaurant Weeks, Meet The Chefs, food workshops, and every few weeks, a new restaurant opens in a different part of the city. All this has also led to a flourishing of the tribe of food reviewers.

Earlier, a few writers reviewed eateries, but now almost every publication or website with a lifestyle section has one such reviewer. Unlike in the West, where food reviewing is a serious job and most writers have a background in culinary arts, here it is very rare to come across a food writer with any such expertise. What’s more, most of them don’t specialise in the subject.

It is not surprising that chefs dislike reviewers. But in India, where a chef’s competence is usually judged by a gaggle of fledgling writers, this dislike is replaced by utter contempt.

Vikas Seth, head chef at the Mexican joint Sancho’s and pan-Asian eatery Singkong, both in Bandra, recently read a review of Singkong in which the writer had suggested visitors try the dish Tofu Wrapped In Pandan Leaf. She called it ‘subtle on the palate but quite beautiful nonetheless’. Seth laughs when he recalls this episode. The dish did not contain tofu, but cottage cheese.

Used to such sloppiness, Seth put the episode behind him. “A more discerning reviewer wouldn’t have made such a gaffe. But I let it be. A few days later, one of the guests asked us why we didn’t prepare this dish using cottage cheese. I suspect he had read that particular review,” he says.

Last month, one reviewer claimed she spat out the Philadelphia uramaki she had ordered at the same restaurant, though another writer a few days earlier had given the same dish glowing reviews. “I can understand different opinions, but not such contrasting ones,” he says, “Why would one relish it and the other spit it out? Either one of them did not get it, or worse, both did not.”

Most food reviewers in the country are amateur writers fresh out of college whose enthusiasm for eating out is taken as a qualification for judging restaurants. While some reviewers visit a restaurant anonymously, many do not; they prefer not to.

Pointing out how such a practice is an intrinsic flaw in the idea of an honest review, Bangalore-based Madhu Menon, a chef and food writer, writes on his blog: ‘The ‘reviews’ for most major newspapers are arranged by PR people, and the critic will happily turn up after informing you in advance. You will make small talk with them, make sure your best waiter is at their service, and the head chef himself handles the food for their table. If you’re a Page 3 person who has been added to the restaurant management for your celebrity value, you will schmooze with them too – so, essentially, nothing like a typical guest’s experience. They will then partake of your free food and booze, and hopefully give you a stunning review.’ Menon earlier ran an Asian food restaurant and cocktail lounge in Bangalore called Shiok Far-eastern Cuisine. He recounts how a reviewer once wrote about one of his dishes, the Beef Rendang, despite not having it; the reviewer had simply read its description in the menu.

All of this came as a surprise to The Table’s Sanchez, who moved to Mumbai from San Francisco in 2010. “I had absolutely no clue of how food reviewing worked in Mumbai then,” he says. Reviews of the restaurant were out within weeks of its launch, the first of them appearing by the third day of the opening.

“In San Francisco, writers don’t rush in to review places. They give the place some time to settle down. I know a restaurant is expected to be on top of its game from the first day itself, since people pay the same amount for the food, but it always takes time for a restaurant to settle down. Once this period goes by, a reviewer visits an eatery a number of times before finally writing about it,” he says.

In Mumbai, Sanchez was surprised to find publications competing with one another to be the first to review new joints. Sanchez wrote about his experience of food reviewers in Mumbai for a paper in San Francisco two years ago. He mentioned how reviews here lack constructive criticism and useful commentary and are often an exhibition of arrogance and language command rather than an objective account of a dining experience.

According to Pankil Shah, one of three partners who run Woodside Inn, Woodside and The Pantry in Mumbai, food writing and reviewing is picking up, but much of it is childish. “Either it is too salty, too al dente, or too scrumptious—that is what critiquing here appears to be,” he says. “Reviews and media mentions help restaurants gain publicity. But I don’t think chefs take them seriously.” Invariably, he says, a review gets the names of the dishes wrong or confuses its ingredients. “The reviews of The Pantry were mostly positive. But they disapproved of the fact that The Pantry does not serve pasta and that its portions aren’t large enough, like other restaurants. But that’s exactly the point. It’s a café, not a restaurant.”

Even though they might disagree with a reviewer’s point of view, most chefs and restaurateurs usually put the episode behind them and move on. Occasionally, however, a few of them are given to an indignant retort.

Quite surprisingly, Shek, or at least an individual claiming to be Shek, commented on the review. He wrote: ‘…if the other Carter Road outlets that serve Mexican shawarma and Chinese shawarma are more to your taste buds and liking and even termed ‘excellent’ by you, it only goes to say how seasoned your taste buds are to the trash dished out in the city as opposed to someone who’s putting out clean, authentic and tasty fare in an open kitchen where we take the effort to bake our breads on site and not wrap a stodgy pita around the filling. [I] think you and [your] crew need some serious orientation on food.’

In fact, Shek is known to be quite open about his views on food writing. In December last year, he complained on Facebook about how food contests in the city are fixed and how the media is ‘illiterate’ and ‘unprofessional’ when it comes to the subject of food. Shek had participated in a chef contest organised by UpperCrust magazine and had lost. His complaint, however, was about the selection of judges.

One of the judges, chef Farrokh Khambata of Joss, had lost to Shek in a similar competition two years ago and was, according to Shek, upset about it. When he brought this up with the editor of the magazine, Farzana Contractor, she shrugged her shoulders.

‘I’ve got to write about this, as I feel it’s one of the ways of getting it off my chest and at the same time letting the world know how it feels to be an experienced, educated chef in this city, which is dependent on media that is not only illiterate but unprofessional too…’ Towards the end, he added, ‘The flowery articles on restaurants in [Bombay Times]…all one has to do is call Medianet and bang, you’re the best restaurant in the city!’ Despite attempts to reach him, Shek did not speak with Open for this article.

As Sanchez points out, the level of seriousness about the subject is easily discernible from the fact that many reviews are accompanied with mug shots of reviewers, even when they conduct these reviews anonymously, and the fact that they freely mention their profession on social networking sites.

Recently, a popular event and food-oriented website reviewed a new eatery, The Sassy Spoon, in Mumbai. It found, among other things, the couscous ‘too shrill’. But the peanut tart reportedly made them ‘smile out loud’. When a commenter asked if the couscous had a voice and how the writer performs the task of smiling out loud, another commenter, perhaps the writer of the piece, defended the review. He or she wrote, ‘If all writing was as literal as you’re indicating you’d like it to be, no one would read.’