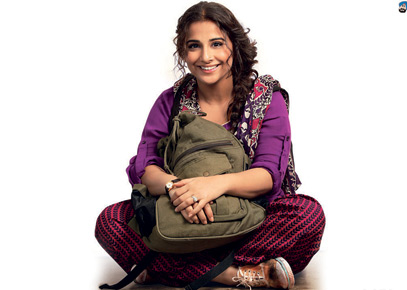 It’s hard enough to suffer one actor in most Hindi movies but when you have three of them in triple roles, it might just be excruciating.

Humshakals, which releases on 20 June, has Saif Ali Khan, Riteish Deshmukh and Ram Kapoor, all in triple roles. This might look like an inventive use of exaggeration but anyone expecting an Angoor, that superlative take on The Comedy of Errors by Gulzar, will in all probability be disappointed. Because filmmaker Sajid Khan’s style of filmmaking is slapstick dumbed down to silly. For some reason, however, going by his track record at the box office, the audiences don’t really mind.

Vidya Balan carved a big, unusual space for herself in Bollywood with Dirty Picture and then Kahaani. Her next movie Ghanchakkar bombed badly. It will be interesting to see what will happen when Bobby Jasoos gets released early next month. She plays a detective donning a bunch of disguises, none of which look very convincing in the promos. If the movie does well, then it will be a validation for heroine-oriented movies, a trend much evident in recent times in the work of Balan and Kanagana Ranaut. If it flops, it will mean that Bollywood’s male DNA remains unchanged except for minor aberrations.

Pizza, releasing next month, is a Hindi remake of the hit Tamil movie of the same name. It was part of the new wave of low budget auteur cinema coming from the Tamil film industry and what gratified many, including critics, was how well it did commercially with an audience that traditionally grooves to Rajinikanth’s flying kicks. Pizza is a horror movie with a twist, shot in a dark, realistic tone. Will it get mangled by the time Bollywood’s producers get done with it? They have made it 3D which is somewhat jarring for a noir film. The rights for the movie are said to have been bought for the same amount as the budget for the original film. But just as money can’t buy you happiness, neither can it ensure a good remake.

Things haven’t been going well for Salman Khan lately, given that his court cases are catching up with him. And there is the fact that Jai Ho, his last movie had a rather tepid response from the audience. After a long uninterrupted spell of success, this was the first chink in his superstardom. There is much riding on Kick, which hits the screens late July. It will be a vintage, big budget Salman action movie loaded with one liners and without too many surprises. Will the same old formula with the same old superstar be enough for the same old audience? Everyone will wait and see.