The Scientologists of India 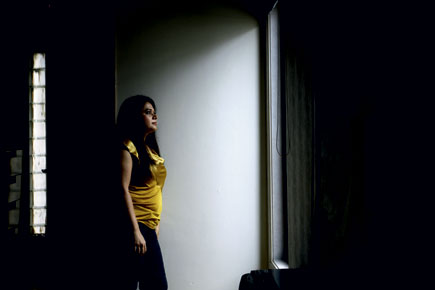 
For almost seven years, Priya Kumar, a successful motivational speaker based in Mumbai, suffered an unusual torment. Every time a vehicle’s headlights flashed on her while she was driving home, she found she could not continue the journey. Even if she longed to go home, she’d drive somewhere else. She would be able to return home only after some time had lapsed.

Kumar eventually traced the cause of her condition to an incident in her life nine years ago. Once, she recalled, somewhat hazily at first, when she was hospitalised for a snake bite, a doctor tending to her had spoken with someone on the phone. While she lay semi-conscious on a bed under the glare of a strong light, she heard him say, “I can’t go home.” According to her, these words somehow seeped into her consciousness and stayed there, making her think, whenever she felt a harsh light on herself, that it was she who could not ‘go home’. She was cured, she says, the moment she recalled the incident.

Even more striking perhaps is the manner in which Kumar made the recollection. She recalled the hospital episode during an ‘auditing session’, clutching a pair of cylindrical cans that served her tiny shots of low-voltage electricity as she answered the queries of an ‘auditor’. An audit session, according to her, is much like counselling. It helps individuals rid themselves of what inhibits their natural abilities. And the electronic device, an ‘e-meter’ that’s essential to such a session, measures changes in the human body’s electrical resistance.

Kumar is a follower of one of the 21st century’s most controversial religions, one that is often dismissed by critics as a dangerous cult. She is a Scientologist. And an ‘auditing session’ is a procedure popularly used by Scientologists as a form of spiritual counselling. While most scientists junk it as pseudoscience, Scientologists claim that among other things, it helps individuals recall past events that continue to cause stress.

Kumar isn’t alone. After having established itself in many countries, Scientology is gradually making inroads in India. Its New Delhi mission was established in 2002, with other missions having come up in Kolkata and Chandigarh since.

There is no way of confirming the exact number of Indian Scientologists, but an estimated 6,000-7,000 individuals have taken various Scientology courses offered by the Delhi mission. According to Kumar, there are around 25 committed Scientologists in Mumbai. By year-end, this figure is likely to rise dramatically, when Kumar, with the help of other Scientologists, establishes the faith’s Mumbai chapter.

Unlike on other shores, Scientology has been gaining adherents in India rather quietly. Perhaps this explains why the Delhi mission’s founders refused to answer any queries for this article, despite Open’s persistence.

Here in India, its religious aspect is kept muted—its set-up is termed a ‘mission’, not ‘church’, and no conversions are held—and is promoted as an organisation that offers various self-help courses to make one excel in assorted aspects of life, be it by way of one’s state of mind or success in business.

In recent years, India has had several Scientology volunteers arrive from overseas on goodwill tours. There was one tour after the 2004 Tsunami, for example, to help with relief work, and after that another in Mumbai following the 26/11 terror attacks.

According to the website of Narconon International, a substance abuse rehab programme that has close links with the Church of Scientology (so much so that it is often seen as a front of the faith), a local Narconon will soon be established in Delhi. Members of the organisation have been visiting India these past few years to hold conferences on drug abuse. Many scientists, however, are sceptical of the efficacy of Narconon’s approach to drug rehabilitation, based as it is on the teachings of Scientology’s founder.

Scientology was introduced to the world as a religion in 1952 by L Ron Hubbard, a former science fiction writer. It is based on a self-help system of ‘Dianetics’ that he had espoused earlier. According to the religion, ‘thetans’ or souls reincarnate, and have lived on other planets before arriving on Earth. Thetans created the material universe, but forgot their powers and got trapped in physical bodies. The faith aims to ‘rehabilitate’ each person’s thetan to restore its original capabilities.

Many have accused Hubbard of being a charlatan and the faith of being nothing more than a money-making racket. Among its many controversies, the faith is reported to follow a ‘disconnection’ policy, where members are expected to cut off ties with friends and family members who oppose Scientology. It has also been one of the most litigious religious movements in history, filing countless lawsuits against governments, organisations and individuals.

Its followers in India, however, claim that Scientology has been misunderstood, and that it gives people tools to lead a happier and more successful life. Namrita Khurmi, a 39-year-old interior designer, came across the faith three years ago, at a time she was going through much agony. She was swamped with work, while her mother was suffering from cancer (of plasma cells).

“Had it not been for Scientology,” she says, “I don’t know in what condition I would be today.” She was introduced to the faith by a client, and says it changed her life. “My mother spent her last 18 days in hospital. I saw her lose her life day by day,” she recounts, “But I sat beside her, and explained what was happening. Scientology made me re-examine life, what it means and what its purpose is.”

So profound was its impact that Khurmi decided to pursue Scientology with utmost dedication. She claims to be one of only two Indians, the other being a resident of Chandigarh, who have achieved a state of ‘Clear’. At this level, a practitioner is able to free him or herself from the influence of all ‘engrams’, a term for unwanted emotions and painful traumas. She has also introduced Scientology to her two daughters, who use the ‘study technologies’ formulated by Hubbard, and is now trying to goad her husband to give the faith a look in.

If Kumar is taking the faith to India’s commercial capital, and Narconon establishing a local branch, Khurmi plans to get permission to launch Applied Scholastics in the country a few months from now. Applied Scholastics, one of the many corporations affiliated with Scientology, uses Hubbard’s ‘study technologies’ to develop a set of educational programmes.

Followers of Scientology have to pay fees for various courses, which has led to charges that the religion is extortionist. Indian Scientologists, though, claim that this is an insignificant sum in relation to the benefits that accrue. Khurmi has spent at least Rs 5 lakh over the past three years and Kumar a few lakh as well. To pursue courses beyond a certain level of advancement, one needs to travel to countries where its church is better established. Khurmi went to Sydney to reach her stage of Clear, while Kumar has been a regular at the Church of Scientology in London.

Kumar, who lives in an upscale locality of Andheri, first heard of Scientology in 2005. As a motivational speaker earning around Rs 12 lakh every year, she happened to participate in a workshop in Dubai, whose conductor, Tim Sales, was a Scientologist. “He was talking about how he became a millionaire,” she says, “He was so sorted and impressive that I approached him personally during the workshop. He then let me in on what he claimed was his secret. He was a Scientologist.” On learning of the existence of a Delhi mission, she enrolled herself, and claims to have gained immensely from it since. “Using its principles, I have managed to turn around my business. I have also started writing spiritual books, and am overall more positive in outlook,” she says, directing attention to a number of Scientology books on her bookshelf.

Kumar has introduced others to the faith. She has convinced her mother and publisher to pursue Scientology’s various courses, and is also sponsoring the courses of three of her employees at Priya Kumar Training Services. One of them, a young 24-year-old girl named Priyanka Malde, who handles corporate relations and communications for the firm, says she grew curious about Scientology after learning how well it had worked for her boss. “It’s been about a year-and-a-half since I started. I know it might sound odd—self-help and a 24-year-old,” she says, “but life isn’t easy these days. With the courses, I am more at peace, more analytical and more communicative in my approach to life and work.”

Malde also contends that there is nothing too unusual about some of the odd practices Scientology has come to be associated with, like how practitioners are made to talk to inanimate objects—in the case of Tom Cruise, reports have detailed how he’d  spend hours trying to communicate with ashtrays. “Didn’t many of us revise our lessons by imagining the wall as a person and relaying answers to it?” she asks. Speaking with inanimate objects in front of a person is a requirement of courses in communication, she adds. Why, she herself has communicated with such things as desks, pens and paper.

What bothers other critics of Scientology is its opposition to psychiatry, which was proclaimed an evil enterprise by Hubbard. He would refer to shrinks as “terrorists”. Almost all followers of Scientology who Open spoke to claim that psychiatry is a “pseudoscience” and antidepressants are worthless because there is “no such thing as a chemical imbalance”. Bunty Grewal, a model-turned-actor who has pursued Scientology for six years, blames ‘engrams’ squarely for the depression or psychosis of any individual. “The answer doesn’t lie in antidepressants,” he says, “It lies in Scientology.”