Who are the new Stieg Larssons? This season’s crime novels are bigger, badder and sometimes better 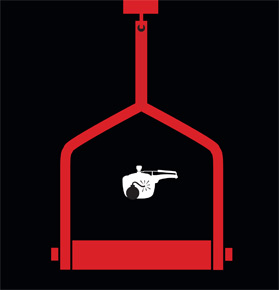 Who are the new Stieg Larssons? This season’s crime novels are bigger, badder and sometimes better

Quicklime melting virulent human flesh in the Hindu Kush and a missing body that turns up much too late; missing waifs implicated in gory, small-town schemes and mysterious women spinning mischief in fast, hip cities; blood, brawn and Berettas. The new thrillers are as wonderfully contagious as the evil and smallpox unleashed on the world of their books. But are they as substantial as their predecessors?

Summer’s big blockbuster, Norwegian thriller king Jo Nesbo’s The Son (Random House, 416 pp) is every bit as grisly as The Snowman, his first hit, and his many subsequent bestsellers. Oslo in disarray, moles and counter-agents, a prisoner who confesses to crimes he didn’t commit and that first more-awful-than-anything- before-this crime scene featuring a dead girl with a missing cheek ripped out by dogs. It’s all there. Sonny Lofthus, the prisoner protagonist, is compelling, as is Simon Kefas, the ‘good’ cop who knew Sonny’s father before he allegedly committed suicide, claiming to be the rumoured mole in the police force. Discovering his father’s murder, Sonny turns avenging angel and starts to piously exact revenge on the nest of villains he has taken the fall for, redeeming himself through anonymous kindnesses as he quits heroin and hunts down the real mole. The action turns on this quest, as it does on every person’s particular addiction: ‘The high. The free fall. The embrace. Could it really be that simple, that all this time it had only been one needle prick away?’ one decaying character asks, sending himself to a merciful death by heroin. He could be speaking for any of them.

Local voices—of homeless philosophers, reluctant thugs and kindhearted women—all add to the chorus, showing us an Oslo that both leaves work at 4 on the dot and pays for the drug habits of institutionalised junkies. For, the emphasis is on contradictions. Both Simon and Sonny are appealing bad boys we empathise with, just as we did with detective Harry Hole, Nesbo’s popular and beleaguered hero. After all, underdogs are sexy, in the scheme of the thriller.

The action gets clumsy at times, as the pieces assemble, as does the translation. Yet, the book charms with its ironic tone: ‘Yes, I killed her. Yes, I’ll read up on how I did it.’ And a final, surprise twist may genuinely get even the most seasoned thrill chaser. Above all, there’s the pleasant chill of Scandinavian crime, almost within reach despite the heat, inspiring a huge readership and legions of new writers; Danish 50-something siblings Lotte and Søren Hammer have written five creepy books together.

Nesbø, a studly rockstar/ former football player/ author of children’s books with over 25 million sales to his credit, might be seen as the late Stieg Larsson’s successor. The riveting effect of perverse criminality against the pristine, affluent backdrop of Scandinavia unites the two, certainly. But Larsson, an earnest, crusading journalist—whose kickass ninja of a heroine, Lisbeth Salander, has won the hearts of 75 million and counting in The Girl with the Dragon Tattoo series since 2008—couldn’t be more different. His message and activism give his books a heft and appeal that Nesbø can’t seem to rival, as moving as the drama in The Son is.

Romance is the odd bedfellow of crime novels and this is seen best in The Truth about the Harry Quebert Affair (Quercus Books, 656 pp), the translated-from- French debut of a Swiss writer of 29 which won over the French (and the Prix Goncourt des Lycéens) but has some of its English-speaking audience stumped. The book has sold 2 million copies already, and features cocky Marcus Goldman, whose first book became a bestseller, but is stuck for inspiration— till he reconnects with Harry Quebert, his former teacher. Quebert once wrote a great modern classic and is still teaching comfortably in Somerset, New Hampshire, when the body of 15-year-old Nola Kellergan, his one-time illicit amour, is found in his backyard with his manuscript, 33 years after the fact.

‘My terror of the blank page did not hit me suddenly; it crept over me bit by bit, as if my brain were slowly freezing up,’ Goldman tells us, and in the beginning it seems his paranoid, writerly drama will overcome the traditional thrill of the chase that is the province of murder mysteries. But the drama of Nola and Harry’s ill-fated affair takes over, as does a pervasive nostalgia for what could have been, three decades ago. There are long days by the shore and contemplative nights in the gorgeous stone and pine house— complete with ocean view and deck— that becomes Quebert’s lovely home, Goose Cove: the stuff writer’s-retreat aficionados dream of. Combine this with the mystery surrounding Nola and her family, the local eccentrics and the bovine malice of small-town layabouts, and the book finally takes off. That long-ago events can have such an immediate impact evokes a thrill, transcending the long, grating passages on summer love. But there is no doubt that this book, the work of a young author who got lucky, is contented with smaller stakes.

This summer, thrillers have spiraled upwards into mega versions of the genre, as in Terry Hayes’ I am Pilgrim (Transworld, 896 pp), an almost 900-page book that you’ll want to gobble in a day. Featuring a shadowy intelligence agent, deeply alone on a mission to save the world and with stories to tell, the book is the star of ‘best of’ thriller must-read lists with good reason. The book starts with a horrific murder; a woman has been killed while on a cocktail of drugs, mid-intercourse, and anything that might identify her has been destroyed by acid. That this becomes a minor event will tell you how very large the scope of the book is— the endgame is intercontinental destruction, with the potential victims being America, Saudi Arabia and more. Trying to get to the Saracen who plots biological terrorism, the eponymous hero, Pilgrim, must develop images off mirrors flown to Florence, track down endangered Turkish wind instruments, enlist a large, white cyber genius who dresses in a kimono— and re-enter the life he has managed to flee. For, the ‘banquet of consequences’ a specialist warns the West has reaped, arrives head on.

Hayes, a screenwriter who scripted movies like Mad Max and Cliffhanger, seems to have found his calling in a hit critics describe as ‘a full tilt mix of Homeland, The Wire and The Bourne Ultimatum’. His jumps from Manhattan to Bodrum to Jeddah are as exciting as they are fun, and they are unhindered by the hokey staginess that similarly international or ‘exotic’ books can call upon themselves. Instead, the book is fresh, human and self-possessed enough to pull off even honking lines like: ‘I knew he was lying—he was so full of shit that if I gave him an enema I could have fitted him in a shoebox.’ What a romp!

Often, it’s the dramatic quirks of ordinary people that crime novelists pride themselves on picking up. In Private India (Random House India, 448 pp)— which is veteran American crime-writer James Patterson’s forthcoming Indian collaboration with our home-grown thriller-killer Ashwin Sanghi—the maid’s first question in Marine Bay Plaza when she encounters a dead woman in the loo is: ‘How the hell am I going to clean this up in fourteen minutes?’

Hyperbole flies thick and fast, as is common in this genre. Santosh Wagh is a RAW agent recruited by Jack Morgan, ex-marine and head of the most renowned agency in the world, to head Private India, the city’s finest investigative agency, after Mumbai’s seven deadly train bombs in 2006. Now, a string of murders causes the agency to investigate; the victims have been strangled, and strange objects have been found arranged around their corpses. Battling ganglords and godmen, Wagh must fight the terror that threatens his organisation and thousands of Mumbaikars .

A collective venture like this one will have fans excited July end, but the local flavour isn’t always quite right; ‘The cocktail party on the rooftop of the Oberoi Hotel was what’s known as a “page-three event,” where guests came to strut and pose like peacocks’, we are told. This, we know. What hits home are the punchy in-jokes: ‘Johnnie Walker or Jack Morgan—he’d made his choice.’ Indian crime novelists are now an increasing tribe, and Sanghi, like Swati Kaushal, has found a market that is worth investing time in; readers are keen to find homegrown hybrids.

Many of the old games persist in the thriller fiefdom; Dedalus, a small, alternate publisher produces slight, delightfully quaint crime novels. Among them is Codename Xenophon (Dedalus Books, 256 pp) by schoolteacher Leo Kanaris. A professor of ancient history, who dares to bring up the horrors of ancient Greek history, is the first in a series of murder victims that brings private investigator George Zafiris into conflict, over and over again, with the nation’s failing institutions, against the backdrop of its crisis. The investigator’s methods are old-fashioned, the cheating wives and husbands consistent, and the language classic mild: ‘Tell him to go boil his arse.’ But for all the book’s semblance of outdatedness, the author’s eye is quietly sharp. Of a middle- aged man bedecked with gold, trophy girl and powerboat: ‘The market had crashed two years ago, but luxury—of this strange, 1960s, cigarette advertisement kind—still flourished.’ Dedalus’ God’s Dog, featuring a Dominican monk who is a Vatican secret agent, sounds as delicious.

The coded elegance of Dashiell Hammett’s detectives are an age away; books struggle to keep up with the warp- speed gratification of films. But suspense is that art form writers in this genre must strive to sustain: Donna Tartt in her stupendous The Goldfinch, conjures a much higher crescendo of tension in the non- event that marks much of her long book, than some traditional crime novelists manage. Luckily for us, the special effects seem to manage the rest.