Smart marketing has turned cider into a cool drink for a new generation. Toddy makers could learn a thing or two from this apple beverage’s success 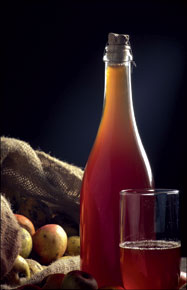 Smart marketing has turned cider into a cool drink for a new generation. Toddy makers could learn a thing or two from this apple beverage’s success

One morning, half the bars vanished from Kerala, most of them catering to the poor. Where would these men go for a drink? For the Kerala government, the decision not to renew the licences of more than 400 bars across the state was an election ploy to woo temperance movements gaining strength in the state in the backdrop of rising alcohol consumption. But drinkers will drink, and the state excise minister has already dropped hints of a hooch tragedy looming large on the horizon.

Many experts believe that one sensible way to wean people away from strong alcoholic drinks is to promote low-alcohol beverages. Toddy, for instance, would have been a perfect option. But sadly, real toddy, the meek, low-alcohol drink, the one that people once knew and chugged down with abandon, is long dead. Today, classic unadulterated toddy is as rare as a flying unicorn. So what must be done to have toddy play the saviour? The answer perhaps lies in the West, where efforts are on to bring back low-alcohol drinks like ale that are both natural and traditional. Benign taxation has encouraged such endeavours.

Consider the apple. Of all the fruits on earth, only a few have been as celebrated as this one. This fruit not only figured in Paleolithic cave art, but some scientists believe it goes a long way back, long enough to watch dinosaurs perish and mammals rear their meek hairy heads. So we may never know exactly when and where it was that a few apples tumbled into a pool of water and rotted, thanks to yeast cells around, turning the fluid punchy enough to entice a famished hunter-gatherer and give him a pleasant kick in the head that would bring him back the following morning with renewed thirst. Thus, one imagines, was cider born.

The Romans who began to conquer Europe under Julius Caesar in 55 BCE found natives in England and other parts of the continent quaffing a curious drink made of tart crab apples. In no time, the newcomers also fell for the drink’s charm. To make it peppier, the Romans introduced new apple varieties from back home along with sophisticated orchard-farming techniques. Later, it was Moors who took up the game: cultivating newer varieties of apples with techniques that gave the cider tradition a lease of fresh life.

Water-cider, alias ciderkin, the drink that people of the Middle ages drank, was a simple proposition: pick wind- picked apples, steep them in water, let the juice ferment naturally, and throw a party. In a period when plain water was seen as unhygienic, people had little choice but to turn to their orchards for safe refreshment. Cider was simple, safe, and in plenty. Everyone drank it, including children across the continent. On the other side of the Channel, Normandy in France had already had premonitions of its destiny as the world’s cider capital. Across the Atlantic, America had picked up the taste and rave from England, and started planting apple trees fervently. The very fruit said to have brought about the expulsion of man from the Garden of Eden was on its way to create heaven on earth with its juice.

If you took a jaunt through the happy orchards of 17th and 18th century villages, you’d soon be besotted with this heady drink—unpasteurised and preservative-free. If cider is made well from a select blend of apple varieties, it may be served as a rich, dark and complex drink with a refreshing taste reminiscent of full-blown fruits. Real cider is merrily pastoral. Its roots twist around blind beliefs—druids, spirits and wassailing. Farmers have long observed rituals like wassailing that date back to pagan times aimed at protecting orchards by warding off evil spirits thought to haunt apple trees.

As the rage for cider rose in the West, people wondered what if the low-alcohol fluid packed a headier kick in every swig. The solution was to distill the cider. And so was apple brandy born. Calvados—from a special region of northern France—was distilled from the cider of designated apples and was an instant hit. In America, colonists who lacked the technical skill to make copper stills to distill their cider looked for natural methods. They found a way out. Soon, barrels of cider were seen left outside homes during winter nights. Come morning, they’d siphon off the unfrozen alcohol to make applejack.

Despite stiff competition from beer and ale, demand for cider and apple brandy continued to increase for quite some time in the 19th century, luring the attention of unscrupulous entrepreneurs to apple orchards. To their jaded eyes, pure unpasteurised cider was not only bland and weak, it also had a much-too-short shelf life. Like toddy. So they started work by spiking the drink with non-fermenting sweeteners and artificial juices instead of perishable apples. Does that now sound more and more like the tragic story of India’s own toddy? Steadily, real cider lost its magic even among its most ardent fans the world over.

Towards the end of the 19th century, America’s temperance movement knew what would be the first victim it would goad towards the guillotine. With dubious ingredients, ‘hard cider’, as cider is still known in the US, had come a long way from the mild neighbourhood drink of medieval times. Farmers, converted by zealous teetotalers, feverishly chopped down their trees to check the flow of the abominable drink. For the next hundred years, cider, one of the oldest alcoholic beverages in the world, lived a sordid life—brewed in seedy places, laced with artificial sugars and methanol, sold in smoggy recesses—far away from the world of haute merriment.

It was after many had left cider for dead that revival efforts in various corners of England and France began, first in meek trickles in small cideries, and then with bolder moves that turned into a wider movement aimed at reclaiming the past glory of this bucolic drink. Enterprising farmers piggybacked on new food trends and back-to-nature youth romance to pave the path for cider’s return. The immediate task, they knew, was to give a radical makeover to cider’s poor image as ‘tramp juice’. It had to be rebranded, remodelled and made respectable. In its second coming, it shed its aspiration to give drinkers a hard kick, and began to stick to the basics—that is, to the retention of its apple flavour. With a few ice cubes clinking down in the glass —a cool new experience for cider—the drink was prepared to appeal especially to the young and young-at-heart.

Today, cider is England’s fastest growing drink, closing in on the sales of beer. Brands such as Magners, the famous Irish Cider that has just entered the Indian market, focus on retaining the rustic quality of the apple drink. Meanwhile, old orchard traditions like wassailing have been revived in fun settings to woo the youth. The US, too, has taken on this trend from Europe. Big brewers like MillerCoors, Anheuser- Busch and Boston Beer Company have jumped into the fray to take home big chunks of the liquid apple pie. Having made a dramatic comeback in the West, cider is now conquering newer terrains, continents and countries, including India. All it took for its success was an image makeover and hard work on quality-improvement, made possible by the concerted efforts of farmers, brewers, cider aficionados, nature lovers, and governments (which supported the efforts with tax concessions and promotional programmes). Does that ring an idea in Kerala?

If we lay the script of cider over that of toddy, you may find several plot twists that may snugly fit right in. Like fermented apple juice, unadulterated toddy is both meek and appealing. In a way, it’s cider in sleep, waiting to be awakened to a renaissance. Sadly, unadulterated toddy is hard to come by. Yet, it deserves a revival. Who knows what toddy, with all its songs and rituals of local lore, could become with some savvy marketing? The meek, after all, is the new strong.