Gourmets around the country are slowly waking up to the culinary charms of Karnataka’s two most prominent cuisines—Bunt and Coorgi. 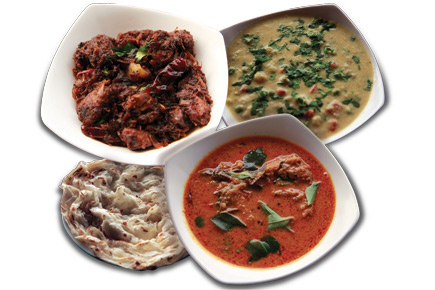 Indian foodies are waking up to the culinary charms of Karnataka’s two most prominent cuisines—Bunt and Coorgi.


Indian foodies are waking up to the culinary charms of Karnataka’s two most prominent cuisines—Bunt and Coorgi.

The culinary map of Karnataka reads like a dream. With rich vegetarian fare in the north, fragrant seafood dishes along the coast and spicy meaty fare down south, the state offers a range of delicacies for all palates. However, not many people are aware of this rich culinary diversity. Of India’s four southern states, Karnataka’s gastronomic marvels are the least known. While Tamil Nadu is famous for its distinct Chettinad cuisine, Kerala for its rich Moplah fare and Andhra Pradesh for its royal Hyderabadi repast, the delectable dishes of Karnataka have been languishing on the sidelines for several years now. Apart from Udupi’s trademark masala dosa and the customary lemon rice, not many people are even aware of the state’s two distinctive cuisines, Bunt and Coorgi, indigenous to these warrior communities. All that is set for a change as more and more restaurants are inviting local chefs from the two communities to present these hidden gems to foodies. With hotels like The Park in New Delhi organising Bunt food festivals on a regular basis and eateries devoted to Coorgi cuisine opening up by the dozen in Bangalore, the twin cuisines are all set to become the next big thing on the Indian food map.

The two regional fares are often considered twins as they mirror each other in the liberal use of coconut and rice; and yet their cooking methods couldn’t be more distinct. Being a coastal community, Bunts make wide use of all forms of seafood ranging from crab, mussels and even seaweed. Imaginative combinations of rice and fish dominate the cuisine of this Tulu speaking community, concentrated in the Udupi and Mangalore districts of southwest Karnataka. Just adjacent to these districts lies Coorg, the land of coffee and cardamom plantations. Unlike their fish eating neighbours, Coorgis are avid meat eaters, with lamb, pork and chicken forming a huge part of the meal.

Their warrior lineage has left a distinctive mark on their food. If one peeks into the pages of history, Bunts trace their descent from the Nagavanshi order of Kshatriyas. Their moment of glory as warriors arrived during the rule of the Vijaynagara Emperors of the Tuluvu dynasty. Even today, this fiery legacy lives on in their spirited nature, muscular stature and simple yet delectable cuisine. Each dish is robust in taste, rich in proteins and doesn’t involve too many ingredients or complicated cooking processes.

Just like Bunts, Coorgis too identify themselves with the Kshatriya clan. In fact, this hilly coffee haven has given the nation many a military leader, right from Field Marshal KM Cariappa to General KS Thimayya. Coorgis’ love for meat goes back to the times when they used to hunt wild boar and other game in the dense forests.

Both communities like their food tangy and hot, but their spice mix marks one cuisine distinct from the other. While Bunt cuisine makes use of coconut, red chillies, mustard and curry leaves in varying proportions, Coorgi fare relies heavily on aromatic green masala, which is made in huge quantities in every traditional household for repeat use. “Bunts make use of kokum to give a tangy flavour to their food, but Coorgis infuse piquancy in their dishes by using a black fruit vinegar,” says master chef CB Shankaran of Sheraton’s south Indian restaurant, Dakshin. It is this play of spices and ingredients that makes these two cuisines similar and yet individualistic in various ways.

Whether it is the cooking techniques or recipes, Bunts haven’t deviated from their age-old culinary traditions. Every well-honed chef avoids the use of spice powders available in the market; but for Bunt women, it is nothing short of sacrilege. Their cooking process starts very early on from the roasting and grinding of spices. No form of seafood is wasted. The bangude masala fry or banana wrapped grilled mackerel and the yeti ghee roast or prawns prepared with cashewnut and ghee are just some of the highlights of this seafood repast.

“Coconut is an extremely vital part of the cuisine, whether grated or as milk. One usually starts a meal with a drink called bonda, which is fresh coconut water churned with the tender pulp,” says Dr Sapna S, a Bangalore based medico who has been doing intensive research on countryside cuisine. Though an average meal in a Bunt household includes numerous courses, the meal remains delightfully light and simple.

Lunch would include pathrode (double cooked pinwheel of arbi leaves), a spicy fish fry, mansade keema fry (pan tossed mutton dumplings with coriander and mint masala), flaky kori roti made of rice and generally served with a fragrant chicken curry called kori gassi. Dinner, however, is a shorter meal, with lots of papads and appalams served with the food. “For dinner, we have something very interesting called the sawunder thethi or spoon fried omelette. The egg is cooked in a spoon and has a nice fluffy, smoky feel to it,” explains Sapna of the concept.

Modern kitchen gadgets and appliances don’t bedazzle Bunt women. Many still prefer to use wood fire and traditional cooking utensils. “The food is usually roasted or baked. Bunts believe in slow cooking and they simply abhor the use of a pressure cooker,” says Chef Bakshish Dean of The Park Hotel, New Delhi.

If you are visiting a traditional Bunt household, you might just get lucky and get to sample the fiery porcupine curry. Considered a special delicacy, the dish is prepared by removing the thorns from the porcupine and cutting it into medium sized pieces. “We then soak it in salt and turmeric and cook it. It is a very soft meat and is cooked with a lot of spices,” says Sapna.

Like Bunts, Coorgis too love their rice. They simply can’t do without their fragrant Sannakki rice, which grows in abundance in the valleys of Coorg. “We make something called akki ooti or rotis made of rice flour. These can be eaten with curries or chutneys made of coconut or sesame,” says Muthu Bopanna, who runs the popular homestay Gowri Niwas in Coorg, along with her husband. Known widely for her culinary skills, guests come from far and wide to sample her pandi curry.

Here too, Coorgis are in sync with Bunts in their love for puttu. There are more than ten varieties of puttu that are made using a variety of herbs and are eaten in combination with spicy meat dishes. There is the kadadambuttu made from rawa and rice and steamed like idlis, then there is the papputu made from milk and shredded coconut and the nulluputtu that is pressed into string hoppers using a mould.

However, nothing delights Coorgis more than having a pork dish in their meal. “The pandi curry or pork curry is one of the highlights of their meal. It makes for a good breakfast dish as well,” explains Satish Warrier, owner of Gunpowder, a restaurant located in Delhi’s upmarket Hauz Khas Village and known for its finger licking pork curry. And the locals don’t believe in eating their meat lean and mean. The sizzling sound of rich wholesome fat dripping from the meat onto the pan is music to their ears.

With Coorg being the land of coffee, cardamom, cinnamon, orange and pepper, it is no wonder then that fragrant spices are widely used in cooking. “Our food is not high on the chilli quotient but on the masala quotient,” says Muthu. While Coorgi food is a feast for meat lovers, there is something for the veggies as well. Mangoes, jackfruit, horse gram, yams and bananas are used to make delicious curries and chutneys.

“Most vegetarian dishes are very seasonal. Take the baimbale curry made from tender bamboo shoot which is made just after the rains. Then there is the koomu curry made from wild mushrooms that is made during the monsoons,” she adds.

Festivals hold a very special place in Coorgi households. No ceremony is considered complete until meat and liquor are served. “We are essentially ancestor worshippers, so for any festival we cook whatever the ancestor liked,” says Muthu. Known for their hospitality, Coorgis ensure that no one leaves the table dissatisfied.

Whatever their similarities or distinctions, these rich cuisines stir the imagination with their exotic ingredients and unique lineage. Each meal has something exceptional to offer; each bite carries with it the sweetness of the hills, the tanginess of the coast and the rustic charm of the two communities. These twin cuisines need to be sampled to be believed.