What does it take to start a revolution, then turn your back on it? What does it mean to believe, then to disbelieve? Former Naxalites on why they left the red path. 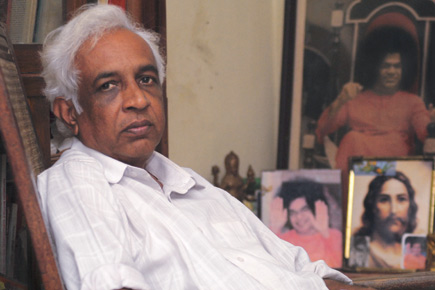 Former Naxalites on why they left the red path.


Philip M Prasad was 24 when he planned and led one of the most notorious Naxal uprisings in Kerala in November 1968. He and about 50 others attacked the Madras Special Police camp in the north Kerala village of Pulpally and executed two policemen. The action was meant to force the state government into giving land rights to thousands of poor tenants in the region. After a statewide manhunt in which several of his men were caught either dead or alive, Prasad surrendered. He was tried and sentenced to five years of rigorous imprisonment. Looking back, the man who was once one of Kerala’s most wanted men says, “It was an act of total stupidity.”

In 1967, when Charu Majumdar’s Naxalbari revolt rocked West Bengal, young Malayalees were among the first to sympathise with them. They were people like Prasad, from the educated ‘bourgeois’ middle-class, who believed strongly that oppressors had to be ‘eradicated’. Kerala’s young firebrands imitated the Naxalbari attacks in agrarian corners like Pulpally, a hamlet in the northern tribal-heavy district of Wayanad. But despite several high-profile attacks, the Naxal movement died out by the late 1970s. Its rebellions were badly organised and land reforms in the state blunted the edge of the fight. Thirty years on, prison terms and perspective have transformed these comrades, elicited a change of heart. So while Naxalism fights on in India’s Red Corridor, one of its oldest bastions has abandoned the old principles. Former revolutionaries have become practical. Even spiritual.

FOR THE LOVE OF BABA

More than four decades since his involvement in the Pulpally incident, 65-year-old Prasad has a different identity. At Sivapriya, his tiny house in Neyyattinkara, about 22 km from Thiruvananthapuram, nothing links his present with his revolutionary past. Old pictures of Mao have been replaced by a syncretic collection of prints of Sathya Sai Baba, Jesus Christ, Shiva and Ganpati. Looking around his serene front garden of well-nurtured vegetables and rare plants, it is difficult to place Prasad among the 23 revolutionaries who in November 1968 met in Kolkata with Majumdar to float India’s first Naxalite outfit, CPI (ML). This was also the man who protested the Vietnam War by burning a vehicle belonging to the US embassy, which eventually closed its American Cultural Centre and its popular free-for-all library in Thiruvananthapuram. “I’m still an anti-imperialist. But that act was counterproductive and devoid of any valour. Imperialism lost nothing, but readers [lost] a lot,” says Prasad.

It was in jail that Prasad converted into a peacenik. “It was not cowardice but clear transformation. Not only from Mao to Baba but also from guns and knives to the culture of cultivating vegetables,’’ he says. After his release, Prasad’s political career was peppered with contradictions and confusion. He first tried to float a broad non-Marxist Left movement, then joined the Bahujan Samaj Party for a while, before landing in the Shiv Sena. He finally left party politics to become a full-time proponent of Sai Baba. The former Marxist’s most precious possession now is a ring ‘created’ by Sai Baba with ‘his powers’. Prasad is a passionate preacher of Sai Baba’s philosophy and has authored several books on the godman in English and Malayalam. When he’s not spreading the word, the former brigand practises law.

FOR THE LOVE OF CHRIST

With a lyrical first name like Vellathooval or ‘white feather’, reformation had to come to former Naxalite Vellathooval Stephen. Today, the 61-year-old’s tailoring shop in the heart of Chelachuvadu, a village in the high ranges of Idukki district, is a witness to the almost Biblical transformation that happened to this man, once an expert ‘country bomb’ maker. The tiny space is filled with plaques that quote the Bible, pictures of Jesus Christ, and a dog-eared open Bible that is always available for easy reference. “Following Jesus liberated me from all rigidities,’’ he says.

Stephen was just 19 when he took part in the first Naxal assault in the history of Kerala. According to the plan that November 1968, one group of Naxals led by Kunnikkal Narayanan would attack a police station in Thalassery, a city on the north Malabar Coast, while Prasad’s group would launch a similar coordinated offensive in Pulpally. But the Thalassery attack was poorly orchestrated and turned out to be a damp squib for the rebels. Following the offensive, Stephen evaded arrest and over the next two years became part of several far more successful Naxal groups that killed several rich landlords in the region, one in Stephen’s own village. His run ended in 1971. A country bomb he was manufacturing accidentally detonated causing severe burn injuries and eventually led to his surrender. He was jailed for 11 years. “Today, my opposition is not against any movement but the use of murderous weapons. The culture of murder must end. In that process, only Jesus can lead the world,’’ says Stephen, who travels around the world advocating Christ’s values. But Stephen still has socio-political concerns. “CPM is now full of neo-liberals and anti-Marxists and the party is shifting its focus from the poor and landless. The poor farmers in the country need government patronage and protection.”

Assessing the short-lived revolution, Stephen says he and his contemporaries didn’t pay enough attention to educating society about their principles. A mistake he believes the current band of Naxals has repeated. “The Naxalite actions are failing because they only have kindergarten-level knowledge on armed revolution. They are not getting proper education on Marxism and Maoism.”

FOR THE LOVE OF MONEY

Where religion wasn’t a convincing catalyst, economics was. K Venu was a Naxal ideologue who once debated principles with Charu Majumdar himself in Kolkata. In 1970, Venu was on the editorial board of a government publication when he was mistakenly arrested and jailed in connection with various Naxal incidents. The assaults were actually carried out by another group. During the Emergency, Venu’s group attacked a police station in Kozhikode; he was caught again and incarcerated for five years. Jail time led his comrades to God but it only convinced Venu that “a Maoist-model revolution would not succeed in a parliamentary democracy”.

Till the early 1990s he led a peaceable Naxal splinter group that did nothing more than talk tough; he finally disbanded it just about when the Indian economy was liberalised. (In 1996, he contested the Assembly election on a Congress-led United Democratic Front ticket.) Since then this former revolutionary has passionately embraced the principles of free-market economics. “Don’t call me a contractor or real estate promoter. [I’m] just constructing houses and selling them for nominal margins,’’ he says of his new occupation. But in Olarikkara village near Thrissur in north Kerala, architect-cum-engineer Venu has a reputation: good homes at good prices. A multi-faceted man, the 56-year-old zoology major is also the author of Prabanjavum Manushyanum (Universe and Man)—Malayalam literature’s first science fiction novel. His latest literary project is a Darwin encyclopedia to mark the scientist’s 200th birth anniversary.

A staunch supporter of industrialisation, his new-fangled ideas have earned him critics in every quarter, from communists to green groups and NGOs. “It is impossible to infuse democracy into Marxism. Only in capitalism, democrats can find a place. So as a real democrat, I am opposing Stalinism and all of its dogmas,” says Venu.

FOR THE LOVE OF A NEW CAUSE

But not everyone has given up the good fight. They may not carry guns anymore but some comrades have discovered new avenues of protest. Kozhikode resident Gro Vasu and K Ajitha were renowned fighters once. He was a front-of-the-line leader and expert sharpshooter. She was a fearless woman leader in her teens and a Naxal pure-blood: the daughter of legendary revolutionaries Kunnikkal Narayanan and Mandakini.

There are no signs of disillusionment in 70-year-old Vasu’s rented home. In the living room of the two-bedroom apartment that was once the object of fierce police surveillance, Lenin, Stalin and Mao keep each other company in photo frames and through their books on the shelves. After more than 40 years propagating the revolution, Vasu, a Naxal intellectual in the 1960s and 1970s, lives a quiet life with two cats and a dog. A portion of his home is a bookstall that was set up to commemorate the life of Comrade A Varghese, a rebel who died in police custody in the heydays of the Naxal movement.

Like Prasad, Vasu was also part of the attack on Pulpally police station in 1968, but it was Vasu who actually carried out the executions of the two policemen. Released from jail after the Emergency, Vasu became an active trade unionist. In the late 1980s, he held a protest fast to reopen a pulp factory run by the Birlas in Kozhikode. The factory, which was locked out because of labour problems, had more than 3,000 employees. Years later when the same factory was accused of polluting the local environment, Vasu again fasted to close the place down.

“Call me a green Maoist. I too have transformed. No more violent actions but I have no respite from the burning issues of the people.” He doesn’t have much respect for former Naxalites who have abandoned even the vitriol. “I am yet to be attracted by business and devotion,’’ he says. “They all were immature men of wild fancies. They hail from petty bourgeois backgrounds with no direct experience of social realities of that time.” But Vasu’s critics say he’s got a new dangerous cause: terrorism. He’s been condemned for supporting Muslim extremist groups by addressing their rallies and writing for them.

If there was a poster girl for the revolutionary movement, it was K Ajitha. Inspired by her radical parents, the then 16-year-old participated in the Pulpally uprising with Prasad and Vasu. She was arrested after the attack, and after her release in 1977, said goodbye to the movement. Today, the 58-year-old mother-of-one is more concerned about women’s liberation but still proud of her past. “Naxalism may have many shortcomings but it has enriched my life. It provided me ammunition to fight for women,” she says. Anweshi, the organisation she set up, fights for the legal rights of victims of sexual abuse. “Some people say that the movement of the 1960s was a failure. But in my perspective, it made a positive impact. It infused certain value systems in society,” she says.

FOR THE LOVE OF VEGGIES

What ultimately destroyed the Naxal movement in Kerala was the state government’s ‘carrot-and-stick’ strategy—a combination of policy changes that reduced social inequalities and concerted action against fighters. Prasad the old revolutionary has a word of advice for his Naxal descendents: “Marxism is not the sole answer to all social evils. The movement is a battle lost. They must learn from revolutionaries of yore like me who now use knives only to cut vegetables.”