Life in a Sugar Sac

As diabetes during pregnancy imperils more and more babies in Indian wombs, doctors pledge an all-out effort to return life to normalcy 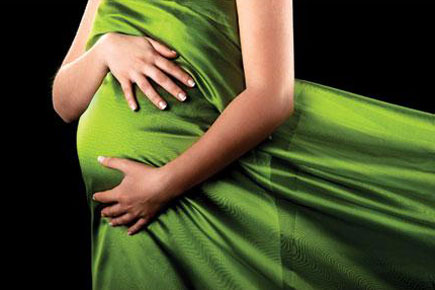 As diabetes during pregnancy imperils more babies in Indian wombs, doctors pledge an effort to return life to normalcy


In a crowded waiting room with lilac walls, nurses in mauve salwaar kameezs are padding about silently in sneakers, every movement watched by pregnant women. Seated outside Apollo Hospital’s Centre for Fetal Medicine in Delhi, with their hands protectively resting on their bellies, mothers-to-be are trying to be calm. But their anxiety is visible in the drumming fingers and swivelling heads at the slightest sound behind the doctor’s door. For, this is the unit that handles high-risk pregnancies.

Every tenth woman waiting here will be diagnosed with gestational diabetes mellitus (GDM), a blood sugar abnormality that is triggered off by pregnancy. Jeopardising the health of a mother and her baby, GDM can cause cardiovascular and neural defects in a foetus. It can also cause macrosomia, an enlarged baby who cannot be delivered normally as it could injure both mother and baby during child birth.

In the ninth month, every doctor and mother’s most morbid fear is of sudden intra-uterine death caused by this abnormal sugar response. With no way of gauging any extra risk of such a loss just before due date, GDM mothers are advised to have a Caesarean delivery by the 38th week, rather than wait two more weeks for the pregnancy’s full term.

Ever since sonography became common as a screening tool during pregnancy, a monitor is where a woman gets her first faint glimpse of her baby, as a scrunched-up being inside her own body. It’s a sight that makes all mums’ hearts skip a beat. Some sonography readings, however, make the doctor’s heart skip a beat: ones that reveal too much fluid in the womb. This is usually a sign of GDM, which needs to be confirmed by a blood sugar test. Dr Anita Kaul, who heads Apollo’s Centre for Fetal Medicine, says, “The onset of gestational diabetes causes sugar to run across from the mother to baby.”

As any pregnancy advances, resistance to insulin—the hormone that turns sugar into energy for the body—is a natural consequence. To balance this effect, there needs to be a compensatory increase in a mother’s ability to process and use blood sugars. But when this doesn’t happen well enough, gestational diabetes develops. This condition could set in as early as 16 weeks, when a baby starts responding to a mother’s blood glucose levels. “I went into shock when my doctor told me I had GDM, because we have no history of diabetes in our family,” says Namita Kalra, a homemaker in her eighth month. Her older child was born big in 2008. “Because of this,” she says, “we did a sugar test in my fourth month, which confirmed GDM.”

India is known as the world’s diabetes capital, and there’s evidence that its burden is being borne by unborn babies. In 2004, India’s first GDM study revealed a prevalence rate of 14 per cent. “This was alarmingly high. Today, it is even higher, at about 17 per cent,” says Dr V Balaji, diabetologist and founder-secretary of Diabetes in Pregnancy Study Group India (Dipsi). This clinical, academic and research group has found that Indian women have a hidden vulnerability that manifests itself after conception: a risk of GDM that’s eleven times that of Caucasian women. Lifestyle changes are not helping either. Gynaecologists-obstetricians observe that women walking into clinics today are also visibly heavier than they once were, another risk factor for GDM.

With these predispositions, preventive health must begin in early pregnancy. But it’s difficult breaking a GDM diagnosis to a woman whose belly and nerves are already stretched. “Gestational diabetes changes a mother’s life,” says Dr Kaul. Suddenly, a mother gets lost in a medical haze, where, apart from her gynae-ob, the most frequent faces she sees belong to endocrinologists, foetal cardiologists, diabetes nurses and nutritionists. “Some women actually rebel against the diagnosis,” says Dr Kaul, “Some even refuse insulin treatment.”

The medical challenge demands all of a mother’s might to bring her sugar down to normal before the delivery. Clamping down on cravings, every meal must conform to a diet chart. Cheesy pasta has to be swapped for wholegrain roti with vegetables. Blood sugar has to be monitored up to six times daily, and readings logged in a medical diary. Walking is no longer for leisure but to burn sugar.

Diet and exercise are usually enough. When Namita’s blood sugar levels refused to return to normal, despite giving up rice and potatoes, and a mango-less summer, she had to inject herself with insulin. “My hands used to shake when I held the syringe,” confesses Namita, who overcame the problem with a little help. “My daughter holds my skin together and says ‘Mummy put the needle in’,’” says Namita with a shaky smile.

“My first pregnancy, I was carefree,” says Ruchi Handa, “this pregnancy, I have to be careful.” This mum from Roorkee developed juvenile diabetes after delivering her first child in 2005. This time, just one slip-up—a forgotten mid-morning fruit—sent Ruchi into diabetic shock in her fourth month. At nine months now and just admitted to Apollo for the delivery, her insulin’s been notched up from 40 to 120 units a day, and she has an insulin pump attached to her body. This Rs 2 lakh device checks her blood sugar and squirts insulin into her system. “It’s an expensive solution,” says Ruchi, “but my baby’s health and mine depend on it.”

“My heart used to thud every week when I had to undergo a foetal cardiogram. I was so worried my baby would be disabled,” says Meenu Singhvi, who never left home without a glucometer so that she could monitor her sugar even in the car. Her dread just ended on 9 September, when Paridhi was born as a normal baby. “I was so thankful, I kissed and hugged her, though I had a bad cold,” says Meenu.

Many mothers and babies miss this GDM treatment.  “Screening in our country is heterogynous,” regrets Dr Kaul. It ranges from screening in the second trimester, scans in the first trimester, to no scans at all—though the World Health Organization suggests screening between 24 and 28 weeks. Dipsi advocates screening earlier still. “We can actually pick up more than 40 per cent of GDM cases at 16 weeks,” says Dr Balaji, “Pick them early, treat early, and we will have better outcomes,” he promises.

“Infants born to mothers with GDM are usually large,” says Dr Satish Saluja, neo-natologist at Delhi’s Sir Ganga Ram Hospital, “We are most concerned about low blood sugar in the newborn, along with high insulin, low calcium, respiratory disorders and high haemoglobin.” He explains that high blood sugar in the mother stimulates the foetal pancreas to secrete more insulin, which is also an intra-uterine growth hormone. There’s also a higher jaundice risk. “Most babies recover within 48 hours from acute complications,” he says.

But risks of future obesity and diabetes loom. “Whenever a mother walks into the clinic with a large, red-looking baby, I fear I might be looking at a future patient,” says Dr Archana Dayal Arya.

The ‘red look’ is usually due to high haemoglobin, explains Dr Arya, consulting paediatric diabetologist at the Centre for Child Health at Delhi’s Sir Ganga Ram Hospital. GDM tends to leave newborns with immature lungs, enlarged pancreas and poor kidney function, which could make for a new generation of patients suffering diabetes.

This doesn’t have to be. Healthy babies are well within reach, given the requisite awareness and effort. Experts at Dipsi’s 5th National Conference in Kolkata this year have already pledged themselves to a diabetes-free generation. The Indian Medical Association, Associated Physicians of India, and Endocrinology Society of India have all joined the chorus of approval.

‘Focus on the Foetus for the Future,’ is their new medical oath. Mothers with hands on their bellies might feel a soft happy thump as babies pump their tiny fists in agreement.