On the Caribbean islands, the immigrant Indian story is laced with shame and bitterness. They are neither Indian enough nor Caribbean enough to be accepted by either community 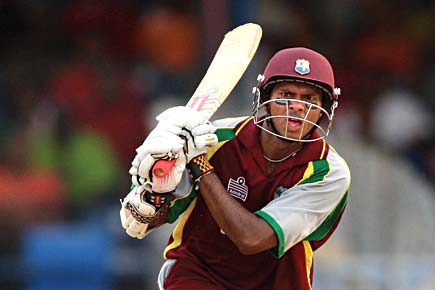 On the Caribbean islands, the immigrant Indian story is laced with shame and bitterness. They are neither Indian enough nor Caribbean enough


What’s common between Alvin Kallicharran, Rohan Kanhai, VS Naipaul and Lady Shakira Caine? If you said West Indians, you are right. They all belong to different countries in the Caribbean. They are also known as Indo-Caribbeans, East Indians, Carib Indians, Indo-Trinidadian, Trinindians and Indo-Guyanese, but seldom as Indians.

Ever wonder what it feels like to be dislocated, displaced and born in exile? It’s nothing like a recent sobriquet for the immigrant Indian—Non Returnable Indian (NRI). The Indo-Caribbean immigration experience is laced with shame, hurt and a loss of identity. “The whole idea of Kala Pani with the social, religious and cultural stigma has trickled down to the community and they feel they have compromised their Hinduness,” says Professor Brinda Mehta of Mills College, Oakland, California. Mehta has done extensive research on the Indo-Caribbean community.

Take Jay Ali, a New York-based Trinidadian. Many think she is Muslim because of her last name. But when you speak to Ali, you get a very complex, confusing and, at times, painful picture of her identity. Her maternal side converted to Christianity (Episcopalian, to be precise), while her widowed paternal grandmother (who was Muslim) got remarried to a Catholic and brought up Ali’s father as a Christian. Ali went to a Muslim school because her father had started his own journey of discovery of his roots. “I went to a school filled with rejects. I did not see myself as an Indian or a Muslim, but as a reject,” says Ali. She also kept a careful distance from other Indian kids. “I would not lime with Indian kids, who were very cliqueish. I would lime with others.” (Lime is a Trinidadian term for hanging out.) And then, Ali also had to deal with the tension that existed between the Indian and African communities in Trinidad.

Complicating the picture further was her mother’s prejudice towards dark-skinned people, including Ali. “Colour was important” to her mother, confesses Ali, and today she has a better understanding of her mother’s attitude. But not when she was growing up in Trinidad, where she was confronted with different layers of prejudice.

West Indies is a string of islands, including Virgin Islands, St Lucia, Guadalupe, Martinique, Tobago and Trinidad, located not too far from Cuba and Puerto Rico. It is to this New World that the British had brought Indians 160 years ago to work on the plantations as cheap labour.

Between the 19th and early 20th century, nearly 500,000 Indians, mostly from what is today Uttar Pradesh and Bihar, were brought in as indentured labourers. “They basically signed their lives away for these indentured ships,” she adds. The group included Muslims and Christians, but mostly Hindus. The term used to describe them was a derogatory one, coolie, which sadly is used even today to display prejudice.

Communicating and forging a common identity for the early settlers was not easy since they were distributed unevenly across different islands colonised by the British, Dutch and French. Consequently, some countries have a higher percentage of Indians compared to others, and in some, they have fared much better than others. Currently, on the islands of Trinidad and Tobago (former British colony), over 42 per cent of the population is of Indian origin, the French-speaking islands of Martinique and Gudalupe have 13 per cent and Jamaica (former British colony), has 2 per cent. Such a broad geographical spread of the community forced them to celebrate their own fixed understanding of India and Indianness, a frozen concept largely derived from a 19th century British India, says Mehta.

To create a sense of rootedness, members of the community have forged innovative ways, largely through music and food, of claiming their identity. “In Jamaica, although numerically small, the Indian immigrant population has had a disproportionate influence, with ‘curry goat’ practically being the national dish,” says Annie Paul, publications editor, University of West Indies in Jamaica. And then there is ‘Chutney Music’ and its derivatives ‘Chutney Soca’ and ‘Chutney Bhangra’. This new music is a blend of the old and new traditions of Indian music. “Chutney Soca is the delightful product of musical mixing between the Bhojpuri singing tradition of the immigrants, Bollywood music and the vibrant Soca music of Creole Trinidad,” says Paul. Chutney music has also helped Indo-Caribbean musicians cross the race barrier and reach out to Afro-Caribbean musicians like Draupatee Ramgoonai.

As if their internal struggle for identity was not enough, a new challenge has been brewing for a few years. This stems from the relocation of Indo-Caribbeans to the US, Canada and the UK, or from Indian professionals arriving for work in the Caribbean. Paul, who grew up in India and moved to Jamaica nearly 20 years ago, describes the new Indian professionals as being “remarkably unfriendly” to the Indo-Caribbean community. “They are downright hostile to descendants of the indentured, making a big point of distinguishing themselves as high-caste professionals who look down on the lowly antecedents of Indo-Caribbean indentured labourers.” It is unsurprising then to discover that these new Indians are not very popular. “They treat Indo-Caribbean culture as debased and vulgar and are generally unpopular even with Afro-Caribbeans, who find them insular and arrogant,” adds Paul. “People like to label you,” echoes Ali, “We do it everyday, this labelling and stereotyping. I hate that.”

While the newer generation may be trying to forge a new identity, there is still plenty of self-doubt. “Yes, we are not treated and accepted as real Indians because we are diluted. Yet, the majority of us have blind faith in India,” says Ali. There has been a steady trickle among Indo-Caribbeans to India in search of their roots. Many have come back sorely disappointed after being rejected by local communities. “We stopped with South Africa and Gandhi. But, what about the brutality of the indentured experience? Why has history remained silent? India should claim this history,” says Mehta. She points out that many Indo-Caribbeans occupy this no-man’s land, neither Indian enough nor Caribbean enough.

“I know I have an ancestry in India,” says Ali. “I have been snubbed by people from India who say ‘You are not a real Indian. You are a pseudo Indian’.” Ali claims to have made peace with her identity, but one remark betrays her inner turmoil: “On the outside you are moving on, but on the inside you are not. That is where our narrow prejudices and thinking lies.”

Kamla Bhatt is the host and producer of the radio show, The Kamla Show