This sanctuary just doesn’t have water enough to keep the birds coming. And Unesco is threatening to strike it off its World Heritage list. 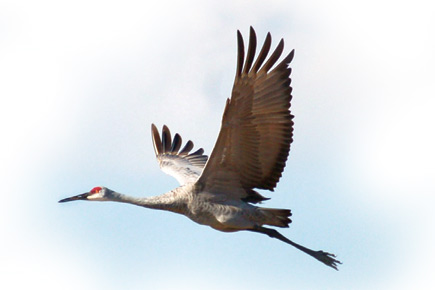 This sanctuary just doesn’t have water enough to keep the birds coming.


“Look… Common crane in flight,” yells an ecstatic Sohanlal atop a watchtower, counting 12 birds, “They’re looking for a place to land…” It’s contagious. The photojournalist can barely contain her excitement, and mumbles something about shooting their shadows over a piddly pool of water once they descend for landing. When they do, it’s rather far away from the puddle of water masquerading as a pond, only to be chased off by a pair of territorial saras cranes. Too bad. This is Bharatpur, and water is scarce.

There are two ways to tell Bharatpur’s story. We could talk about the cranes and bar-headed geese, about the happier days when Sohanlal trained his binoculars on exotic birds every day of his 35-year career with the forest department. But that would be a passive way of doing things. And that’s precisely what you can’t do—you can’t visit the Keoladeo National Park in Bharatpur and be passive. Not when you see cattle grazing on what the map still optimistically describes as wet-land; you can’t be passive when you see nests that hornbills and painted storks have abandoned. You can’t be passive when you see dried out turtle shells arranged in morbid patterns. You just can’t.

As you climb down the watchtower, you’ll see a hurriedly painted brick red marker proclaiming the Keoladeo National Park ‘a World Heritage’ site. Tragically, the sign may soon be a misnomer. Unesco, which had placed the park on the World Heritage in Danger list in 2007, has now vowed to drop it from the list by 1 February 2011 altogether if prescribed water levels in the park are not met.

This was done after the World Heritage Committee’s April 2009 pleas to the Rajasthan government to complete water supply infrastructure projects within the year failed to spur any government action. The water scarcity is so alarming that both monsoon breeding birds and winter migratory birds have stayed away. There isn’t enough water for them. The only birds that still make futile attempts to justify its ‘sanctuary’ tag are a pair of gray herons, a crested serpent eagle, a young purple moorehen, a pair of Brahmini ducks, the territorial saras cranes, some owls and egrets. “Not one… there are many birds that have completely disappeared from Bharatpur this year,” observes Anup KR, director of the Keoladeo National Park. “Painted open-billed stork, ibis, hornbill, pintail, most of the gray goose have all disappeared,” he adds, “This used to be the winter home to more than 18 species of ducks, more than one lakh birds. Only the resident spot-billed duck and three or four Brahmini duck pairs are here this year. The park used to be home to more than 50,000 coots… but even they are missing this year.” Tourists now have to satisfy themselves with spotting crows and kingfishers.

So, what made the birds fly their Bharatpur coop? Once upon a time, the Ghana canal was the park’s lifeline, supplied as it once was by the Ajan Dam built on the River Ghambhiri by Raja SoojarMal in the 18th century. Today, the only part of the canal that still exists is a faded water marker which has run aground. As Anup says, a modern dam built some 100 km from Bharatpur in 2003, further upstream on the Ghambhiri, has stanched the flow of water to Ajan’s reservoir. Rainfall deficits in its catchment area have only worsened life. It was stark dry in 2002, 2004, 2006, 2007 and 2009.

Even 100 million cubic feet of water from the Chiksana canal, which flows nearby, didn’t help. At least five times as much would’ve been needed. Strangely, the state government is unperturbed. A project to build a 17-km underground tunnel to divert water to the park from a storm drain of the Yamuna, part of an earlier Govardhan project, has been dormant for more than a year now, despite ‘in principle’ approval by the Union in 2008 and release of a part payment of Rs 20 crore in December that year. The Rajasthan government insisted on the entire sum, all Rs 56.2 crore of which was sanctioned in January this year. The state government just sat on the money.

Rajasthan’s Assembly polls threw in their own delay. The tender for the drain was eventually notified in September 2009, but only after the new Congress government had comfortably settled into office. The work order was to be given by November 2009, but the government suddenly decided to re-issue the tender (its last date is this Sunday). All said, work is now unlikely to get commissioned before mid-February. Rajendra Agnihotri, assistant engineer at the water works department on the project, doesn’t sound very optimistic himself. “These are high tension motors. We normally give 8-9 months for installing them… the purpose of the drain was to get water to Keoladeo if the monsoons failed again in 2010, but I don’t think that will happen,” he says. Ask Agnihotri about the Unesco deadline, and he admits that while this is a crisis, it is doubtful the water will return to Bharatpur in time to save its World Heritage status.

Sunayan Sharma, former deputy chief wildlife warden for the Keoladeo National Park, who kickstarted the Chiksana canal and Govardhan diversion idea (the Yamuna link), is also dejected by the suffocation of one of India’s favourite bird-watching destinations. “The idea behind the Govardhan drain pipeline project to Keoladeo was that the water would come both from Haryana as well as Uttar Pradesh, rather than making Bharatpur depend on one state,” he says.

Anup, who maintains that Govardhan waters will solve the problem once and for all, can’t seem to fathom the delay: “In the absence of other solutions, we have to resort to digging out water from bore wells, which is essentially dead water because it doesn’t have any feed for the birds.” He warns of something even scarier. Birds are creatures of habit and once their patterns are broken, even if water returns to the park, it’s not necessary the winged bipeds will do likewise.

Thankfully, disaster can still be averted. Compared to 5,000 birds that visited Keoladeo in 2007, the 2008 monsoon had as many as 35,000 flocking in, even though the numbers are expected to nosedive again this year. Hundreds of empty nests now stand where 20,000 birds came to nest.

So far, the lack of winged visitors to the sanctuary has not kept bipeds of the featherless kind away. The park recorded an annual average of 100,000 human tourists even during the drought years. But locals like SR Gupta, who owns a hotel in Bharatpur, are afraid that the withdrawal of the ‘World Heritage’ honour might finally scare tourists away for good and ruin the town’s economy. The Unesco tag is not to be scoffed at.

Perhaps there’s a ray of hope in the fact that the Rajasthan government has already acquired some experience in the fine art of dealing with disgruntled tourists—after having had to conduct a dry Puskhar fair earlier this year.