The BJP has no dearth of leaders, but none who can lead it to another stint in power 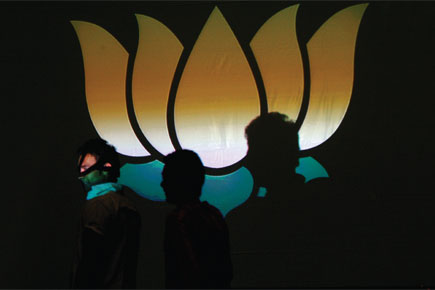 The BJP has no dearth of leaders, but none who can lead it to another stint in power


If you have visited the Bharatiya Janata Party’s national headquarters at 11 Ashoka Road in New Delhi lately, you would’ve noticed some changes underway. For those who haven’t, here is a glimpse: even as hard-hat workers equipped with large-headed hammers are busy knocking down the large hall where BJP leaders held press conferences and meetings, a new one has already replaced it. The pulling down of the old structure is a voluntary exercise. The party is in upgradation mode.

The new auditorium is even larger than the previous one. New, cushioned, cinema hall-style seats have replaced the old bench-style seating. The new dais is larger, but so notably is the portrait of former Prime Minister Atal Bihari Vajpayee. This particular image—of his making a speech with outstretched arms—used to form the backdrop of earlier press conferences too, in the old hall. This time round, however, it is just his face on display, now eight feet high. Seen through the viewfinders of TV news cameras at the far end of the auditorium, BJP leaders speaking on stage appear dwarfed by Vajpayee.

Party President Nitin Gadkari held a conference here last week, and despite his bulk—reduced somewhat by a recent corrective surgery—he looked like a pygmy in comparison with the former PM. The image has this effect on everyone. On 1 October, as Leader of the Opposition in the Rajya Sabha Arun Jaitley sat down at the dais with six others to sum up the party’s two-day national executive meet, Vajpayee’s gigantic face peered over their shoulders.

This, it seems, is a voluntary exercise as well. As the BJP prepares for early polls based on its assessment of the current political scenario, it finds itself unable to fill the void left by Vajpayee’s informal retirement (it has never been announced). The party says it has several people worthy of being prime ministerial candidates, yet continues to shy away from naming any of its “many suitable candidates”. Pluralism has always had a cache in Indian politics, but there will be only one PM whether or not the BJP—or a coalition led by it—wins the next election.

For all its internal woes, willfully ignored, the party is content sounding the war cry, which its leaders zestfully did at the national executive meet, declaring that polls would be held earlier than scheduled. “We can’t say that this government will last till 2014. All leaders are of the opinion that we should stay prepared,” said Jaitley, summing up the party’s two-day meet. “The Government has lost the people’s confidence due to rising prices and earned a bad reputation because of corruption. The Government won’t last long, and as the principal opposition party, it is our duty to be prepared,” said Leader of the Opposition in the Lok Sabha Sushma Swaraj, in her address at the closed-door meet, with senior and mid-rung leaders from all over the country in attendance.

Evidently, both Swaraj and Jaitley are in agreement on that point. And so are former Deputy Prime Minister LK Advani and Gujarat Chief Minister Narendra Modi. As Advani told delegates, “The Government is in a suicidal mood, we do not need to disturb it.” Modi was not there, but he would perhaps have said similar things.

It has taken the BJP quite some time finding its voice after its 2009 electoral defeat. For what seemed like an eternity after that sobering summer, the party’s leaders retained the sort of reticence that Rahul Gandhi does as the Congress’ PM-in-waiting. But the last two sessions of Parliament have seen them turn voluble with a vengeance. With the UPA stumbling about, trying to quell an urban agitation against corruption, and its leaders at each other’s throats, the BJP has rediscovered what it means to be the opposition.

The latest row within the UPA, involving the PM and some of his seniormost cabinet colleagues, has done the BJP an especially good turn. It has given BJP leaders the courage to utter the words “mid-term polls”. Its use at the national executive meet was intended as a collective clanging of weapons before battle. But rousing themselves to believe in the possibility of victory at the hustings is not exactly the same as making that possibility any more realistic. It takes only a moment’s appraisal of the scenario to recognise it as wishful thinking, the sort that Rahul Gandhi succumbs to each time he speaks of the Congress forming a government at the Centre on its own.

All that can be said with certainty is that this is a great time to be in the opposition, as Jaitley recently remarked, looking at the mess the Government is currently in. What he made no mention of was the opposition within (the BJP). Keeping internal rifts hidden takes a certain presence of mind. But it’s hard to hide the fact the BJP meet’s first day was overshadowed by an absence: that of Narendra Modi. Miffed with the Central Command’s failure to rein in LK Advani’s ambitions, Modi simply decided to skip the meet. Party General Secretary and Chief Spokesperson Ravi Shankar Prasad said Modi did not make it because he was fasting for Navratras. “He doesn’t change the seat of his fast when he is fasting for Navratra. That he is angry over something is a creation of the media,” said Prasad.

It wasn’t just Modi who skipped the meeting. Former Chief Ministers BS Yeddyurappa (of Karnataka) and Ramesh Pokhriyal Nishankh (of Uttarakhand) were also sulking somewhere else. Yeddyurappa’s absence was pinned on his wife’s illness, Pokhriyal’s on nothing in particular, but they had both been replaced as CMs by other BJP leaders in recent weeks, everyone knew.

Feeling upstaged is an experience many others in the party share, nowadays, one of the chief causes being Advani’s propensity for chariot rides. This time round, the BJP’s 2009 PM candidate plans a rath yatra to rally forces against corruption and in favour of clean governance. Other BJP leaders who thought the 84-year-old was no longer in race for PM candidacy have reacted with muted approval that does little to cloak their dismay. Hadn’t the Rashtriya Swayamsevak Sangh (RSS), which oversees BJP affairs, signalled the need of a generational shift within the party? To settle the confusion, the RSS summoned Advani to its headquarters in Nagpur. It took a brief meeting with RSS Chief Mohan Bhagwat for Advani to emerge and announce himself as a “humble worker” of the party, one who had already been rewarded with more than prime ministership during his long career. Gadkari and other BJP leaders spent the next few days decoupling Advani’s yatra from any hopes of high office. “This yatra is not for the Prime Minister’s post,” Gadkari finally announced on the eve of the two-day national executive meet.

As if coming to terms with one leader’s long-held ambition has not been troublesome enough for many in the party, there is also another leader on the scene with great expectations. Narendra Modi’s Sadbhavana fast in Ahmedabad last month saw the chorus of ‘Modi as PM’ in 2014 (or much earlier, as the party expects) reach a crescendo at the lower rungs of the BJP. So loud was it that senior leaders could not afford to stay aloof. Speaking at the venue of the fast, Swaraj showered lavish praise on Modi. But she made it a point to laud him for his adept running of Gujarat’s affairs, seen as a putdown on the question of his potential as a national leader. Modi’s fast itself, incidentally, was seen as a way to counter Advani’s proposed yatra. Sources say Modi even told visiting leaders that they should impress upon Advani to drop his plan.

What Advani has done is shift the starting point of his Janchetna Yatra from Gujarat to Sitabdiara in Bihar, with the state’s Chief Minister Nitish Kumar now scheduled to flag it off on 11 October (on the condition that Modi will not be there). This reworked plan has the RSS’s approval, and all BJP leaders are now making the requisite noises in the yatra’s support. As the party resolved in a political resolution adopted on 1 October: ‘Shri LK Advani has decided to undertake a Jan Chetana Yatra around the country to awaken the people… against the cancer of corruption and [to] the quest for good governance. Shri LK Advani, one of the tallest national leaders, epitomises a long career of selfless service to the country whose personal integrity is indeed impeccable. The BJP National Executive calls upon all the party members around the country, as also the people at large, to make this yatra a great success.’

Party leaders deny that there are any misgivings about either Advani or Modi’s plans. As Jaitley says: “There is no problem between Advani and Modi. It is obvious for leaders to say, and rightly so, ‘stay united’.”

Even if the BJP were to actually unite in the quest to wrest power from the UPA, it would still not be easy. The current arithmetic does not add up. “We have to increase the number of allies,” as Jaitley put it, “We have made some progress and we are making more efforts.” Modi as a prospective PM, for example, is only likely to scare more allies away than he can attract.

But then again, settling internal squabbles is the very least a party can do if it wants to achieve power shortly. In that context, perhaps the BJP should be glad about its own uneasy truce, whatever happens within the UPA.