“The Will of the People”

After calling for a ‘poll boycott’ of the recent Assembly election, Sajjad Lone has decided to contest the Lok Sabha polls from J&K’s Baramulla constituency. He tells Rahul Pandita what has changed 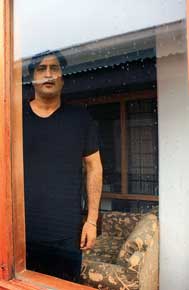 “I have a certain credibility with which I intend to represent a section of people. And I will keep on pursuing my ideology.” –Sajjad Lone

Why this sudden shift towards parliamentary democracy? It’s a shift in strategy, not in ideology. You know I have no backing of either India or Pakistan, and I am not a part of any political conglomerate. I have a certain credibility with which I intend to represent a section of people. And I will keep on pursuing my ideology.

Has the high voter turnout in the recent Kashmir Assembly election influenced your decision? I cannot deny that. I had said after the Assembly election that I respect the will of the people of not boycotting elections. So you could say that the high turnout is partially responsible for my decision to contest the Lok Sabha polls. After all, no one can go against the will of the people. In some way, I will also have to prove that I represent the people in the constituency I have chosen.

Does your decision change your political view vis-à-vis Kashmir versus New Delhi? No, it wouldn’t. The Indian State will have to deliver when it comes to to the aspirations of Kashmiris. My focus hasn’t changed at all.

What is your view of the armed struggle in Kashmir? I was never for it, nor have I opposed it. I don’t have the moral authority to question a young man who decides to pick up a gun. But I will always push for a political solution of the Kashmir problem.

So, what will be ‘MP’ Sajjad Lone’s priorities in Parliament? Parliament is the biggest platform to present realities as they exist in Kashmir. I will use this platform to approach the 100 crore people of India. No matter what, I will not become New Delhi’s puppet in Kashmir.