The Loneliness of Gadkari

Having lost power at the Centre, he is now faced with the growing clout of his bête noire, Gopinath Munde, in Maharashtra 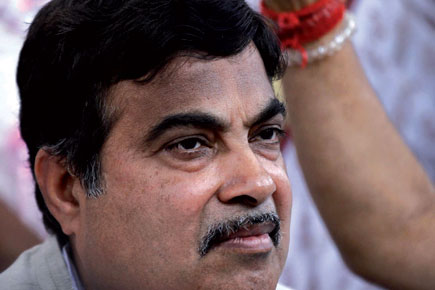 Having lost power at the Centre, he is now faced with the growing clout of his bête noire, Gopinath Munde, in Maharashtra


On the day Nitin Gadkari relinquished charge as national president of the Bharatiya Janata Party (BJP), he became a lonely man. Bar the orchestrated slogan shouting to welcome him back to Maharashtra, the leader has chosen to confine himself to hometown Nagpur. With him no longer at the helm of the BJP’s affairs at the Centre, leaders back in Maharashtra have already moved away to hobnob with those who matter now.

In the months to come, Gadkari, infamous for his brash mouth, will be an even lonelier man. It is the price he will pay for trying to alienate Gopinath Munde, now a well-known face of the party in Maharashtra. The Gadkari-Munde war dates back to the time when Pramod Mahajan was alive. (Munde is married to Mahajan’s sister.) When the BJP came to power in the state along with the Shiv Sena in 1995, Mahajan, as in-charge of Maharashtra affairs, ensured that Munde was made the deputy chief minister and given charge of the Home portfolio.

The Maharashtra BJP saw a complete takeover by the Mahajan-Munde duo. Gadkari was relegated far beyond the sidelines. As Mahajan’s clout grew in Delhi, a lobby opposed to this clout started cutting him to size by eroding his base in Maharashtra. They looked for those who could counter the Mahajan-Munde duo and Gadkari emerged as the head of this pack. His closeness to the RSS was an added asset.

As a step in this direction he was installed as the head of the Maharashtra BJP. His first act— taking down cutouts of the Mahajan-Munde duo from the conference room of the regional party headquarters in Mumbai—set the tone for their future interaction vis-à-vis Maharashtra. In the space once occupied by the cutouts, he put up the slogan “Nation first, party next, self last”. This sounded the bugle for an overt and intense turf war between Gadkari and the Mahajan-Munde duo.

After Mahajan’s death, Gadkari ensured that Munde found no place in the BJP’s politics in Maharashtra. He was kicked up to the national arena where he took over as a general secretary of the BJP. He later became a vice-president and is now a Member of Parliament. As Gadkari’s stock rose in Delhi within the party, Munde continued to suffer severe setbacks back in Maharashtra.

Munde was pushed to the point where he was all set to quit the BJP and join the Congress. Though, Munde was extremely restless, he eventually chose to bide his time and wait it out. He didn’t have to wait long; Gadkari’s downfall in Delhi was unexpected and early. As a result, the lobby that he created against Munde is now a confused lot. With elections slated for 2014 and political aspirations running high, this group has chosen to maintain a distance from Gadkari.

Late last year, after LK Advani insisted that Munde be given a bigger role in Maharashtra to ensure that he does not leave the party, the latter was made in-charge for the 2014 elections in Maharashtra. As party president, Gadkari had to give his stamp of approval. It is unlikely that Munde, the only mass leader of the BJP in Maharashtra at this time, will forget personal animosities and let Gadkari have a major say in the election preparations. Since Gadkari does not have a mass base, his political future seems hazy at the moment.

The Gadkari problem is indicative of all those who lack a mass following. More a businessman than a politician, those close to him say he considers Dhirubhai Ambani a closer idol than mentor Atal Bihari Vajpayee. He has always boasted about his “fantastic work” as Maharashtra’s Public Works Minister and narrated tales of bending rules to meet project deadlines. His pet project, Purti Co-operative Stores, was another boast, which has cost him his political career.

Given this background, it is not completely clear whether he can rely even on those who were close to him. When he went on to Delhi, his place in the Legislative Council, as leader of the Opposition, was quickly filled by Vinod Tawade, an ambitious Maratha. Tawade was handpicked by Gadkari to counter Munde. In the months that Gadkari has been out of Maharashtra, Tawade has been on the road with the cadre and been an active participant in the anti-government, anti-Congress BJP agitations. Gadkari’s return means Tawade is unsure of his own political future. Gadkari continues to be a member of the Maharashtra Legislative Council, but it may be embarrassing for a former national party president to sit in the Council under Tawade’s leadership.

Since the state BJP suffers from a severe leadership crisis, Tawade’s role is an important one. And given that it is Munde who, with Advani’s blessing, will be the chief ticket distributor for the 2014 elections, those aspiring to power are unlikely to openly make a move in Gadkari’s direction.