That Film of Memory

...and what I learnt of life, reporting from Bastar and other Maoist areas 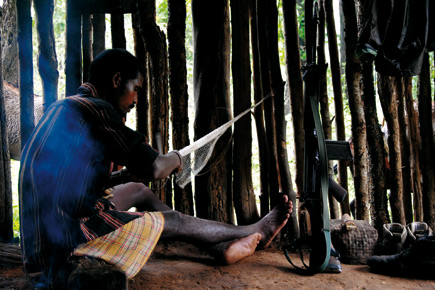 …and what I learnt of life, reporting from Bastar and other Maoist areas


I don’t know what is taught in journalism schools, I never went to one. But no matter what story I have done in the past 15 years, I’ve  learnt one thing: out in the field, you learn one new thing every day. More so when you move out of city limits, away from the comfort of a hotel to return to by evening. It is during such assignments that I’ve learnt the most valuable lessons of my life.

When I began working as a journalist, every male trainee reporter would want to file his first story from a slum. And his female colleague invariably wanted to report on life in a red-light area. A few years ago, thanks to P Sainath’s rock star status after his book Everybody Loves a Good Drought, their focus shifted to the country’s rural landscape. Farmer suicides in Vidarbha came into vogue. Suddenly, every journalist wanted to report from Yavatmal. Some would travel further: to Kashmir, for example. But most journalists never ventured out of state capitals. They never went to places where the halo of their Government-issued PIB accreditation cards wouldn’t shine.

I went to Bastar. You can put it down to one of my own failings. I never had an aptitude for cajoling a joint secretary or somebody into sharing a photocopy of some crucial document or government circular with me. I was totally inept at that kind of information gathering. But what I could do was go to some remote village, enter a hut, be mistaken for a government official, accept hand pump water, and then listen to people for hours.

Over the years, I have realised a few things. Above all, the poor Adivasi sitting on the mud-caked floor in front of your charpai has more wisdom than you do. The city journalist, unfortunately, is in too much of a hurry to even suspect this. He gets airdropped to the nearest airport, from where he takes a car, escorted by some local resource person—a local journalist, an activist or someone with an NGO in that area—who helps get things organised for him. Hands are shaken, basic details are noted, ‘case studies’ are interviewed, and then some statistics are googled and pasted on to complete the ‘big picture’ that editors often demand. The story is done and everything else forgotten, not least the resource person without whose help you would have been terribly lost.

I know of this popular TV anchor based in Delhi who, on a visit to Maharashtra, was almost entirely dependent on a local contact for a crucial story on the region’s Maoists. Once it was done, he flew back to Delhi. A few months later, on a visit to Delhi for some work, his guide wanted to drop by and meet him. Two days later, invited reluctantly over to the office by the hotshot anchor, the guide expressed a desire over tea and samosas to see the TV studio (something easily done, everyone in media knows). “Are you crazy?” the anchor reportedly snapped. The guide went away heartbroken.

Hubris and journalism were not meant to go together. For, the man dismissed with a samosa and pat-on-the-back is no less important in taking hard-to-get reports across to media audiences. His taking a day off from work to accompany you, arranging your dinner, and then offering you a bed in his house right under a fan while his son sleeps in the heat, can only be rationalised—if we must—as an investment in the cause of truth-telling. It’s something not to be treated shabbily. This is another lesson I’ve learnt: never take anyone for granted.

That includes ‘case studies’. Your being from New Delhi gives you no birthright to walk into an Adivasi house with your shoes on, even as everyone else follows the custom of taking shoes off at the doorstep. That is just not done.

Over years of reporting from across India’s Maoist-affected areas—Andhra Pradesh, Chhattisgarh, Jharkhand, Orissa and Maharashtra—I have met many people like that guide. I remain in touch with them long after my stories are filed, tweeted and retweeted. It doesn’t take much effort: just a phone call, sometimes, and if any of them lands in Delhi, then a guided tour of the Open office, a handshake with my editor, and the liberty to savour a samosa at leisure. It sometimes strains my memory, but I try remembering things like a son’s name just well enough to ask, say, “Raju kaisa hai (how is Raju)?”

Nowadays, every journalist wants to report from Naxal areas. In essence, that means trying to find someone in either Delhi or Dantewada who can get you embedded with Naxals. Some tend to think that once they reach Dantewada, they will spot a Maoist guerilla in a matter of seconds. But, like I keep saying, Naxals are not Coke bottles—they are not to be found just anywhere you happen to look. And, anyway, reporting from Maoist areas is much more than getting your pictures clicked with guerillas and writing first-hand accounts of the difficulties you faced while you were there.

It’s not about you, it’s about them. It’s about this Maoist guerilla who worked as a bonded labourer on a landlord’s field as a child. It’s about an old Adivasi who lost his innocent son to the bullets of a police commando desperate to show his superiors ‘results’. It’s about this young girl who cannot go to school because local Maoists won’t let a bridge be built over a river. It’s about this man who stares at you blankly because his young wife died the previous week—of diarrhoea. The challenge is to listen, to pay attention. It takes patience, it takes empathy.

Also, that doesn’t happen if you are not fit enough to travel through these areas. As photojournalist Lynsey Addario, who covered the recent war in Libya among other events, wrote in a piece: ‘I have to make sure I’m always in shape. I run every day. I’m always at the gym.’ That is essential because your SUV won’t go everywhere. To reach Pavarvel village in Gadchiroli, or Tentuliguda in Malkangiri, you have no option but to walk.

The ‘big picture’ is alright. But, sometimes, the ‘micro picture’ tells us more. After all, an Adivasi’s life is the only ‘big picture’ he knows.

That reminds me of an Art of Living volunteer in Vidarbha who I heard addressing a gathering of farmers in 2006. “Why do you drink so much?” she asked them. One rose from the back and said: “Madam, because we can’t afford to buy pesticide and finish ourselves once and for all.” She didn’t know where to look.

Call it ‘big’ or ‘small’, that is the only picture that a poor farmer can offer you. It’s up to you what you make of it and whether you remember it long after your story is filed. As Ryszard Kapuscinski put it: “A journey, after all, neither begins in the instant we set out, nor ends when we have reached our doorstep once again. It starts much earlier and is really never over, because the film of memory continues running inside of us long after we have come to a physical standstill.”

As journalists, it’s our duty to let that ‘film of memory’ keep running inside us.