Target of the State

On a chance meeting with Afzal Guru in Tihar 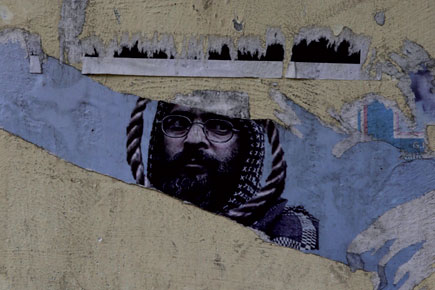 On a chance meeting with Afzal Guru in Tihar


I met Mohammad Afzal, otherwise known as Afzal Guru, purely by chance. My impression of him was unexpectedly favourable: he was intelligent and polite, and eminently conscious of the effect he was having. I did not know much about him when we met. I realised he was the most hated man in India, a terrorist whose execution could be demanded by a pugnacious politician in search of a sure roar of applause.

I had come to Tihar Jail to meet another enemy of the state, the Maoist ‘head of party publications’, Kobad Ghandy. It was 2009, and Ghandy had been in judicial custody for a few months after being arrested in Delhi while seeking medical treatment. He was being held in a special unit inside Tihar Jail, along with other politically or criminally sensitive prisoners, mainly several Sikhs and Kashmiris who faced possible execution. In particular, he was being held alongside Afzal.

Getting into Tihar Jail was a protracted process. My guide there was SAR Geelani, a Kashmiri professor who taught at Delhi University and had been charged and later acquitted of involvement in the attack on Parliament at the end of 2001. He was calm and self-possessed, and came regularly to the prison to visit other inmates and bring them food and legal advice. During his own time in Tihar, Geelani had been viciously attacked, and he now saw it as his mission to help those who were rejected by society.

At the reception, we were photographed and given passes. Geelani’s pass, enclosed in a plastic holder, had the words ‘HIGH RISK’ written beside his name. Before going through the security scanners, hungry visitors could purchase packets of ‘TJ Chips’—potato chips made in Tihar Jail by its inmates. It took about one hour to pass through the various stages of inspection, walking through to the next area, and then passing through further security before being taken to the special unit.

It was a sad place. The other visitors were mainly ageing mothers, fathers, wives—victims of guilt by association, doing their duty to family members who they knew would never walk free.

At the time we visited, nobody thought an execution was likely. It had been two decades since Satwant Singh and Kehar Singh, the assassin and a conspirator in the murder of Indira Gandhi, had been hanged there just a few yards from the visiting room.

The high security unit was like a badly managed, poorly maintained provincial bank. The prisoners stood behind dirty glass in an area of their own, and we had to speak to them at tight little counters through a sound system that did not work properly. At one point, when Geelani needed to speak to Kobad Ghandy about his legal case, I switched to another counter and found myself face to face with a different prisoner.

It was Mohammad Afzal. He had an intense, amused look and was smiling from ear to ear. “Hello sir,” he said in clear Eng- lish, “what do you know about me?” Af- zal had a bushy black beard, little round spectacles and wore a white skullcap.

Our conversation was not anticipated, and its direction was utterly unexpected. Hearing that I was a writer, Afzal began to discuss books—and it was clear his own reading was wide and serious. He ranged across contemporary Indian authors and even French novelists (a niche speciality by any estimation).

Recently, he had finished reading The Clash of Civilizations by the American political scientist Samuel P Huntington, a book much decried for its suggestion that differing religious identities are the cause of a potentially insoluble conflict between peoples and nations. With some qualifications, Afzal agreed with Huntington’s thesis.

Next, we discussed Maoism and the challenges in tribal areas that were causing the conflict to escalate. Afzal was fascinated by jungle life, which he had learned about from Kobad Ghandy. He said that—coming from Kashmir—he had known nothing about it, and was interested by the parallels and differences with the situation facing his own people. He said that from time to time, the prisoners had conversations about their respective worldviews. Afzal enjoyed these discussions, but when I asked Ghandy about them, he was disappointed by the lack of ideological or political commitment shown by most of the others.

The visit was ending. By now the scrappy sound system in the high security area had been turned off, and in theory the visitors and the prisoners could no longer speak to each other. But it was possible, if you went up close to the bleary glass, to keep talking. Afzal was doing a little mime routine, imitating one of the doltish guards who was using a spoon attached to the end of a metal chain to make an inspection of a carton of food that had been brought in for another prisoner. As Afzal stirred the imaginary pot of food and pretended to look at the contents, I asked what he missed most in jail. “Roast chicken,” he said, smiling, mouthing the words at the dead glass. “I miss roast chicken.” Then he was gone.

The attack on the Indian Parliament soon after 9/11, in which five fidayeen opened fire and killed nine people, was a national humiliation. In any democracy, the physical buildings that make up the seat of power have a huge symbolic value. If they are breached—particularly as a result of your own poor security— there is an understandable wish to have some form of accounting, and some kind of revenge.

The assault was probably orchestrated by Jaish-e-Mohammad. In 2004, a former ISI chief, Gen. Javed Ashraf Qazi, said in a debate in Pakistan’s Senate, “We must not be afraid of admitting that Jaish was involved in the deaths of thousands of innocent Kashmiris, bombing the Indian Parliament, Daniel Pearl’s murder and attempts on President Musharraf’s life.”

The organisers of the attack on Parlia- ment were never brought to book. I do not know whether Afzal was involved. With a background as a surrendered militant, he made an obvious target for the security forces in the aftermath. Al- though he was clearly not a ‘kingpin’ in the attack, as has been alleged, it is probable he had some tangential involvement with the plotters. It is also fair to say the court proceedings at his trial were ambiguous, and did not show him to be guilty beyond reasonable doubt.

Afzal, in the end, was only a link in a much larger national problem, an easy but erroneous target for justified anger.

The decision to execute him this month was a political choice. The dopey glee with which Congress MPs declared that they had cleverly bested the BJP on the question of national security was dismal. The authorities did not bother to inform Afzal’s family of what was happening, until two days after the event. John Samuel, Chief Postmaster General, J&K, told reporters: “We received the Speed Post by air Saturday evening. It was addressed to Tabassum Guru (his wife). Sunday being a public holiday, the Speed Post has been delivered today.” The ‘today’ being Monday. And this letter, inevitably, misspelt the name of the hanged man.

Patrick French is the author of Liberty or Death and India: A Portrait

Patrick French
Patrick French is a historian and biographer. He is presently writing the authorised biography of the novelist Doris Lessing