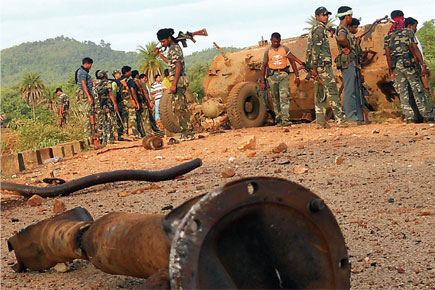 
NEW DELHI ~ There is utter confusion about the fate of Special Police Officers (SPOs) in Chhattisgarh after the recent Supreme Court judgment. The state government has decided to file a review petition against the court order of 5 July that declared the deployment of SPOs illegal and unconstitutional. But, as of now, the Raman Singh government in Chhattisgarh has begun to disarm about 5,000 SPOs. They will be accommodated in Salwa Judum camps and provided security. The question is: how long will they remain like this?

Meanwhile, the Maoist leadership in Chhattisgarh has issued a statement to the effect that if the SPOs so wish they can ‘surrender’ to them. In return, SPOs have been guaranteed amnesties and livelihoods. ‘We, the party and the people, promise to rehabilitate all those SPOs who come back to their villages, accept all the crimes they have committed and seek the mercy of the people while severing all kinds of connections with the government machinery. Janatana Sarkar, the people’s government, will provide them land and other instruments of production. They will be provided a guarantee of livelihood,’ said a statement issued by the Maoist spokesperson Dandakaranya Special Zone Committee, Gudsa Usendi.

Maoists also claimed that many SPOs were forced into this setup. ‘We want to make it clear to all the SPOs that this war is not between them and us,’ the statement said.

But even as Maoists ask SPOs to return and assure them that all will be forgiven, a few posters have appeared in Dantewada almost simultaneously that have left many jittery. The posters speak of ‘death sentences’ to 12 SPOs and a few policemen. Though Maoists have not owned up to these posters so far, SPOs are finding it hard to believe in the Maoist offer of rehabilitation. Many of them are accused of human rights violations in their own villages and believe that they will be killed if they return. This has put the onus on the Chhattisgarh government to ensure the safety of these men.

Those who believe in the importance of having these SPOs around are now advocating that the state government selectively bend rules of minimum educational qualification for these men and recruit them to the police force; after all, there are 12,000 vacancies in the Chhattisgarh police force. Some insist this should happen as soon as possible or, they fear, some of the SPOs may cross over to the Maoist side, especially the lapsed Maoists among them who became ad hoc policemen.