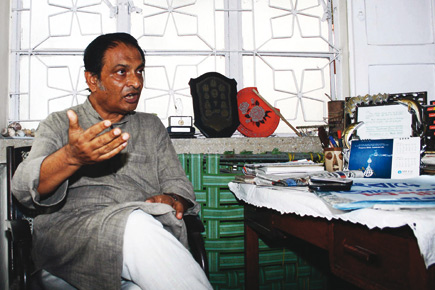 
While it is becoming clear that New Delhi is hellbent on silencing voices of dissent, sometimes state govern­ments too go to a farcical extent in the name of maintaining ‘law and order’. The civil liberties group PUCL is planning a state convention titled ‘Patriotism, Sedition and State Power in Independent India’ in Chhattisgarh on 25-26 June. This has worried the state government so much that state home minister Nanki Ram Kanwar told a national Hindi daily that PUCL supplies arms to Naxalites, and that the state government was contemplating imposing a ban on PUCL and other such “suspicious” organisations. There are reports that the state intelligence has issued letters to the police chiefs of all 18 districts in the state, seeking information on PUCL activities. This information was to be reportedly sent by 20 May. Kanwar also reportedly declared that social activist Swami Agnivesh will be banned from entering Chhattisgarh.

PUCL is a leading civil liberties organisa­tion founded by socialist leader Jai Prakash Narain in 1976.  Many prominent people such as Justice Rajinder Sachar and Arun Shourie have in the past held positions in its national executive.

Kanwar is also reported to have claimed that the PUCL had summoned members from abroad to argue the case of Dr  Binayak Sen which, according to him, proved that Naxalites were getting full support of the organisation. He conven­iently forgot that Dr Sen is the national vice-president of the organisation.

“This statement (by Kanwar) is in line with the whole polarised environment the state has constructed in the last ten years,” said PUCL’s general secretary, Pushkar Raj. “It is very disturbing. The government wants to suppress all kinds of dissent. Such statements by state executives are irresponsible,” he said. The PUCL national executive is now contemplating a legal recourse. ‘Instead of paying attention to mafia-style operations by industrialists, liquor barons and real estate dealers, resulting in brutal attacks on human rights defenders, journalists, lawyers and social movement leaders, the Home Minister of Chhattisgarh government is leading the vilification campaign and ruthless repression (sic) in suppressing the genuine voices of dissent and democra­cy,’ said a press-release issued by the Chhattisgarh PUCL.

It is not clear now whether PUCL will go ahead with its convention. Pushkar Raj said that that was a call the state chapter would have to take, depending on local conditions.