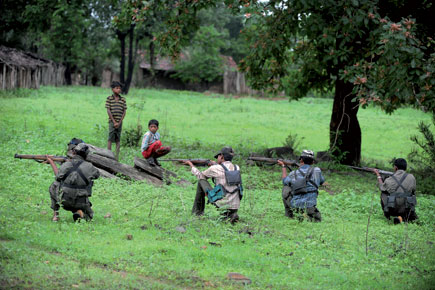 
Over the last seven years or so, Maoists have desperately been trying to revive their movement in Andhra Pradesh. They were almost entirely wiped out in the state by 2006, forcing them to retreat into Chhattisgarh and Odisha. Since then, they have been trying to make a return, especially in the three districts of North Telangana—Karimnagar, Khammam and Warangal. But after a recent encounter with security forces during which nine Maoists were gunned down, their revival in Andhra has suffered a severe setback.

Among those who died on 16 April was a senior Maoist leader, Marri Ravi alias Sudhakar, secretary of the KKW (Karimnagar, Khammam, Warangal) division committee of the CPI (Maoist). Hailing from Warangal, Sudhakar had been entrusted with the job of creating bases in the area, once a Maoist bastion. In the last year, the Maoist leadership has become unsure about the viability of Chhattisgarh as a base to which cadres can retreat and where they can remain in hiding, in the eventuality of a sustained military operation. Last year, security personnel entered Chhattisgarh’s Abujhmaad for the first time since Maoists turned it into a liberated zone in 1980.

The Maoist leadership believes that conditions for their revival in North Telangana still exist, since the area borders southern Chhattisgarh, where the Maoist movement is quite strong. They consider this revival very important, but now, with the killing of Sudhakar and his squad, their chances in Andhra look bleak.

Maoists are also hoping to revive their movement in the areas under the Andhra-Odisha border (AOB) committee, active in Odisha’s Malkangiri and Andhra’s Visakhapatnam districts, and adjoining areas. This committee, led by a senior Maoist commander Akkiraju Haragopal alias Ramakrishna, was responsible for the kidnapping of Malkangiri District Collector R Vineel Krishna in 2011. But Maoists have suffered some major losses in Odisha of late. One of their senior commanders, Sabyasachi Panda, has broken off with them due to infighting among senior cadres of the party, most of who are from Andhra Pradesh. This has led to the cutting off of a major supply chain of explosives and other material for Maoists in some areas that used to be managed by Panda.

Because of the increased Maoist activity in North Telangana and AOB, the anti- Maoist force Greyhounds has stepped up operations in these areas. It is based on its intelligence that Sudhakar and his squad were gunned down in Chhattisgarh’s Sukma district, bordering Andhra Pradesh. KKW used to be a bastion of the erstwhile People’s War Group (PWG), which merged with the Maoist Communist Centre (MCC) in 2004 to form the CPI (Maoist). Many senior Maoist leaders, including their elusive supreme commander Ganapathi and the slain leader Kishenji, hail from Karimnagar. It is in Karimnagar that the historic Jagtial march of 1978 was organised, which was seen as a big blow to rampant feudalism and which became the basis for the spread of the Maoist movement in the region.

In an interview with this writer in 2009, Ganapathi had said that “appropriate lessons” had been taken from the setbacks suffered by the CPI (Maoist) in Andhra Pradesh, and that they had drawn up “tactics in other states” based on these lessons. By 2010, alarm bells had begun to ring in the state, with intelligence agencies pointing out the role of Maoists in the Telangana agitation. There had also been indications of their presence in the anti-Polavaram dam project agitation in West Godavari district.

In the last few years, Maoists had managed to build small militia platoons in Visakhapatnam and KKW. These militias had resorted to violence, including acts of looting, arson and the killing of a few people.

It now seems that the Maoist plan of a revival in Andhra may have to be shelved for the time being.