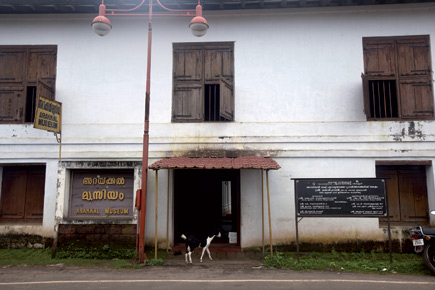 
Once upon a time, a queen lost her kingdom to a foreign invader. Under the terms of surrender, she was allowed to retain her title, inheritable by the seniormost member of the royal family. She was also assured an annual payment to maintain her standard of living. It was a generous sum back then. Then came the passage of time. Sovereigns vanished into history and elected governments came into existence. The royal family didn’t live happily ever after. Their annual pension, a fixed sum, was ravaged by inflation.

It began to look smaller and smaller, until it came to a point where it was not even as much as the monthly salary any of them earned.

And then the family decided to make a calculation. When they were first allotted that sum, how much gold could they have bought with it? And how much would that gold be worth today? This figure, they convinced themselves, was the sum that they should logically be getting.

And so they went to the government and asked for it. Else, they demanded their kingdom back. They will probably not get either.

That, in short, is the story of the Arakkal family that once ruled the city of Cannanore (now Kannur) and Lakshadweep Islands, a reign that lasted five centuries. The trust that governs their affairs recently made the bizarre demand that the Indian government either raise their pension or return Lakshadweep.

I had to wait ten minutes after ringing the bell at the present queen’s residence in Talassery, a town 20 km away from Kannur. A huge house modelled on the original palace that is now a museum of history, it is as silent and empty as any other house along the Malabar coast whose members have left for greener pastures abroad. The queen has three sons, all working overseas, and one daughter. It is the daughter, who looks around 50, who opens the door and welcomes us in. She had been busy with her evening prayers and apologises for making us wait. She and her mother are the only two residents of this palatial house.

I am taken to the queen’s room, where the 92-year-old Sultan Arakkal Adi Raja Sainaba Aishabi, also known as Arakkal Beevi, reclines on a bed. More than three years ago, she had suffered a stroke and never fully recovered. But she welcomes me with a gladdening smile. I have to bend forward to catch the words of her broken voice.

“Journalists often come here,” she whispers, “though I am not well enough to talk. You may get sufficient information from my children. Please don’t forget to have tea and some food before you leave.”

I ask her whether she is aware of the Arakkal royal family trust’s demand. She answers with the same bright smile. It is her daughter who speaks. “She is too old to get into such headaches,” she says.

For centuries, the royal title has been passed along to the seniormost member of the family irrespective of gender. A male king would be called Ali Raja Adi Raja (‘lord of the sea’) and a female, Arakkal Beevi.

According to historians, the Arakkal Dynasty was Kerala’s only Muslim family of rulers. There is no consensus on their origins, but some say their assumption of power dates back to the 13th century.

According to a piece of local lore, the dynasty was founded by a minister of Kolathiri Raja (the then regional ruler) who converted to Islam and became a ruler.

Another says that the Arakkal royal family traces its lineage to Mohemmad Ali, a nephew of Cheraman Perumal (a regional ruler before the region split into different principalities) who is said to have embraced Islam. The only thing certain is that the Arakkal Dynasty had sovereign control of Cannanore that later extended to Lakshadweep islands off the coast of Kerala in the Arabian Sea.

The arrival of European seafaring powers bolstered their kingdom’s trade and commerce. They had a love-hate relationship with the Portuguese, the Dutch and the British. According to Dr A Sreedhara Menon, a scholar on Kerala history, the Arakkal principality of power came to an end in 1790, the year in which St Angelo Fort of Cannanore was stormed by General Abercromby, the then British Army general. Locally known as Kannur Fort, it had been built in 1505 by the Portuguese; it was later owned by the Dutch, who then sold it to the Arakkal king for Rs 1 lakh. The fort is now a tourist destination. The East India Company later forced the then Arakkal Beevi into an agreement under which she had to give up control of Lakshadweep islands. She was allowed possession of Cannanore city, but deprived of any claim to sovereignty. The East India Company pensioned off the Arakkals the same way they did other local kings and chieftains in India.

By 1900, the family had lost every trace of power. In 1905, they had to make another agreement with the British giving up all sovereign claims on Cannanore and Lakshadweep. In return, they were entitled to receive an annual pension, termed malikhana, of Rs 23,000. This is a sum they still get, though from the Government of India, which took over the obligations of the departing British.

On 10 July this year, a decision was taken at a meeting of the royal family trust to press the demand for a raise (or a return ‘surrender’ of their kingdom). “It is not the first time we have made this demand,” says Ali Raja Adi Raja Hameed Hussain, the eldest male member of the royal family. We are at a shop he has in Kannur, where he runs the family business of spice exports. He takes a bundle of papers off a wooden shelf to show us. The stack includes copies of representations submitted to Central and state ministers to raise their malikhana. “We have been demanding a reasonable hike for long,” he says, “This time we decided to make it public through the media.”

While that may be so, why they consider their demand reasonable remains a mystery. India, after all, is a democracy and there is nothing that entitles them to such a payment. “We need money because we want to continue the charity work which had been done by our ancestors,” says Hameed Hussain. But why demand public money for purposes of charity?

“Because we are descendants of a sovereign ruler,” replies Ali Raja Mohammed Rafi, younger son of Arakkal Beevi Sainaba Aishabi, who runs an advertising agency in the UAE. “As per the contract of 1905 with the English East India Company, we are entitled to receive an amount sufficient to maintain the standards of royal living.”

The agreement, a copy of which is with Open, reads: ‘The Government would pay to the Adi Raja and to his heirs and successors a Malikhana of Rs 23,000 per annum in equal monthly installments one half being paid to him during his life and after his death to the head of the family for the time being as a personal grant for the maintenance of his position and dignity and the other half being paid to him and to his heirs and successors as heads of the family.’

Mohemmad Rafi, who is the managing trustee of the royal trust, says that Rs 23,000 was a huge amount in 1905. If calculated in terms of gold, he says, it would have bought 64 kg of the metal in 1905. “Considering the value of gold [now], we should get around Rs 14 crore per annum,” claims Mohemmad Rafi. “We know that is not practically viable and so we are demanding only a reasonable hike in the annual pension.”

This is not the Arakkals’ only family tussle over ancestral property. There is an ongoing dispute with another family of Muslim landowners, the Keyis, over 1.4 million Saudi riyals—about Rs 2.2 crore—said to be lying in the Saudi Arabian government’s treasury. The exact sum cannot be verified, though many believe it to be in the tune of Rs 90 crore. About 150 years ago, a member of the Keyi family, Mayinkutty, is said to have built a guesthouse in Mecca to accommodate Hajj pilgrims from Malabar. In 1971, the Saudi government demolished this structure as part of a development exercise, allotting 1.4 million riyals as compensation to be handed over to the Keyi heirs. At that point, the Arakkal royal family also staked claim to the amount on the grounds that Mayinkutty had married one of their members, Aychi Beevi. “It is beyond dispute that we are the legal heirs of Mayinkutty Keyi and have legitimate claim over that property,” says Mohemmad Rafi.

The Kerala government recently appointed an IAS officer, TO Suraj, to look into the matter and take a final decision. He says that neither family might have any right to it. “In my understanding, the property was dedicated to the Wakf for the welfare of pilgrims,” says Suraj, “The government is trying to attach the property [for use of] the Wakf Board by due process.”

Professor Rajan Gurukkal, a historian and former vice-chancellor of Mahatma Gandhi University, thinks that would be ideal. “It should go to the government and be used for a public purpose,” he says. Gurukkal also thinks that the demand to raise the malikhana has no legal validity. Dr KKN Kurup, a historian of the Malabar region, author of a book on the Arakkal family’s history called Aliraja of Cannanore and former vice-chancellor of Calicut University, terms the demand “absolutely irrational”. He says there is no reason to spend public money on the upkeep of aristocracies and royalties of the past. “The malikhana was maintained primarily on the condition that they should be loyal to the English East India Company. How can they claim the same even after independence? Does it mean that the Arakkal family is still loyal to the British? What if all the heirs of rulers of princely states make similar demands?”