That’s life in a lost state 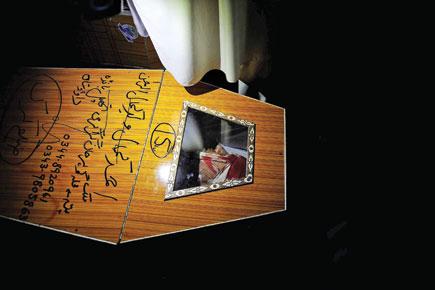 That’s life in a lost state

The terror attack of 20 January that claimed the lives of at least two dozen students and faculty members of Bacha Khan University in Charsadda, some 35 km from Peshawar in Pakistan’s northwest, points to a horrific trend that needs high-level addressal rather than mere words of condemnation. Four gunmen struck classrooms and hostels, a massacre claimed by a faction of the Tehreek-e-Taliban Pakistan (TTP), which was responsible for the barbarity perpetrated at Peshawar’s Army Public School that left over 120 dead, many of them pre-teens, in December 2014. If the purpose then was to wreak vengeance on the army families the students came from, this time it is apparently ideological. The university is named after Abdul Ghaffar Khan, better known in India as Frontier Gandhi, its stated mission being to inculcate the freedom fighter’s ‘message of peace and universal brotherhood’ to help ‘induct Pakistan into the comity of respectable nations of the world’, and it was holding a poetry session to commemorate him.

This puts into sharp relief the problem of Pakistan’s closet policy of support for religious extremism. What was once just the Taliban under the military establishment’s aegis, armed and trained to fight in Afghanistan, has over the years since 9/11 split over and over into several splinter groups. The distinction Pakistan sought to make between the ‘good’ and bad’ versions has long been a suspected attempt to confuse the world and obscure its own covert sponsorship of terror outfits. The TTP, a coalition of ragtag forces cobbled by the late Baitullah Mehsud, was among the groups considered beyond the control of the country’s army, the brute face of its own hydra- headed monster most eager to turn on its creator. The TTP itself has splintered since Mehsud was killed in a US drone strike more than half a decade ago. In the rivalry among these militias, the one that attacked the campus is clearly the keenest to smear the country with the blood of innocents whose thinking it either cannot stand or fears as a threat. It is time for higher-ups in the establishment to acknowledge that terror is terror, period. The scourge seeks to suffocate humanity, and so long as any form of it is encouraged, regardless of who its targets are, Pakistan would have no hope of being inducted into the ‘comity of respectable nations’.