What if it were Delhi 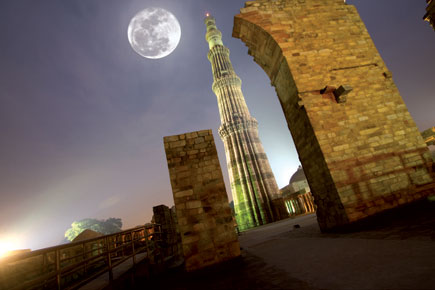 In the 1974 movie, Earthquake, actor George Kennedy, who plays the role of Sergeant Lew Slade, a master rescuer, tells people, “Shut up! You’re all going to have to help yourselves!” The ace soldier’s helplessness in the face of nature’s fury highlights the predicament of people in authority, meant to protect fellow citizens, on an unusual occasion. But such moments play out often in adversities of the worst kind: floods, quakes, tsunamis, super-cyclones and so on. Such an every-man-for-himself event prompted Nepal’s senior officials to flee the safety of their office when a tremblor measuring 7.9 on the Richter scale hit Nepal just before noon on 25 April.

Indian Prime Minister Narendra Modi responded swiftly, by virtue of distance from the site of destruction. He dispatched IAF and professional rescuers to the neighbouring country. Modi also recalled his Kutch experience of 2001, when Bhuj was flattened by a killer quake on the morning of India’s 52nd Republic Day. That earthquake in Gujarat touched 7.7 on the Richter scale and killed close to 25,000 people. Modi, then a BJP general secretary based in Delhi, did not feel the quake’s intensity first-hand as it happened. To face death and empathise with it from afar are two different things. Modi immediately hired an aircraft to reach the worst-affected district of Kutch. The then BJP Chief Minister Keshubhai Patel, Modi’s rival, was not too pleased; Patel saw it as a political victory for Modi, which it was. I remember visiting Bhuj, a town a few kilometres away from the epicentre of the quake where the district collector’s office was reduced to a heap of dust. Within months, buffeted by charges of collusion with unscrupulous builders and of not doing enough to rehabilitate survivors, Patel had to step down. By October, Prime Minister AB Vajpayee anointed Modi as Chief Minister of Gujarat.

Now imagine Delhi. Just visualise Prime Minister Modi and members of his council of ministers, nailed for a moment by a fight- or-flight choice, opting to flee by rushing out of their offices as a tremblor of, say, 9 on the Richter scale hits the national capital. It is a horrid thought, but it is not an impossibility. Modi is agile, thanks to the disciplined ways of a former RSS man. All his athletic skills will come in handy if he has to run out of his office as South Block begins to shake. While his vital signs will surely stay in a viable range as he reaches the open-air safety of Rajpath, what would happen to most of his colleagues who aren’t as fleet-footed as he is? And what would he do if New Delhi were the epicentre of a quake (which seismologists warn is a strong possibility)?

We all know that the NCR builder mafia is better organised than that of Gujarat back in 2001. Most of the homes that have sprung up in Delhi’s new suburbs, and those built to replace old homes, are not quake-resistant. Which means a tremor in the 8-plus range would result in staircases—the first escape route—giving way before these homes, especially in high-rises, fall like a pack of cards. Mind you, Delhi is only less than a notch below Guwahati and Srinagar on the list of quake-prone Indian cities. Located in seismic zone 4, Delhi’s most vulnerable areas are along the Yamuna and include the Chhatarpur Basin and Delhi Ridge, which have several tony as well as poor neighbourhoods. It includes the Delhi University area and many DDA housing complexes, apart from areas from Sadar Bazaar to Dhaula Kuan and Tughlaqabad to Mehrauli. Having in place seismic- proof structures and replacing or renovating old buildings by eyeballing risks can be postponed only at our own peril. Skyscrapers, old and new, must be subjected to stringent seismic standards— and that includes the use of new technology and creation of ‘scientific weak zones’ to absorb shocks, professional retrofitting, the use of carbon fibres inside heritage buildings, and so on. Saving the metropolis is an uphill task, but if they don’t do that, Delhi’s ruling classes would be harbouring a death wish.