Long on Sleaze, Short on Duty

The lives of many policemen in Mumbai are riddled with sex, lies and scandals 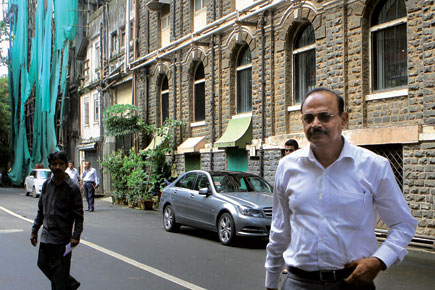 The lives of many policemen in Mumbai are riddled with sex, lies and scandals

For long, tales of police bravery have inspired Bollywood movies. Lately, there has been a twist in the tale. All the debauchery, hook- ups and promiscuity that Bollywood is known for appear to have spilled over into Mumbai’s police forces, engendering a controversy: how are the illicit relationships of men in khakhi hurting their efficiency?

Going by the unofficial statistics given in confidence by the Home department, Open finds that four out of 10 policemen are involved in extramarital affairs. The state home department feels this is a ‘delicate’ issue and has to be dealt with caution. A highly placed source from the Home department says that the Mumbai Police is now a much weakened entity compared to what it was a few years earlier, thanks to these excesses, which can often lead policemen astray.

“Our men are busy fighting their own private wars,” says one officer. “So stressed are these men due to their emotional entanglements that staying sober has become a huge challenge. Alcoholism is high amongst them,” he says, emphasising that each police station in the city is a storehouse of stories, linking policemen with commercial sex workers, housewives, female witnesses and complainants forming part of the sex supply chain.

While ‘quickies’ with commercial sex workers form an integral part of night- shift duty for the police, many policemen have also made it their day-time routine, say people in the know. Official vehicles are zealously misused for the purpose, they add. “It is getting increasingly bad. This is a malaise that has hit every police station. Unless there are complaints it is difficult to prove their sexcapades,” a senior police officer admitted.

The ‘dutiful officer’ image the Mumbai police often flaunted in the past has suffered a huge battering over the past few decades. In recent weeks, it touched new lows after Sunil Paraskar, a Deputy Inspector General (DIG) of police, was accused of rape. The irony is inescapable: Paraskar is the man in-charge of civil rights protection in the state. The woman who accused him of rape is a 26-year- old model who had approached him seeking help in a case. She has filed a new case, charging the DIG with rape and molestation and forcing Paraskar to seek judicial recourse.

Granted anticipatory bail by the lower courts, Paraskar continues to be in service but has been on leave since 24 July, a day after the model lodged a complaint. According to Sanjeev Dayal, the state’s Director General of Police (DGP), suspension is compulsory only if a police officer is arrested. Dayal noted that if Paraskar is arrested, he will be suspended.

With the Shiv Sena backing him “as he’s a Marathi manoos”, neither state Home Minister RR Patil nor Chief Minister Prithviraj Chavan seem to be in a hurry to initiate action against Paraskar. Indeed, as former Mumbai Police Commissioner Julio Ribeiro notes, it is political backing that allows policemen to beat the rap despite their behaviour.

Though the Mumbai Crime Branch has stated before the court that the department requires custody of Paraskar to interrogate him in the case, Judge Vrushali Joshi has refused to grant permission.

While the DGP can use his discretionary powers to suspend or dismiss Paraskar, pressure from the Shiv Sena coupled with Patil’s hesitation has forced Dayal into a corner. In a past, former DGP D Sivanandan had used his discretionary powers to dismiss senior inspector Arun Borude of the LT Marg Police station over a case involving the rape of a minor girl. A complaint was registered by the Powai Police on 17 November 2010. Sivanandan acted swiftly after then Deputy Chief Minister Ajit Pawar pulled up the then police commissioner for not taking immediate action against Borude.

A former Crime Branch officer, Borude is said to have taken a 15-year-old to a house in Powai repeatedly and raped her. It was only after she got pregnant that a case was filed against him.

Several policemen told Open that sexual exploitation by policemen is rampant in Mumbai. “They are doing all this during their work hours. Detection has suffered as instead of being on the job, these policemen are busy having sex,” one police officer says. Though Police Commissioner Rakesh Maria has tried to clean up the force he commands, it is not an easy task as more than 50 per cent of his men are “politically” connected and flaunt it too.

Sexual liaisons have resulted in deaths, too. Last December, Baburao Gaikwad, an Assistant Commissioner of Police, shot himself with his 9 mm service revolver at the Dahisar Police Station (in the northern suburbs of Mumbai). He was allegedly in a relationship with a housewife who had blackmailed him into marrying her.

A few months ago, a police patrol vehicle saw what looked like a regular patrol van parked in a quiet lane near Shivaji Park in Dadar (in the city’s central suburb). The patrol team found a couple in a compromising position inside the van. Investigations revealed that the driver of the van was letting it out to couples on an hourly basis for a price. In another instance, again some months ago, a senior policeman was caught in the act inside a police van with a commercial sex worker. This van too was parked in a shaded area of Dadar, and was spotted by a patrol team.

To check the menace, the Mumbai Police have started organising religious discourses on sexual propriety. As part of this morality enhancement initiative, Mumbai’s northern region cops had attended “a sermon” last year by Sakshi Ramkripalji of the Sci-Divine Foundation. The guru attributed the problem to a combination of stress, long duty hours and days away from family. “Policemen need to be strong,” said the guru, speaking to an audience of 550 officers, constables and their families, “They need to understand the importance of moral behaviour, given the power they wield.”

Meanwhile, Susiben Shah, chairperson of the State Women’s Commission, has demanded immediate action against policemen involved in extramarital affairs. According to her, the Commission has received complaints about policemen reneging on promises of marriage or financial security.

Many policemen are suspected of secret partnerships with “dance bars” and of acting as part-time pimps for bar girls. Says a cop, “If RR Patil pays a surprise visit to any police station at night, particularly in interior Mumbai, he will be shocked at what’s going on there.” The demand for morality sermons, it would seem, is far from exhausted yet.

For his part, former police commissioner M N Singh attributes the problem to acute housing shortage. With re- development in Mumbai and neighbouring Thane on in a very big way, finding cheap housing is not easy. As over 65 per cent of Mumbai’s policemen live in cramped slums without basic amenities such as water, toilets and bathrooms, many others prefer to leave their families back in the villages.

Even most of the lower level police personnel who live in quarters are unhappy. These rented accommodations are often cramped single-room apartments with a common toilet. After a tiring day at work, policemen have hardly any opportunity for privacy, let alone intimacy, with their spouses. This often leads to unhappy marriages. “Once you have children, it is goodbye to privacy,” says an assistant sub-inspector who lives in the Naigaum police quarters.

He is in a relationship with a woman who had been a complainant in a case. “The relationship started much later. I don’t think it affects my work,” he says. When asked how he manages time for two women and a job with no fixed hours, he says that so far he had managed. “My wife is my security. The other is my need,” he said.

Over the years, senior officers who have been posted as head of the Police Housing Corporation have treated it as a “punishment posting”. Either they retire in a few months or lack the interest to see projects through. But the state government plans to resolve the housing problems of policemen; the housing department is working on a proposal to redevelop the police quarters in the city. The department is planning to rope in the Maharashtra Housing and Area Development Authority (MHADA) for the project. The police quarters are spread across 100 acres in various parts of the city. These include a 42-acre plot at Pochkhanwala Road in Worli, which is dotted with 30 three-storey buildings.

Policemen from the smaller towns or villages are easily bowled over by Mumbai and the easy availability of sex in this city. It is easy to have an extra- marital affair as women are willing partners too, says a former encounter cop whose exploits with the revolver has been made into films.

“Policemen have to be very careful. Affairs could also be honey traps,” says Dr Neelam Gorhe, activist and member of the Legislative Council. “Women are being used as spies and Mumbai is a very sensitive zone due to the terror threats. Even lower level policemen are privy to information. Such affairs must be looked into and the state has to take a serious view of the issue,” says Gorhe.