They are teachers and preachers, entrepreneurs and ecologists, students and dreamers. Their ideas make a difference in the life of others—for the better 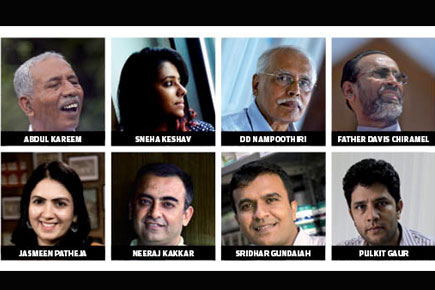 Until a few decades ago, innovation in India meant striking a new business opportunity. Entrepreneurs and innovators who rose from nothing to the top of their game were then feted as icons. Not for nothing, of course. The hurdles they had to overcome were formidable. Bureaucratic red tape and policy hiccups that marked the Licence Raj years had made such success stories as rare as they were encouraging. The Liberalisation exercise of the 1990s offered greater freedom for Indian corporates and unleashed the animal spirits of capitalism. Though the marginalised and the poor continued to suffer as in the days of the mixed economy, the true stories of success of people behind some of the showpieces of Indian enterprise helped raise aspirations as more people moved out of poverty and began to attain higher disposable incomes. The country also saw men and women making gains thanks to newer opportunities irrespective of their pedigree. The breaking of the glass ceiling of elitism that marked the first five decades of Indian independence was no mean achievement for spirited young people who dared to dream big. By the time the words ‘startup’, ‘venture capital’ and ‘angel investor’ became popular, it was clear that entrepreneurs could do things differently and on their own terms no matter what the priorities of the government of the day were. True, as more businesses struck gold thanks to pro- growth reforms, narrow pacts began to emerge between the ruling and the affluent classes, resulting in the rise of crony capitalism and gross inequalities that threaten to restrict the impact of growth on poverty alleviation. Yet, notwithstanding the growing economic disparities that are at the root of several of the country’s social problems, a new breed of entrepreneurs and innovators began to emerge to take up challenging social goals to set things right. Alongside, there were altruists and passionate advocates who championed the rights of the marginalised through the use of technology and new mediums. For all of them, social responsibility was the driving spirit. While some of them were impelled exclusively by the vital energy to do something good, some others were angry at the state of affairs and wanted to set an example through their work; yet others were entrepreneurs who while being socially responsible managed to highlight the value of their products and services—and reasonably so, to earn profits and stay ahead of the competition.

In this issue, we feature a group of innovators, picked carefully by our reporters, whom we define as liberators for their stellar, though not-so-well-known, roles in touching the lives of people, for thinking out of the box to meet their goals. They may not be in the media glare, but all of them epitomise the right mix of innovation and social responsibility. Jasmeen Patheja deserves enormous credit for drawing attention to sexual harassment of all sorts on the street. Her Blank Noise Project perhaps taught women to stand up and speak up in public places, including dark alleys of a city, where sexual abuse of the worst kind often happens. She wanted women to make a noise and disrupt a silence that reeks of hypocrisy. So does Sneha Keshav, who has come up with easy-to-use substitutes for popular swear words, using her expertise in design to meet her objective. We have Father Davis Chiramel on the list because he is a beacon of hope for those in need of organs. Born in penury, he is now an inspiration for volunteers nationwide working to spread awareness about organ transplants in a country beset with flaws in its laws. Known also as ‘Kidney Priest’, he is the founder of the Kidney Federation of India and has managed to get thousands of people to pledge their kidneys in the event of brain death. Abdul Kareem makes it to this list because he revolted in his own inimitable way against the way we treat our forests: he used hard-earned money to plant one by himself. DD Nampoothiri gets applauded for helping thousands of professionals from disadvantaged backgrounds and small towns acquire skill sets to overcome their fears and gain confidence.

The success stories of these innovators and entrepreneurs are different from those in the time of the Licence Raj. Sure, there are several glittering rags-to-riches tales that abound in our modern public consciousness. Yet, these are no less inspiring especially because their social commitments are, without doubt, much higher. The stories of Neeraj Kakkar, Pulkit Gaur, Sridhar Gundaiah and others featured in the following pages are proof of that conviction.