Some dreams can be dangerous. Especially ones that are not drawn from any sort of reality. Like India’s fixation with being a grand player on the world stage. 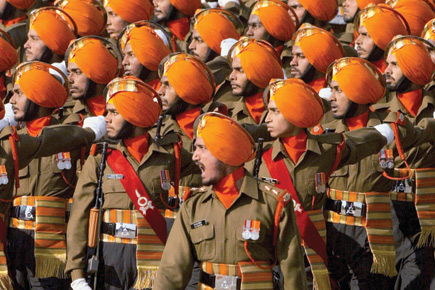 Some dreams can be dangerous. Like India’s fixation with being a grand player on the world stage.


For a man to be superman, he must first overcome himself —Nietzsche

There is a thin line between the audacity of hope and grasp of reality. India’s middle-class, with its fond dream of India as a Superpower, is like a trapeze artist walking that very thin line. Despair too much, and your case is hopeless. Daydream too much, and you topple into a delusionary void.

Over the past decade or so, it’s the latter which has been the bigger danger. India the Infotech Iron-pumper. India the Nuclear Non-aggressor. India the Space Scorcher. India the Cricket Conqueror. India the Massive Market. India the Enormous Economy. India the Growth Giant… you get the drift. With a flying cape and coloured briefs, it’s an India ready to make the world spin the other way round on its axis. At the top level, the dream was articulated by an optimist-in-residence at the Rashtrapati Bhavan itself, former President APJ Abdul Kalam. With his technocratic training straight from the rah-rah realm of rocket science, he went forth and set a deadline: 2020. And then got little children all across the land waving little tricolours to pledge their support.

The Millennium Goal to beat all millennium goals! The future that was promised! The glory that was destined! Each success has brought another bout of delirium, India’s lunar mission being a fine example. There’s ice on the moon, Jai Hind!

So many have grown so fixated on the target, that should we miss our date with Superpowerhood, we might need group psychotherapy for decades to come. But delusions of grandeur, some think, are best cured by grander delusions of grandeur. So, with some digital jugglery—Infotech Imperialism has its privileges—the deadline has been reset to 2012. As if the poor hungry child in drought-ridden Bundelkhand just has to wait for the clock to tick past the midnight of 31 December 2011, and he’ll be reborn in the land of milk and honey.

THE WILL TO POWER

That a sizzling economy can fuel hysteria has been a new learning. In a way, this is understandable. For a generation of Indians who remember the humiliation of PL-480 food aid from America, a five-year wait list for a scooter, a phone as a symbol of authority, and a working phone as a sign of cosmic rarity, the emergence into this bright new world of choice and plentitude is cause enough for exhilaration. And with $280 billion in the treasure chest and a nuclear bomb in the basement, nobody dare take it away.

The ‘Hindu rate of growth’ of 3 per cent has been replaced by a robust 8 per cent. There is ‘feel good’ in the air, and it is making us heady. “There is a feeling that the next generation will be better than the previous one,” says Pratap Bhanu Mehta, president of Centre for Policy Research, a think-tank, “In itself, the fantasy is not a bad thing, but to believe that you have arrived can be dangerous. India has a very vast underclass and this just cannot be wished away.”

One aspect of the fantasy is the belief that India has finally secured a seat at the high table of global power. After all, the G-8 has become the G-20, coordinating stimulus packages to save the world. As for wielding a veto over world affairs, don’t forget India has achieved parity with the Big Five, having found a cosy place in the Nuclear Club at long last, even if the official membership card is still in the mail.

With heft such as this, it is puzzling to have Bangladesh defy India in letting terror camps run amok. Or ragtag pirates thumbing their nose at Indian flag carriers on the high seas. Or even Indians opting for foreign citizenship at the slightest chance. As any international traveller will tell you, all passports are not created with equal prestige. Perhaps it is no surprise that non-resident Indians have played a big role in formulating the fantasy. Oblivious to starvation deaths in Madhya Pradesh but delighted to find Laxmi Mittal as Britain’s richest man, unaware of the scarcity of potable water in Uttar Pradesh but at their loudest holding wine glasses the size of watermelons, they have become India’s cheerleaders. India’s moment, they exult, has come. If only.

“Nation building is a hard grind,” says Lord Bhikhu Parekh, political scientist, “Rhetoric, on the other hand, is easy. The Superpower Fantasy thus is an escape from reality. In the Nehruvian era, elections were won on the premise that ‘we cannot offer you a great today but hard work will assure that your tomorrow is better’. This has been replaced by the rhetoric of ‘India Shining’.”

This is not the first time that India’s elite has been in a euphoric mood. In 1947, Nehru’s ‘Tryst with Destiny’ had everyone agog. It was supposed to turn this ancient civilisation into a beacon of enlightenment for the world. The 1962 humiliation by China was a cold shower, and a bitterly sobering one at that. In 1971, it resurfaced. India famously won its first war in a thousand years and split Pakistan. Internally, Indira Gandhi’s ‘Garibi Hatao’ was the great new adrenalin shot. It ended in a nightmare called the Emergency. Today’s delusion has its origin in the BJP’s atomic muscle flexing at Pokhran. From ‘desert vibrating’, the country was taken in five years to ‘India Shining’—a slogan that lost an election but gave the middle-class an ego kick. Resplendence, it would seem, is like transcendence. Fold your legs, chant the mantra, and you’re there.

GET REAL ON THE VISION THING

So, can India realistically hope to be a superpower by 2020 or even 2050? This is not a prefix one can buy with $280 billion in hard currency or wrest with a bomb. If power is the ability to exert one’s will, a superpower is understood as having the ability to exert itself globally, or at least beyond one’s territorial borders. In world history, expansive empires have done this, from the Persian, Greek, Roman and Mongol expanses to the latter-day Chinese, Russian and British empires. From the mid-20th century onwards, America has been the Big Superpower.

Only, the information revolution of the modern era has been making it harder and harder to exert power without the consent of those affected, most pertinently that of people within one’s own borders. In other words, there is no question of achieving or sustaining real power—super or not—if the basic aspirations of your own citizens go unfulfilled.

After decades of adhering to Mao’s four-word ‘keep a low profile’ dictum, China has just begun to assert itself globally. America is America, of course, still in charge. So, where does that leave India?

For one, with an urgent need to align vision with realism. To be sure, given the grim scenario in South Asia, India has the makings of a regional power. Missiles and money count, but one neighbour neutralises the warheads and the other has more moolah. This limits India’s influence in its immediate littoral, the big reason why the ‘super’ prefix eludes the country. Can India overcome Pakistan, at the very least, as a critical constraint?

In 2009, India was the world’s second largest arms importer. But it’s still an importer. Frontline tanks, fighter jets and warships, they’re all foreign made. This means dependency. China, in contrast, is now among the world’s five top arms exporters. India’s own defence development efforts since 1947, barring the odd missile, so far have been a scandalous waste. This tardiness retards the country’s power projection capability in hard military terms.

Then, there is the question of economic emergence. At last count, this country of 1.14 billon people had the world’s largest number of malnourished children. India also has more people who can’t write their name, more malaria deaths and more jobless youth than any other country. To most statisticians at human development organisations, the very aspiration of superpowerdom is a crude joke.

Gung-ho Indians, meanwhile, are counting on the ‘demographic dividend’. By this conventional wisdom, India will still be youthfully energetic while the developed world ages into its drone years. This view ignores the fact that a majority of India’s young are illiterate and underfed, and unfit to do anything except the most ill-paid of jobs. The dividend could well turn out to be a disaster.

The third superpower paradigm involves the State and its institutions. While Indian democracy is often hailed highly for its ‘soft power’ appeal worldwide, it masks a bad case of dysfunctional politics, a reality that strikes the elite only in occasional spasms. Instead of delivery of results, electoral politics is all about retention of power and dispensing of patronage. Unlike the revitalised US democracy, India’s capacity for self-renewal seems much too weak for the country’s good.

Worse, the resolve to attain the grand goal India has set for itself is in sparse evidence. Internally, the Superpower Project is hollow. Take a look around. The fissures of petty politics block attempts to win elections on national issues. Nor can these become priorities of governance. Superpowers, on the other hand, have always upheld issues that are vital to them in a broad sense.

So why does this fancy persist? Says Shiv Vishwanathan, a sociologist, “There is a fantastic urge within the middle-class for upward mobility. For status. This is fuelled equally by the expatriate Indian cousins when they visit or hold ‘India’ days. It is a dangerous fantasy because it is taken as manifest destiny. Bear in mind that a lot can still go wrong in the India story. If the middle-class insulates itself in the superpower ivory tower, it will invite reactions.”

There are sniggers in the dark, scowls in the aisles. Read The White Tiger. Or watch Slumdog Millionaire. Though aimed at Western audiences, they are reminders of the mockery that comes the way of India’s middle-class consensus on Superpowerhood. And indeed, there is much that should make the country squirm. There is nothing ‘super’ in having to declare a quarter of the country’s districts tormented by Naxal violence. There are people out in the jungles who are taking up guns to overthrow the State, an entity they see as increasingly hostage to the mollycoddled middle-class and its fancies.

MATTER OF SELF BELIEF

So, can no good come of hallucination? It could depend on how the energies are channelled. In Meiji Japan, or Imperial Britain, the State took national ambition to new heights. “Some good does come out of the fantasy,” says Gurcharan Das, “It gives a sense of self-belief. But it is critical to direct this positive energy, for otherwise it can lead to a dangerous disconnect of the elite from the concerns of a transforming country.” India must wake up.