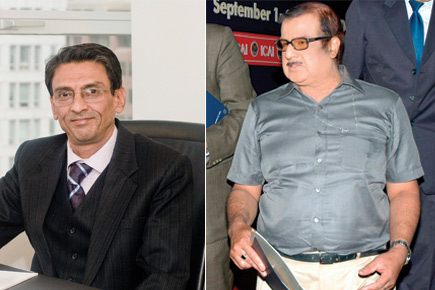 The waves being created by Congress leader Rahul Gandhi’s all-out effort to revive the party in the Hindi belt have started to threaten Kerala’s virtual monopoly over babudom in the Prime Minister’s Office (PMO).

As incumbent Cabinet Secretary KM Chandrashekhar braces for his retirement in June this year, indications are that Pulok Chatterjee, a long-time loyalist of the Gandhi family, may succeed him.

Chatterjee, a senior IAS officer from the 1974 batch, is presently serving as an executive director at the World Bank. He has served as the district magistrate of Rae Bareli and later worked with Sonia Gandhi when she was Leader of the Opposition during the NDA regime. Sources say the move has the backing of Rahul, who has hinted that he wants to increase the intake of UP bureaucrats in the PMO.

According to sources, another Malayalee bureaucrat—Principal Secretary in the PMO TKA Nair—may also land up with a gubernatorial assignment in a few months. The slot thus vacated is likely to be filled by BK Chaturvedi, a senior bureaucrat from UP.  Chaturvedi, presently a member of the Planning Commission, is a 1966 batch IAS officer of the UP cadre. For three years from June 2004, he served as the Cabinet Secretary and was also a member of India’s Atomic Energy Commission and Space Commission.

Chaturvedi’s experience includes both service in the Government and corporate world. He has been Secretary to the Government of India in several ministries, including Finance, Human Resource Development and Petroleum & Natural Gas, for more than six years. He has also served as Chairman and Managing Director of the State Trading Corporation of India, Executive Director of the Trade Development Authority of India, besides being on the boards of several PSUs, including MMTC Limited, Life Insurance Corporation of India, General Insurance Corporation of India and the State Electricity Board of UP.

Already, senior Kerala bureaucrat MK Narayanan has been shifted from the post of National Security Advisor and made Governor of West Bengal. The reign of Malayalee bureaucrats in the PMO is ending fast.

The morning flight from New Delhi to Indore on the first day of the BJP’s national council meeting was full of VVIPs, albeit of a party out of power. Apart from a former deputy PM, over a dozen former cabinet ministers, a few MPs, a sitting deputy CM and a dozen groggy journalists, there were only a handful of passengers who were not headed for the BJP’s grand event. “The BJP has too many eggs in this basket,” a senior leader known for his sharp wit told passing journalists as he took his seat near LK Advani.

During the course of the flight, Advani walked down the aisle to meet journalists and BJP leaders. An Indian couple from China even asked him to pose for a picture. “You look like my grandfather,” the young woman told him. “After a certain age, people start resembling each other,” he told her politely. A very different Advani from the one we saw lifting dumbbells during the 2009 poll campaign.

The hypocrisy of the CPM and CPI are very much in evidence at Munnar, where Kerala’s Left Front government is launching an anti-encroachment drive. In the name of protecting the region’s fragile ecology, it is likely to demolish two small check dams constructed  ‘illegally’ by Tata Tea on the land leased to it. But besides taking on the Tatas, the government does not seem keen on retrieving public land from tourism ventures and resort mafias who reportedly obtained it fraudulently. Interestingly, local offices of both the CPM and CPI are located on encroached land. It is an open secret that most encroachments happened under the CPM’s patronage. But no CPM-backed encroacher has faced any action so far. In fact, this current pretence of taking action started only after the Kerala High Court observation that Mother Earth was being raped in Munnar.