In Defence of the MPs’ Pay Hike

It is utterly graceless to grudge parliamentarians their pay hike—for a variety of reasons that matter to the future of Indian democracy. 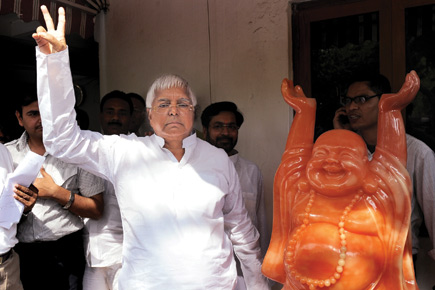 It is utterly graceless to grudge parliamentarians their pay hike—for a variety of reasons that matter to the future of Indian democracy.


Members of Parliament giving themselves a hefty pay hike endorses the stereotype of a self-serving political class that is cynically uncaring about the people’s needs but is very zealous about fulfilling its own. It was to escape flak generated by such imagery, presumably, that leaders of the Left opposed the move to increase Indian MPs’ salaries and BJP leader LK Advani told his party parliamentarians that they should refrain from speaking in public on the issue.

Yet, the public impression left by last week’s brouhaha by MPs over their pay packets does Indian democracy a disservice. It masks a worrisome malaise that is fast taking hold of Indian politics.

Why shouldn’t there be a periodic upward revision of salaries so that the people’s representatives can do their jobs better and live with dignity? The unrevised monthly MP salary of Rs 16,000 would have kept Indian law-makers at the pay level of Class IV government employees. That would be rank unfair, all the more so since the Sixth Pay Commission of 2009 bumped up the salaries of state employees very generously; those who were getting Rs 16,000 suddenly saw their pay-cheques become thrice as big.

Parliamentarians have merely got the same deal. Of course, those who grudge them their hike often point at the abundance of allowances and perks they enjoy, especially their residential and other facilities. But these, let’s be fair, do serve a purpose in helping MPs attend to their public responsibilities. An overcrowded India needs to grant politicians adequate space for public interaction. And travel, they must. Communicate long-distance, too. Quantifying these alleged ‘perks’ and portraying them as a reflection of politicians’ ‘greed’ amounts to gross disrespect for the people who elect them and vest them with the responsibility of governing the country.

The ‘cost-to-the-nation’ argument, based on figures totted up by those who calculate the market cost of all these facilities, is not just bogus but also smacks of utter disregard for parliamentary democracy. There are not that many MPs, really, and the sum total is an infinitesimal fraction of the public funds they must use for the country every year.

Moreover, joining politics should not mean ceding the right to live with dignity. Integrity may be a matter of personal probity, but a reasonable salary makes it easier to resist corrupt influences. A decent pay also widens the entry doors for professionals who may not otherwise opt for politics. Indian democracy was once studded with star lawyers and the like. Today, attracting such high-calibre talent requires that the difference in earnings should not be a deterrent. Once people who could well have made lucrative careers for themselves enter politics, people will despise these men in white a lot less. This is a good way to restore the image of mass leadership.

A dignified salary for MPs is also necessary to end the popular impression that politics is a game that only rich people can play. The impression is not baseless. Over 58 per cent of the current Lok Sabha’s members have declared assets of more than Rs 1 crore. To them, earning Rs 16,000 or Rs 50,000 (the revised pay) does not matter in the least. But to those who are in Parliament merely on the strength of popular support, a salary that allows them to run their household smoothly will only enhance their output.

Even the demand of some MPs that their basic salary should be at least one rupee more than the country’s top bureaucrats’ salary of Rs 80,000 per month is not unreasonable. No matter how outrageous it may sound, this is based on sound logic. Sooner or later, a proper debate must start on why the people’s representatives should not get remunerative precedence over those who hold permanent government jobs. Also, why should law makers draw less money than those entrusted with the task of implementing their decisions?

True, the ruckus in Parliament created by MPs unhappy with their 200 per cent pay hike was unseemly. But no less awkward is the fact that MPs have to raise their own salaries. They do not have the benefit of an authorised panel watching out for them. It would be good for Indian politics if a proper pay commission, comprising non-parliamentarian experts, could determine periodic revisions in the salaries, perks and allowances of an MP.

The Left parties have already asked for such a mechanism, saying that this would be far more ethical. “We have been consistently opposed to the concept of MPs themselves deciding on their own pay structure. That is why we have withdrawn from the Parliamentary Committee which decides on this matter,” says CPM Politburo member Sitaram Yechury. Echoes CPI leader Gurudas Dasgupta: “We are law makers and should not make laws that give us additional financial benefit, especially because there is serious economic distress and unemployment in India.”