Despite Chidambaram’s counsel, people continue to invest in gold because it makes sense to do so 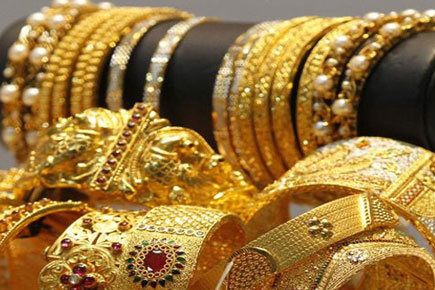 Despite Chidambaram’s counsel, people continue to invest in gold because it makes sense to do so


Sometimes, it pays to go by conventional wisdom rather than what financial gurus exhort us to believe. India’s huge penchant for gold is one such case, where people have ignored the advice of financial experts not to invest in the metal.

Many argue that investment in gold in a developing country like India is unproductive, as it enriches individuals at the cost of the nation’s economic growth.

Just recently, Union Finance Minister P Chidambaram urged people not to buy gold. Financial experts say that since India’s humongous appetite for gold is met entirely through imports that need to be paid for in dollars, Chidambaram’s appeal to the people is reasonable.

“India’s ability to earn sufficient dollars through its exports to settle its imports is severely constrained due to the global economic slowdown,” says Raghvendra Nath, managing director of Ladderup Wealth Management Pvt Ltd. Gold is one of the key components of India’s imports, he says, and the country’s cultural affinity for the metal has damaged its finances. India runs a huge current account deficit, which suggests that the inflow of dollars through exports and inward remittances is far less than the required outflow. Being the largest consumer of gold, India paid above $50 billion last year to import about a thousand tonnes of gold.

Analysts are not very hopeful, saying it is difficult to change this culture overnight, especially since simple economics suggests buying gold is a sensible course of action. “While culture does adapt to changed socio-economic realities, the economic rationale for doing so has never been presented before the people to divert their saving away from gold,” says Phani Sekhar, a fund manager with Angel Broking.

Not only does the country remain grossly under-banked, interest earnings from sources such as fixed deposits and saving certificates are swallowed by higher inflation, which, according to Nath, is a “reason why the savings rate in the country has fallen significantly.” In situations where high inflation accompanies a slowdown in growth, people flock towards gold.

“In the last seven years, people have been proven right,” Nath says, “because gold in this period has outperformed almost every asset class.” Even in advanced economies, people have turned to buying gold in recent times, since the recession has eroded their faith in capital markets. Policies being followed by central banks there ensure loans at nominal rates of interest, helping people borrow cheaply to buy gold, thus increasing the speculative demand of the yellow metal. This rush of money has helped the metal appreciate by 500 per cent in the last ten years, making it even more attractive to Indian buyers.

While Indian investors, too, benefitted by joining the hype in international gold markets, the Indian state became a victim of their appetite, left with the clerical job of arranging dollars to satiate this demand. Notwithstanding the strain on the government, investment in gold earned people returns far above the rate of inflation. Moreover, unlike any other investment, buying gold does not require a Pan card or other identity proof.

The Indian government has recently tried to offer alternatives to gold by launching inflation indexed bonds (IIBs), where returns to investors are kept above the rate of inflation. But linking such returns to wholesale inflation defeats the purpose, because it is inflation at the retail level that actually matters to ordinary people. Since wholesale inflation has descended from its elevated levels of last year, the government has preferred to choose wholesale over retail inflation, as that limits its obligation. But unless the government pegs these bonds to consumer price inflation, which is still in double digits, the objective—channelising savings towards developmental activities—would be defeated.

With consumer price inflation yet to be tamed, the government is aware that natural demand for gold can’t be regulated. It has instead been using gentle nudges to dilute speculative demand, like hiking import duty in small successive steps to 8 per cent and restricting gold imports by banks. These measures are yet to yield results, and experts feel they may even prove counter-productive. Such measures might curtail some demand, but if they are strengthened further, it could encourage smuggling, besides affecting the livelihoods of about 3 million people employed in the gold industry.

Nath explains that recent suggestions by the US’ central bank to scale back its liquidity support—which will, among other things, make loans at nominal rates difficult to obtain—has caused gold prices to crash from $1,900 to $1,300 per ounce (31 grams), but such gains are not fully reflected in the rupee prices of gold. “Import duties and the rupee’s depreciation have artificially taken up the rupee price of gold, thus giving an impression that gold prices would never come down, as was expected by its recent fall internationally,” says Nath.

The best way to take the zing out of gold, experts say, is to contain inflation. Till that happens, the gold hype will remain intact. Globally, many feel that the withdrawal of stimulus by the US Federal Reserve could derail the apparent recovery seen recently in the US economy. In such an event, the central bank would either continue its cheap money policy (depending upon its residual firepower), or the prolonged bout of recession would persist. Either of these scenarios would help gold to scale new heights, making it still more attractive to the average Indian buyer.