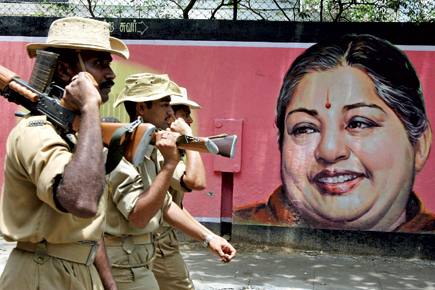 Last week, A Supreme Court bench headed by Chief Justice P Sathasivam commuted to life imprisonment the death sentences awarded to three men involved in the Rajiv Gandhi assassination of 1991. The three—Perarivalan, Murugan and Santhan, two Sri Lankan Tamils and one Indian Tamil—got a reprieve on account of an 11-year delay by the State in taking a call on their petitions for mercy. The court order evoked strong reactions across India, even as the last photograph of the explosion scene in Sriperumbudur went viral overnight on the internet, reviving memories of the assassination carried out by activists of a terrorist group that was finally crushed by the Sri Lankan army only in 2009, the Liberation Tigers of Tamil Eelam (LTTE).

What transpired next, however, was shocking: an outpouring of sympathy for the former Prime Minister’s killers from political parties across the ideological spectrum in Tamil Nadu. Chief Minister J Jayalalithaa announced that her government would release all seven indicted in the case, including the three taken off death row. In doing so, she was playing politics with an issue that still haunts the nation well over two decades later, mainly to checkmate archrival and ardent Eelam enthusiast M Karunanidhi. The DMK chief, reacting to the court order, had said that he would be happier were the assassins freed from custody. Ironically, Jayalalithaa had once been a vociferous critic of the LTTE, letting the DMK monopolise a votebank that empathised with the long-suffering Tamils of Sri Lanka and their struggle for a separate state of Eelam carved out of Sri Lanka. It was an empathy that began turning to anger at Rajiv Gandhi’s 1987 decision as PM to send an Indian Peace Keeping Force to Sri Lanka at the behest of its then government, a force that ended up in a bloody conflict with the LTTE.

With a general election due soon, a revival of this emotive issue could not have come at a more opportune time for Tamil Nadu’s top politicians. Jayalalithaa’s pre-poll gambit resulted in the unseemly spectacle of populists tumbling over one another to be seen as better espousing the cause of the three killers. The MDMK’s Vaiko, a long- standing apostle of Tamil Eelam, promptly thanked the CM for her “considered” gesture. Her decision to use the state’s power to free them irrespective of the Centre’s stance, however, was challenged by the UPA, leading to the apex court staying the decision on the three while leaving open the fate of the other four. On his part, Karunanidhi accused Amma of resorting to a political ploy to hoodwink voters.

Human rights activists were quick to join Tamil Nadu’s politicians. While the state government is set to argue its case legally, the court’s order remains debatable—for it involves the assassination of a former Prime Minister. A similar order in any other case, doubtless, would get far less public attention, let alone trigger this kind of political jousting.

Although the death penalty has been on Indian statute books for a while now, it has seldom been executed, reserved as it is for ‘rarest of rare’ cases. By official records, the country has about 500 criminals currently on death row. Political parties in Tamil Nadu, including the latest entrant to ‘clemency politics’, Jayalalithaa, have entered the debate not because of their revulsion to the principle of retributive justice; even in routine dealings with archrivals, for instance, they are known to prefer ‘a whole-jaw- for-a-tooth’ as their penal motto.

Opponents of capital punishment often argue that since it is irreversible, those falsely adjudged ‘guilty’ could well fall unintended victims. Moreover, they contend, the justice system should rest on rehabilitation and not retribution. Weighty arguments, indeed. But then, there exist justifiable arguments to the contrary: among them, nothing assures victims of a particularly heinous crime, especially murder, a better psychological sense of closure.

The closure argument has been rejected by Rajiv’s son Rahul, who, in his response to the Judiciary’s reprieve, asserted that he was against death penalty. On the Tamil Nadu CM’s subsequent statement in the Assembly, however, he expressed sadness that the state government was trying to free his father’s killers. “When even those who killed a Prime Minister of this country are released with abandon, how can an ordinary person get justice? In this country, even the Prime Minister begs for justice,” he said.

It is this crucial question of justice for the families of victims— and there were many—of the Sriperumbudur attack of 21 May 1991 that is being subverted by political expediency in Tamil Nadu, a phenomenon that seems to loom larger than the gigantic cut-outs of politicians that dot Chennai’s urbanscape.

In New Delhi, Prime Minister Manmohan Singh has condemned the state government’s decision. The assassination of Rajiv Gandhi was an attack by the foulest of terrorists on the very soul of India, he said. And the Union Cabinet has now moved the Supreme Court seeking a review of its order.

None of this, unfortunately, will deter Tamil Nadu politicians from feasting on the death of Rajiv Gandhi.