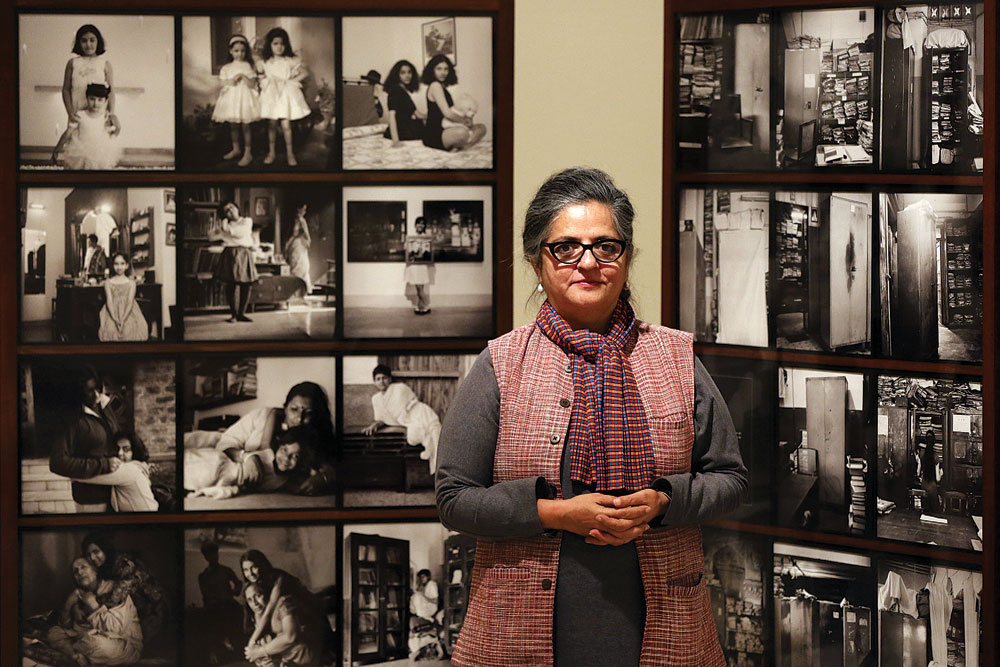 She has always described herself not as a photographer but as a ‘bookmaker working with photography’. While she is best known for her photographs that tell of lives lived and moments passed, her most recent work titled ‘Museum of Chance’ truly sets her apart from her peers. Instead of being content with the acclaim that she has won over the years, she has reconfigured the idea of the book and the idea of the photograph. In ‘Museum of Chance’ (Steidl, 2014) each photograph grows into a page, which grows into a book mounted on a wall. Author and photographer, Teju Cole writes of it: ‘Like a tightly edited song cycle, the project is impossible to reduce to its synopsis. It unfolds, one page after the other, like a dream.’

“With ‘Museum of Chance’ I finally found the way to make a work that is a book as well as the exhibition of the book. The single image or note would never be divorced now from the full symphony or sequence. Each book cover led to the full symphony that was inside. Even if you can only see the front image, I know that the full symphony is waiting inside.”