The effort to enforce accountability upon India’s Judiciary is in danger of stalling. A look at what’s taking so awfully long. 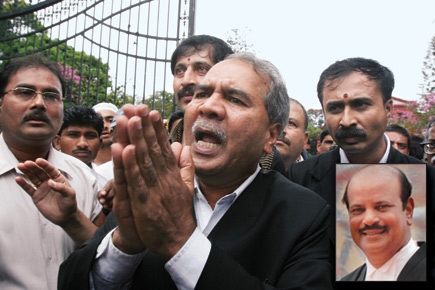 The effort to enforce accountability upon India’s Judiciary is in danger of stalling. Why is it taking so long?


It started as a campaign against the elevation of a chief justice of a high court to the Supreme Court of India, but could end up as an impeachment motion. Next week in Parliament could see such a motion against Justice PD Dinakaran, Chief Justice of the Karnataka High Court. Allegations of impropriety against judges are no longer a rarity, but impeachment motions remain ‘rarest of rare’ cases in Indian jurisprudence. Historically, so far, there have been just two. In 1993, the one moved against Justice V Ramaswami, then Chief Justice of the Punjab and Haryana High Court, fell through. The next one, moved 15 years later in the Rajya Sabha, was against Justice Soumitra Sen, and is still pending.

Yet, with impeachment being the only, albeit tedious, means available to oust a judge from office, top jurists say it must be accorded utmost urgency. “There will be an impeachment motion against Justice Dinakaran in Parliament in the next few days,” former law minister and advocate Shanti Bhushan tells Open.

Members of the Campaign for Judicial Accountability and Judicial Reforms have been circulating a 56-page document—the proposed notice of motion—among Members of Parliament (MPs) for support. It broadly lists 12 counts of misconduct by Justice Dinakaran that include possessing wealth disproportionate to his known income, unlawfully securing housing board plots, conducting benami transactions, acquiring land in violation of the Land Ceiling Act, illegal construction, destroying evidence and obstructing public servants on duty—all punishable under Indian law. The proposed notice of motion also lists acts of alleged judicial abuse by the judge (item No 12), elaborating how he allegedly passed ‘dishonest judicial orders… to favour a few individuals or for his own unjust enrichment’.

While Justice Dinakaran has dubbed the allegations against him as a ‘malicious campaign’ and sought to end the controversy with his “I will come out of this with clean hands” remark in an interview, Supreme Court lawyer and Campaign convenor Prashant Bhushan says that over 100 MPs have promised support to the impeachment motion. A motion can be moved in the Rajya Sabha if signed by 50 members—or in the Lok Sabha if 100 MPs sign it. For the impeachment to go through, however, it must be passed by a two-thirds majority in Parliament.

D Raja, Communist Party of India (CPI) leader and Rajya Sabha MP, says the Left will take a collective decision on the matter: “It is a matter of judicial corruption, there should be no problem in supporting it. But there is not just one Dinakaran. The Government needs to take comprehensive steps to tackle judicial corruption.” Raja cites the example of the pending Justice Sen impeachment. The campaign against Justice Dinakaran started gathering momentum only in September. At a meeting held on 26 August, the Supreme Court Collegium—a body comprising India’s top judges that appoints judges to the Supreme Court and state high courts—headed by the Chief Justice of India (CJI), had cleared five names for elevation as judges. Chief Justices Ananga Kumar Patnaik, Tirath Singh Thakur, Surinder Singh Nijjar, KS Radhakrishnan and PD Dinakaran were to become judges of India’s apex court.

Within days, senior advocates, including former law ministers Shanti Bhushan and Ram Jethmalani and jurist Fali S Nariman, shot off different letters in all directions: to President Pratibha Patil, Prime Minister Manmohan Singh, Union Law Minister Veerappa Moily and CJI KG Balakrishnan. While the contents and tone of the letters varied from naming Justice Dinakaran directly to mentioning ‘a senior judge’ being considered for elevation, the demand was the same: probe allegations against Justice Dinakaran before promoting him.

Though the move has clouded the prospects of Justice Dinakaran’s elevation, both the Government and the Supreme Court Collegium have sought to put the ball in each other’s court on the matter of taking action against him. On 17 November, the other four judges on the list cleared in August took oath as judges of the apex court after the Collegium asked the Government for Justice Dinakaran’s promotion to be ‘delinked’ from that of the others. Around the same time, CJI Balakrishnan wrote to Moily, requesting the Government to probe the allegations against the Karnataka judge. The CJI contended that the Collegium has no mechanism to assess such allegations and it would be for the Government to conduct an inquiry and take a decision on the basis of its outcome.

After looking up the memorandum of procedure (MoP) for appointments to the higher Judiciary, the Ministry wrote back saying that the rules have no provision for an inquiry by the Executive. Despite repeated attempts for two days, Moily was not available for any comment on the matter, but he told the Rajya Sabha in a written reply on 7 December that, ‘a view on the allegations made against one of the chief justices is to be taken by the Chief Justice of India as per the existing procedure’. In recent media interactions, Moily has maintained that allegations against a judge “are not a matter of public debate”.

This attitude of looking the other way, contends Shanti Bhushan, has underlined the response of successive governments and led to an increase in cases of judicial impropriety. “The Government should have taken the initiative to put a mechanism for judicial accountability into place. They should have had a law in place by now by bringing in a Constitutional amendment to constitute a body with full-time members to investigate corruption in the judiciary,” he says, adding, “The Veeraswami judgement—which prohibits the registration of an FIR against a judge without the clearance of the CJI—gave complete immunity to judges to indulge in corruption. The Government should have reacted after that.”

Ram Jethmalani, also a former union law minister, goes a step further in indicting the Government, which he feels is “indifferent” to the conduct of judges. “The Government’s role is to find out what is on, but if the Government itself wants to corrupt the judges, what can you do?” he asks.

The last UPA regime introduced the Judges (Inquiry) Bill in 2006 to look into complaints against judges. But the Government conveniently put the Bill in cold storage, despite the submission of a report within nine months by the Parliamentary Standing Committee on Law and Justice appointed to look into it.

Moily now says that the Government wants to move a more comprehensive Bill to tackle judicial corruption. “We had gone into a very elaborate exercise at that time to prepare the report,” says Dr EMS Natchiappan, who headed the standing committee. It had held detailed discussions with former CJIs and jurists to evolve a formula of having a screening committee look into complaints against judges (to be forwarded to the National Judicial Council, a proposed body to take action against errant judges). “Right now, the screening process involves 50 Rajya Sabha or 100 Lok Sabha MPs before a motion of impeachment can be brought into Parliament. We cut it down to a small five-member committee with one member of each house,” he explains. But the entire effort to enforce accountability was brought to naught by the Government’s inaction.

“It is high time now. People want statutory support for accountability in the Judiciary,” says Dr Natchiappan, “There is overwhelming support for it now from different quarters. On the other hand, complaints against judges are mounting.”

The Advocates Association of Bangalore, which has been demanding Justice Dinakaran’s resignation or removal, had passed a resolution in September requesting judges of the Karnataka High Court to declare their assets. “Out of 35 judges, one has declared,” reveals KN Puttegowda, president of the association. “We address a judge as ‘lord’, he should act like a lord,” he adds.