A Budget that captures the spirit of Modi’s modernisation 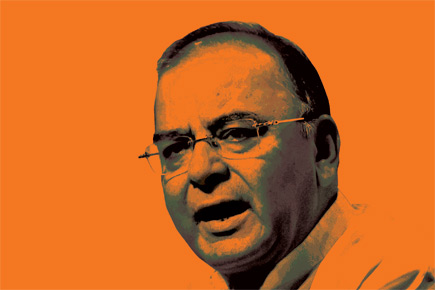 A Budget that captures the spirit of Modi’s modernisation

The rent-a-quote pundits of television studios on the budget day were unimpressed as his document of change did not contain the hysteria associated with the exercise in the past, but the discerning conceded that Arun Jaitley’s maiden budget pointed to the direction that the Indian economy would take under Narendra Modi’s leadership. The aspirational class will not be chained, entrepreneurs will not be fettered, the investor will not be treated with suspicion and those wanting self employment will be provided with opportunities. In his Budget speech, Jaitley acknowledged that the patience of the average citizen was running out. “The country is in no mood to suffer unemployment, inadequate basic amenities, lack of infrastructure and apathetic governance,” he admitted in the preamble of his speech.

As Jaitley pointed out, the economic situation is grim: a two-year spell of less than 5 per cent growth, low investor confidence, signs of a failing monsoon, and high prices. The choices are few. The policy drift cannot be allowed to carry on and the country just cannot afford to convert the exchequer into a candy-dispensing machine to please powerful interest groups. Instead the focus was on how to rise to the expectations of a middle-class that wants to make it big in the professional world. US President Barack Obama recently acknowledged the strength of the rising middle-class in countries such as India, which he said is now competing with Americans themselves, besides making Indian leaders bolder in seeking more say in global forums. The middle-class in India constitutes close to 20 per cent of the country’s population, and is expected to touch 250 million by next year, according to projections by McKinsey.

The middle-class, a constituency that stood by Modi, has been looking for a rise in tax exemption limits in the face of high inflation, and Jaitley has met their expectations in this Budget for fiscal 2014-15.

The new Government prides itself in self-belief, and the Budget has announced incentives to promote self employment. Among them is a plan to prompt start-up companies through the creation of the Rs 10,000 crore fund for providing equity, quasi equity, soft loans and other risk capital for firms set up by entrepreneurs. “More people will be able to stand on their feet and will create an entrepreneur mission in the country,” Jaitley said after the presentation of the Budget.

The answer to their woes at this juncture is not a Poland- style big-bang budget, or shock therapy, but a document that addresses structural issues. In this department, Jaitley has a lot to offer. The emphasis on infrastructure is certain to produce the desired results, as the new Budget allows banks to raise long-term funds for infrastructure without pre-emption— no SLR (banks’ mandatory investment in government bonds), no CRR (chunk of deposits banks need to keep with the Reserve Bank of India), no priority-sector requirement. Surely, the coming days could see funding for the National Highway Authority of India go up substantially.

The Budget also recognises PPPs as the primary source of funds and management. Not many would contest the claim that if the plan succeeds, there would be rapid urbanisation and upgradation of urban and rural facilities.

The institution of an Expenditure Commission—it will be asked to give its interim report before the end of this fiscal—is expected to devise ways to prune non-merit subsidies. In his speech, Jaitley has promised to overhaul the subsidy regime in India’s food and petroleum sectors.

The decision to allow greater FDI participation in the insurance and defence sectors as well as steps to end ‘tax terror’ will be welcomed by investors who had turned jittery after the imposition of retrospective tax on Britain’s Vodafone by the UPA Government. Jaitley has said that the NDA Government would set up a high-level committee to review tax claims.

Unlike previous governments, where coalition pressures were more a norm than an exception, the Modi regime has sufficient elbow room to act on its promises. Recall that the Insurance Bill was being held up because of pressures within the Government. On policy issues, the previous Prime Minister had to engage in negotiations with allies who were not open to compromise. The allies were out to win, usually at any cost, even if their positions went against the larger public good. In the new Government, Modi’s wish is the NDA command. This Budget is an expression of that wish.